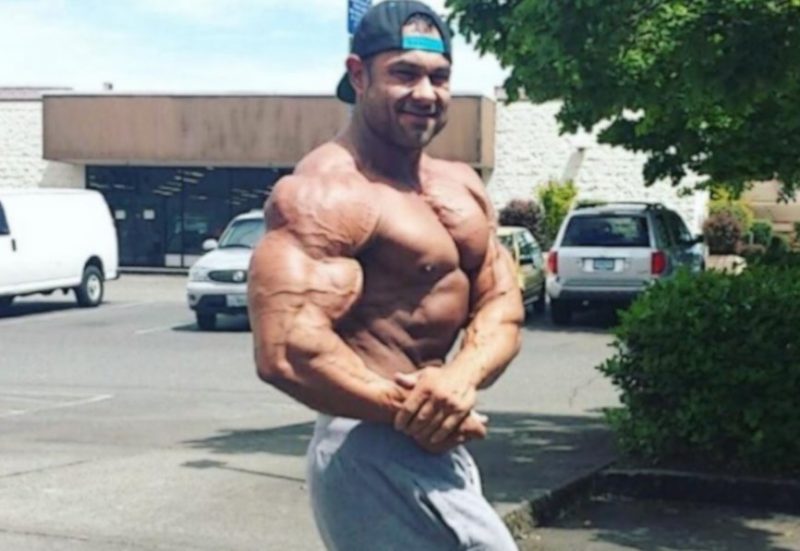 There are times when the bodybuilding community comes together and really makes the case for this whole sport, being far bigger than just that. We’ve seen it with the passing of Dallas McCarver and now we see it, again, with the passing of Matt Porter. When I first saw the news, I couldn’t believe it. I immediately wanted to think it was a hoax or fake news. While I wasn’t friends with Matt and I don’t think I ever even met him, I felt my heart drop.

I travel so extensively and meet so many people, that I can’t definitively say our paths never crossed, but I knew exactly who he was and what he was all about. What I can say with certainty, is that he helped a great many people, including personal friends of mine. His ability to prep clients, bringing them at the very best they’d ever been to the stage, was undeniable. Competitors swear by coaches who listen to them, who are accessible, knowledgeable, and who truly care. Matt embodied all these wonderful qualities. He was also a celebrated competitor, bringing quality muscle and condition to the stage. Further to that, and much more importantly, he loved the sport.

There’s bodybuilders who compete and prep clients and do very well, but they also treat the sport like a 9-5 job. The people who love bodybuilding, who do it out of love, they never turn the button off. People like Matt, they do interviews, appear on podcasts, and bodybuilding tv shows. They always want to give back to their fellow competitors, the fans, and people discovering the sport for the first time. In many ways, Matt Porter was a wonderful ambassador for the sport of bodybuilding. There’s no question about that.

The passing of anyone in our community is truly a tragedy, but what compounds the grief, is when we have friends who pass at a young age. The fact someone passes in his 30’s, with a wife, and very young child, is absolutely heartbreaking. The stage and bodybuilding aside, this was a real family man, with people who loved him and depended on him. This is why I think it’s so wonderful that some really awesome people came together and started a GoFundMe to help his widow and child. I’m including the link below and hope you share it and consider donating. Donate what feels rights or share the page/article to your social media feeds. Sometimes, if you’re not in a position to donate, by sharing the post/link, maybe people you know are. The important thing is to get the word out.

In reading Matt’s wife’s post on social media, I also empathized with her because of the fact that her privacy wasn’t respected. She confided in only a select few and at least one of these folks simply couldn’t keep it quiet. The truth is, though, that while there’s been an outpouring of support, his family didn’t get to grieve in the way they would have wanted. That’s upsetting, but everyone has come together, and I hope that at least brings a little bit of support.

What I really wouldn’t like to see and something we haven’t seen thus far, are the rumor mills, the clickbait videos, and the haters. We saw quite a bit of it after we lost Dallas, but hopefully the community has evolved since then.

I’m also angry at the doctors, because who knows, if maybe they hadn’t been as dismissive, maybe things would be different. Medical professionals don’t understand bodybuilding, they don’t understand the diets, the training, or the supplements. I’d venture to say that a lot of bodybuilders know their bodies more so than an ultrasound or new age piece of technology could. If a patient tells a doctor, or healthcare professional, something’s not right and this person is not a hypochondriac or the like, then I think the medical community should look for a better answer than brushing everything off as ‘inconclusive.’ They should dig a little deeper, run more tests, but dismissing patients who are clearly aware something’s wrong, isn’t just negligent, it’s downright reckless.

In summation, I’d simply like to send my sincerest condolences to the family, I’d like to commend the bodybuilding community for coming together during this difficult time, and I’d like implore anyone reading this to donate. It looks like the campaign goal will be reached shortly, but keep donating, keep sharing the link, and send as much money, prayers, and good vibes as possible. Let’s also do some self- policing. If we see or hear anyone talking crap online, let’s not put up with that. Let’s address it and roundly condemn it. There should be no place on bodybuilding groups or message boards for people trolling and/or creating rumor mills out of this tragedy.

I thank you for reading my article, here at Iron Magazine. Sending prayers to the Porter Family and their extended circles.