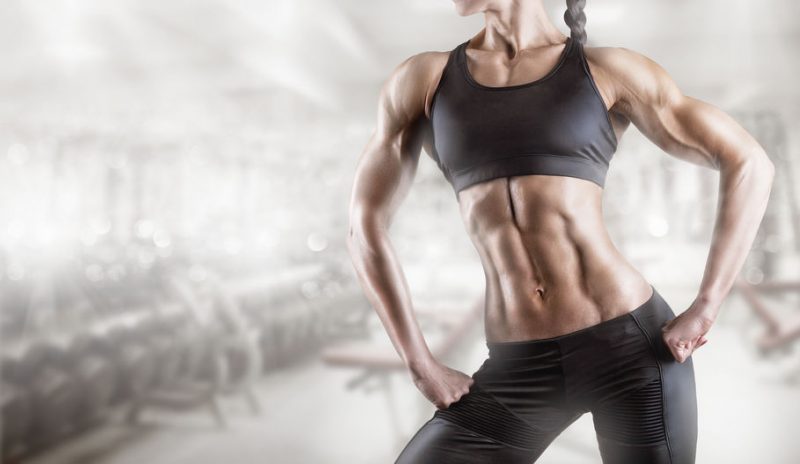 I remember back in the day when fitness shows were on television. ESPN was airing them and personalities like Kiana Tom and Denise Austin were making you sweat right in the privacy of our own homes. Then with a snap of ESPN’s fingers, they all disappeared, even Gilad – remember that guy? I’m not sure what happened, but between then and now a shift has happened in the fitness industry. And unfortunately, the fitness industry is no longer the fitness industry.

Do you even work out?

I’m not even going to get into the Photoshopping going on today as I feel like that has been beaten to death even though some people still think they are being sneaky by doctoring up each of their photos (I’ve also written about that topic in the past). But, the more I look at the fitness industry, the more I see it’s flooded with self-centered individuals who are more focused on taking selfies than they are with fitness itself. The fitness aspect is simply a facade.

Since when was taking a photo of your glutes or boobs related to fitness? You know, the ones shot in bathrooms where EVERY pose is the same because the position accentuates their “assets.” Sure, guys like looking at them, but where is the correlation between fitness and exercise, and fake boobs and butts? It’s blatant. Look, I’m not dumb. I know fake when I see it. I think most people can too. I also understand that a high percentage of women in the industry have enhancements done to help with their “look” both on stage and off. They give off a “fuller” look compared to someone who is completely straight up and down regardless if they are viewed from the front or the back. And sex sells.

Guys in the industry obviously need to be muscular, lean, and majority of them fit the part. But even guys are narcissistic in how they market themselves. I understand their body is their brand and they need to show it off, but most of them are more interested in making money for their “brand” than they are focusing on fitness which is the industry they are in.

One individual who I worked closely with when I was at MET-Rx and someone who I believe represented the industry to the fullest and was the largest ambassador was Greg Plitt. Greg and I worked on many projects during his time on this earth and I can truly say that he wanted to promote fitness to anyone and everyone as well as be a source of motivation for them to get out and take charge of their own life. Those in the industry today, not so much – which is a shame. I’ve learned a lot from Greg as have many others. It’s a shame he was taken from us all way too soon.

Today the greatest asset someone in the fitness industry possesses is a selfie-stick and phone – large mirror with perfect lighting are optional as they can apply filters to enhance their physique and upload it to their social media platforms.

Times have changed, but the message should still be the same – it’s not

Maybe I’m an outlier here and I’m sure there are going to be many people in the industry who this article will offend. But, those who are offended are probably the same people I’m talking about, so I’m fine with it.

I appreciate those in the industry who still post workouts. Who still talk about technique, tips, and supply guidance to those who seek it. That’s something that I think Greg did better than anyone else in the industry – including everyone out there today who are trying to copy his model for their own business.

I’m no fitness model and I don’t pretend to be. I’m not lean year-round. I’m not on the cover of every fitness magazine (although I have been on a cover before). And I’m not a model for different photoshoots where businesses want to use my image. Me, I’m more about fitness than the “look” and “cool factor” that comes along with it. I’m not looking for my body to be the reason someone follows me. Sure, I appreciate those who are insanely lean and look great all year round, but for me, I’d rather help spread the message of fitness through content than through a photo.

So, where did we slide out of control?

We didn’t get to this point overnight, and likewise nothing will change overnight even if we wanted to revert back to yesteryears. I’m not going to be able to change the world by myself and I’m not going to stand up on my soapbox and act like I’m the voice of reason. Our industry changed because we let it, so we really have no one to blame but ourselves. I’m just worried about what lies ahead for the fitness industry.

I simply feel like our industry has gotten out of hand and lost the true meaning and reasoning for exercise and living a healthier lifestyle. Sure, it creates a better physique, but that alone shouldn’t be the only reason we are exercising. We need to stop idolizing “physiques” and start idolizing the process and the benefits.

Getting in shape to attract the opposite sex is a common way that people start frequenting the gym, but it can’t be the only. So, put down your selfie-sticks, walk away from the mirror, and save your money on the fake butt you were thinking of getting. That doesn’t represent our industry and never should have. Be proud of the work you have put in and keep working towards your goals.

Don’t let someone who took the easy way out entice you into following in their footsteps and going under the knife. We live in a world where we feel the need for instant gratification. We want to look like this person or that person yesterday. And no one seems to truly want to put in the world if there is an easier way out.

We are all unique. And we should all be proud of that fact. I’ll speak for myself when I say, I don’t want to look like everyone else. I think that’s one of the reasons so many people exercise today since over 60% of Americans are overweight. The alternative of being overweight and unhealthy isn’t the way most want to live their lives. If exercise and getting results were easy, we’d all look like fitness models these days – but, that’s not the case. Embrace the process and stop idolizing those who cheated to get to where they are. They shouldn’t be role models or even someone you look up to. With hard work and dedication, you can achieve your goals. Let’s put the FIT back in FITNESS. No shortcuts.