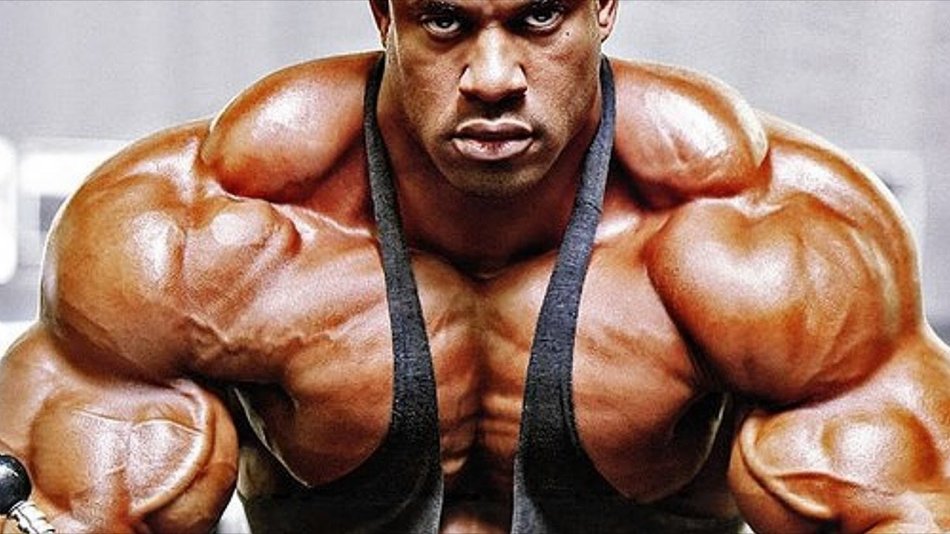 If you’ve been a fan of bodybuilding for more than ten years, then you know the name Victor Martinez. Hell, if you’re any kind of fan of bodybuilding, you should be very familiar with Victor. In 2007, he won the Arnold Classic and took a razor sharp runner-up to Jay Cutler at the Mr. Olympia.

His professional career has spanned well over a decade and a half, earning big wins, top honors, and gaining fans all over the world. Unlike his contemporaries, Martinez inked with one company and became a fixture of it throughout the industry. His other long running sponsor, Muscular Development, showcased him prominently. His ties to MHP and MD were huge to his success and he, in turn, was great for them. That’s what you call win-win relationships.

Consistency is a key part of The Dominican Dominator’s success. It’s a concept lost upon a lot of the greats, many of which just bounce around, aimlessly. Victor isn’t a flip flopper, he speaks his mind, and he’s a champion who should be taken very seriously. He sees the big picture, always has.

Martinez is old school. He’s also very loyal to his friends, showing them love and support in all settings. Take his friendship with Kai Greene. Whenever other competitors would have some fun, at Greene’s expense, like at the Olympia press conferences, many laughed, but not Martinez. That might be a little thing to you, but to defy the crowd, is old school. If someone pokes fun at your friend, you don’t laugh. If someone says something you don’t agree, you don’t kowtow to just go with the flow. Martinez is also an product of his surroundings; he’s a real New Yorker and that also speaks directly to that old school set of code, honor, and work ethic. Frank Sinatra said it best, if you can make it in New York, you can make it anywhere.

Age, especially in his case, is just a number. I can’t tell you how much I believe that to be the case. With that being said, there’s guys we celebrate as delaying the aging process, guys like Dexter Jackson, Darrem “Scarem” Charles, and The X Man Tony Freeman, are just a few that come to mind. We can’t forget Masters Mr. O Vince Taylor, either, but one name that’s often forgotten, is Victor Martinez.

For many, he’s ageless. His fans remember him as the uncrowned champ of 2007 or the Arnold Classic Champ, but they don’t see him as aging from that point. They also don’t realize he’s been active as of late, as well. This past decade was good to Victor, too. From winning the Arnold Classic Spain to a huge win in Canada, to wins stateside, in 2016 and 2017, Victor has stayed on top, despite being off the radar. At 46 years of age, the mere mention of Martinez on stage, particularly in Columbus, is enough to inspire great concern by the competition. Could Victor win the Arnold? Well, he won it before, so anything’s possible.

One key component, beyond merely gauging any one bodybuilder’s chances of winning, is entertainment. I spoke about entertainment on my recent article on the 212 Division for Iron Magazine and I’ll be happy to discuss it here, in the context of the 2020 Arnold Classic, as well.

With the absence of Shawn Rhoden, the absence of 2019 champion Brandon Curry, and the rumored absence of others, having a familiar name like Victor Martinez in the mix, is key. Fans from all over the world, will wait patiently for autographs, photos, and high fives. Victor was all over the magazines, he was featured in the huge promos at the biggest expos, and like other uncrowned superstars, what he lacked in titles, he gained in the die hard loyalty of his supporters. Fans love the champions, but they keep a special place in their hearts for those who never quite got the W’s. Guys like Kai Greene never won an Olympia, but he’s got more fans than the guy who beat him – then and now.

The media might look at Victor as an underdog. Some fans may even see him as a wildcard, but one can only imagine how Martinez sees himself. This is life as usual for him; this is what he does.

Think about this. With all the champions to choose from and with Jay Cutler at his heels, 8x Mr. Olympia Ronnie Coleman, the G.O.A.T., named Victor Martinez as his successor, as the next guy to win the Olympia and dominate the sport. Although Coleman’s prediction may not have been accurate then, it still shows us how much potential Martinez had, to impress a champion of Coleman’s level. The fact he’s still in the game today, is proof positive that this champion can still do it. I wouldn’t even call him winning a longshot.

Further, from an entertainment standpoint, you want guys like Victor at the big contests, and what I’m stating isn’t merely an opinion – it’s a fact. Don’t forget, no one qualifies for The Arnold, it’s purely an invitational. They could have invited any number of athletes, but they picked who they picked. The winnings in Columbus are huge, buzz is undeniable, and the media attention is second only to the Olympia. Forget about just the fitness press, but we’re talking mainstream publications and tv. When The Arnold takes place, Columbus totally shuts down. If you’ve never been to an Arnold, you owe it to yourself!!

The expo, alone, is a MONSTER!! Fans would go absolutely nuts if Victor cracked the Top 6, but again, placings have their place and entertainment has its. Just seeing Martinez, brings about a notable reaction. We don’t have that many guys that have been in the sport for as long as The Dominican Dominator, so that too is a major draw in and of itself.

I could have broken down his physique, I could have spoken about his training and diet, but who cares about that? Seriously, how many times has that already been documented and analysed? We don’t do fluff pieces here.

Ultimately, fans want the story, above even the freaky size and aesthetic lines. This article is about a champion who’s endured tragedy, suffered life’s many hardships, but never stopped bodybuilding. Where he places is one thing, but his impact on the sport is undeniable. I’m super excited he’ll be at The Arnold and plan on cheering for him when he hits the stage. I also plan on saying hello at the expo, along with all the thousands of other people, I’ll happily be waiting in line with.

Where do you see Victor placing, how excited are you that he’s actively competing, and what do you think the future holds for this superstar? I hope you enjoyed reading my article, here, at Iron Magazine.