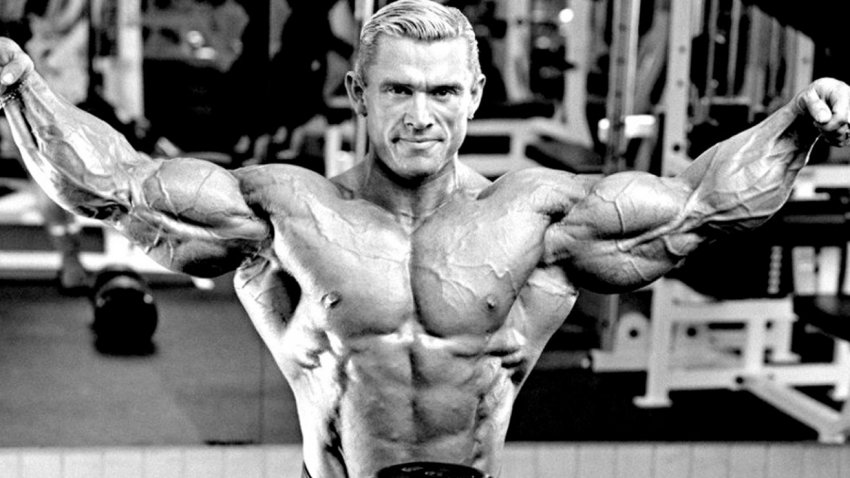 We’ve all heard the shocking news by now, that legendary bodybuilder Lee Priest was charged $80 to work out at Gold’s Gym Venice – The Mecca of Bodybuilding (known worldwide, btw). From the breaking news reports at RxMuscle and major YouTube channels like Nick’s Strength and Power, it seems everyone is up in arms. Priest, who’s considered to be one of the greatest bodybuilders from Newcastle ever, is widely supported by fans of all ages.

This is a man who was earning top placings, 15, 20, even 25 years ago in the greatest bodybuilding federation in the world. He even beat guys towering over him, like Chris Cormier, and placed Top 6 at the Mr. Olympia. Today, Priest has a decent social media force, often appearing beside Dave Palumbo. Additionally, Priest makes many videos from the back of a warehouse, sometimes even driving a forklift, as an added bonus. It’s crazy that Gold’s Gym, a facility made famous by the greats like Arnold, Frank Zane, and Franco, would ever charge someone on the level of Lee Priest an admission fee. In fact, wherever Priest goes, whether it’s packed fitness expos, seminars, or bodybuilding contests, it’s a given that several people will approach him, many wanting to give him a high-five, maybe to take a selfie, and many wanting autographs from one of the most iconic, most decorated, and most beloved bodybuilders of New South Wales. The truth is, it’s shocking to me that anyone would charge Priest a fee, in fact, I’m shocked anyone could even run the charge at the front desk without hyperventilating at the sheer monumental supernatural experience of being in his presence, but nonetheless, he was charged and here I am writing about it. What I’d like to do with this groundbreaking article, is address some key points. First, should gyms charge stars to train? Second, what do stars bring to the table. Third, what should the take-home message be?

Gyms usually require a building of some sort to operate. A building is needed to house the weights, cardio equipment, and office equipment (e.g. computers, copy machines, fax machines, etc). Most gyms have a roof, although there are a few open gyms like the one in Muscle Beach. A great many gyms like to have lights, air conditioning / heat, and a growing number like to throw in running water, as well. All of these things seem like givens; however, they all require money to run. Gyms get money through selling memberships. Generally, if someone has a gym membership, they can train for a very nominal fee per day (if you divide the monthly payment by the number of days in a given month). Folks who are only in town for a limited time, generally must buy day passes or week passes – these are usually more expensive – because they are bypassing any extended commitment. Gyms usually offer their employees (from staff to personal trainers and their extended friends and family comped memberships). Everyone who uses the gym is expected to pay. If U.S. service personnel, veterans, law enforcement and other first responders, for example, have to pay, then everyone else should pay as well – and the big news is – everyone does! So that’s basically how a gym get its money.

Some gyms, however, might offer a superstar a free workout, maybe even a free week pass or longer. If the person has celebrity status, they might let the celebrity train for free all year. Most real celebrities, however, will decline such freebies, because nothing in life is free. Most gyms who offer these lofty perks will more than likely want the celebrity in their ad materials, they’ll like to brag that the celebrity trains there, and/or they’ll want to do their promotional shoots (conveniently) while the celebrity is on the facilities. Celebrities treasure their privacy and many go above and beyond simply to maintain their anonymity. That being said, if an A List celebrity does accept the freebies and word gets out they train there, the gym could see sales of an extra hundred, maybe two hundred, maybe even three hundred month-to-month memberships or more!!. Gyms might also see a sizeable number of PIFS (Paid In Full) type memberships. Only gyms that have been around forever, typically, will sell PIF’s at 1,2, even 3yr terms. That’s a huge amount of money coming into the gym and quite a nice commission for the lucky sales agent. A big celebrity could easily make the day, week, month or even year-long comped pass, a very lucrative payout to the gym that invested in the celebrity!! That’s what the comped pass is – an investment! In addition to the articulable ROI, yes, there’s also a huge amount of goodwill generated. Does goodwill keep the lights on, the water running, or the machines maintained? HELL NO!! But it helps. This is why ROI is a strong first and goodwill is a distant, but still important, second. A real celebrity will deliver on both, in a direct, and easily measurable way.

Now…. how many people are going to flock to Gold’s Gym – Venice Beach – the internationally-known Mecca of Bodybuilding and join up because Lee Priest trained there for a day, a week, a month or a year? I’ll let you answer that.

Next… if Lee Priest got a free day, a week, or a month or a year to train for free, how many other legends of his caliber will want to do so, as well? And how many people are going to flock to Gold’s Gym – Venice Beach – the internationally-known Mecca of Bodybuilding and join up because that person trained there for a day, a week, a month or a year? I’ll let you answer that.

Alright then! Now let’s conclude with the take-home message. Generally, writers like to let the reader figure this out for themselves, but this ain’t a cooker-cutter publication and I – by no means – am an ordinary writer. The take home message here, dear friends, is that gyms are businesses and businesses have financial obligations – from maintaining their facilities to paying their staff to actually making money. Further, if active duty service personnel, veterans, police officers, and firefighters have to pay to train – well then – so does Lee Priest.