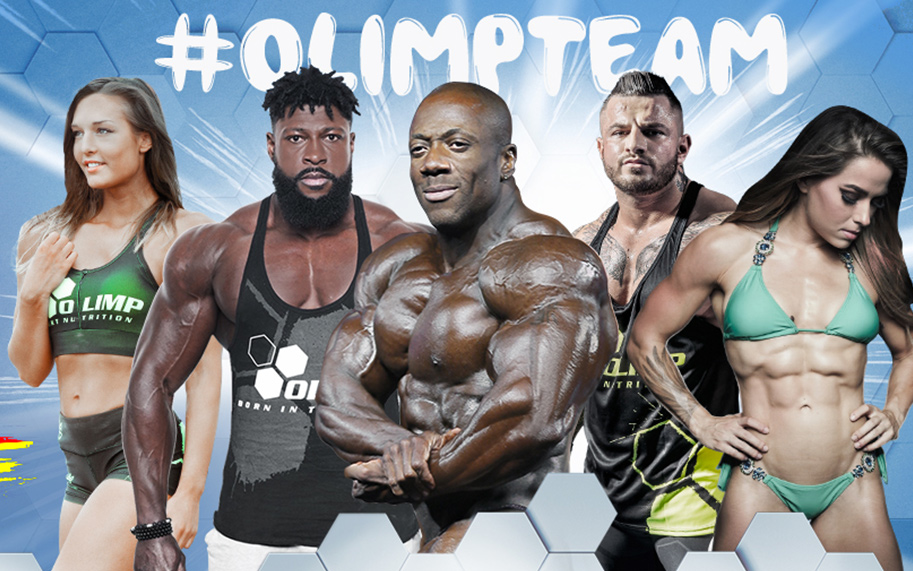 Rumors are flying throughout the net, with news sites and even popular influencers weighing in. It seems that 2018 Mr. Olympia Shawn “Flexatron” Rhoden has split from his sponsor Olimp. The split couldn’t come at a more unusual time; Shawn was recently featured on 2020 Arnold Classic promo materials and he’s once again on everyone’s minds. News of the split has fans scrambling for answers.

Rhoden, who defeated 7x Mr. Olympia Phil “The Gift” Heath in 2018, was destined to successfully defend his title in 2019 and many thought would have a somewhat successful run as the sport’s top athlete. The reason for this, is that his victory over Heath, was so sound, that many in the sport speculated it might send Heath into semi-retirement. In hindsight, that’s exactly what it may have done. The 7x champ had no plans to return in 2019 and for all intents and purposes, may not be returning in 2020, either. While he does look considerably better and he did launch a supplement line, his M.O. seems like a page pulled from Kai Greene’s playbook. Without Heath or Greene, who else would really topple Rhoden? Sure, he’d have some stiff competition, but his place at the top was all but secured. When his legal troubles broke, AMI banned him from the Olympia, and Rhoden lost sponsors, but Olimp hung in there. According to various reports, the company will continue to use Rhoden’s name and likeness on promo materials until January 2020. This could mean a few different things.

For starters, everyone will assume that Olimp dropped Rhoden. This is a very strong possibility given the champ’s ongoing case and the blowback from the industry and the mainstream media. It’s totally possible that the European powerhouse wanted to distance itself from any additional negative publicity, particularly if and when the case were to go to trial. Other sources have confirmed that’s just where the case is headed. Now mind you, just because the case goes to trial, that does not mean that Rhoden is guilty. Rhoden is only guilty, when he is found guilty. This may seem so basic it doesn’t need to be said, but unfortunately there’s a segment of the population who don’t understand the difference between being charged with something and being convicted.

Those who believe Rhoden was dropped, are also quick to speculate as far as the upcoming Arnold. Many who I have interacted with, seem to believe that Shawn, in fact, will not be doing the Arnold and that that detail may have weighed heavily on Olimp’s decision not to continue on with Rhoden. In the land of conspiracy theories, others also believe that Rhoden’s Olympia ban will carry over for 2020. Without anything to suggest otherwise, there’s no reason to believe that Shawn would get to compete at the Olympia, until his case is resolved. So, if you believe it was Olimp who did the dropping, then I could see where you could also put some credence into the fact Shawn’s competing days are behind him, at least until the case is resolved.

There is another way to look at this also. Shawn may have walked from Olimp and here’s why. The same way companies may want to drop Shawn and/or distance themselves from him from because of the blowback, they may also see opportunity in Shawn’s misfortune. Here’s the deal, if Shawn gives the Arnold 110%, working closely with Chris Aceto, Charles Glass, and posing his heart out on that stage, no one is going to beat him. I don’t care how sharp his competitors come. It won’t even be about size, shape, dryness and crispness. You have to understand that Rhoden was denied the chance to defend the title he worked his whole life to get. He had to watch history play out before his very eyes. This is a man who wants to return to the stage, who if innocent, must be losing his mind, losing his heart, and the chance to let the sport of bodybuilding know that he’s still very much here. If he does compete, the passion, alone, with which he comes, will be unstoppable.

If Shawn competed at the Arnold, he wouldn’t just win. It would be so huge, so undeniable, that it would be electric.

Now, imagine if Olimp tried to low-ball Shawn. He’s lost key sponsors, he can’t compete at the biggest show, and he might not be able to compete at the second biggest show. No one really knows what will happen, until it happens. Now mind you, this is all speculative, so with that context, it allows us to really look at all possibilities more clearly. There’s definitely a lot of room for a shrewd negotiator to get a guy like Shawn for a fraction of what he’s worth, especially if Rhoden were desperate for money. A shrewd, even heartless negotiator, could point to the high costs of his legal defense, really put the guy between a rock and a hard place, and get him to accept a contract renewal for peanuts. I, personally, don’t think Rhoden is desperate and I don’t think he’ll have much trouble finding a new sponsor. That being said, I think that there’s as much of a chance that he walked form Olimp, as there is that Olimp dropped him.

Others have pointed to Rhoden’s pro card status and whether or not he’d even be eligible to compete in 2020 or not. I think that’s pretty much a moot point, because our President released an excellent statement when the news of Rhoden’s case broke and there have been no updated official statements, since. Additionally, even if Rhoden didn’t have an active card for 2019, he didn’t compete this year, so I don’t think it’s an issue. So long as he’s in good standing for 2020, then that that’s all that’s needed to compete in next year’s Arnold. I also don’t think Olimp would have any more knowledge than Shawn regarding whether or not he’ll compete at the Arnold. Therefore, I don’t think the decision for Olimp to part ways with Rhoden (or vice versa) had anything to do with the Arnold, even though the fans are unlikely to let go of this argument. The only fleeting possibility of any issues with the Arnold, would be if Rhoden decided not to do the contest, on his own. That’s the only possibility where the Arnold may have played a role.

If we’re speaking from a pragmatic point of view, I think Shawn should focus on his case and not get sidetracked by competitions. If we’re speaking from a bodybuilding standpoint and from what will make Shawn happy, then competing is long overdue. He misses the stage and wants to be there. What’s also noteworthy is that The Arnold is an invitational. You could win every Olympia and every pro show known to man, it doesn’t matter. No one qualifies for the Arnold, so the question is, do they want Rhoden there?

If it seems like this article is all over the place, then, welcome to my world. The entire sport is literally starving for news on Rhoden, his case, and now, without a doubt, whatever happened between him and Olimp. What’s worse, is if the reports that Rhoden will be used until January 2020 are true, then none of the parties are likely to speak on the split until February. I’m sure there’s still money on the table and obligations that need to be met until then.

What do you think this all means? I look forward to reading your comments and hope you enjoyed reading my article.

Newer Post
Big Ramy Stays True To His Signature Look
Older Post
Why is Franco Columbu the Strongest Bodybuilder Ever?