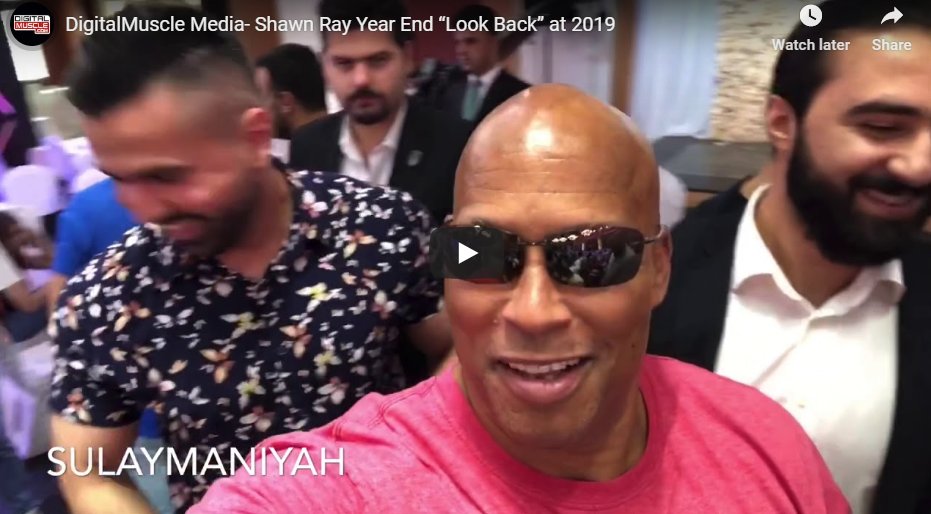 There should be a warning label on RX Muscle content “do not operate heavy machinery while watching.” The truth is, the once junior page to Muscular Development, has become very stagnant. Its message boards have gone, largely, dormant, and age hasn’t been kind to Dave, who now also runs a booming snake business to supplement his income. As the once 300lb mass monster approaches his golden years, many are wondering what the future will hold.

Thankfully, the network continues to release good content, thanks in large part to Siddique Farouqi, who heads up RX Muscle’s New York studios. The page also continues to enjoy success, in large part, thanks to its past. Many people still swear by the old Muscle in the Morning, especially the program’s heyday (Summer 2014), then sponsored by supplement powerhouse Ironmag Labs, when Johnny Styles produced and all Dave had to do was read out the brilliantly written talking points I’d write for him. That being said, people still tune in, largely out of habit. Some want to see what’s going on with Lee Priest, whether he’s going to compete in another third tier bodybuilding federation or whether he’s having tats added or removed. Others tune in, possibly performing penance, to see how much of what Chris Aceto is saying, they can actually understand. The truth is, I sometimes check the page for the contest coverage, then realize they don’t really cover shows anymore. I miss the old RX, to say the least, and that’s why when IFBB Hall of Famer Shawn “Sugar Shawn” Ray announced he’d done a program with them, I nearly fell out of my chair. Not only did Shawn donate his time to speaking with Dave, but he spoke about the 2020 Arnold Classic. This one program will surely allow Dave to chop it up into multiple smaller clips and gain considerable relevance, not to mention some extra revenue.

Shawn Ray, one of the most beloved bodybuilders of the 1990’s, is a major draw. He gets mobbed by screaming fans all over the world, so when I clicked on the link and actually saw him with Palumbo, I was honestly floored. If RX had posted it, with all the clickbait going around from various sites, I would have been trebadacious to click, thinking what really lay in store for me would be a video of Dave talking about his chocolate bars or how his fiber product would solve the issue of distended abdomens in bodybuilding. But when a superstar of Shawn’s caliber posts something, people, myself included, will click.

As you may have heard, Shawn currently heads up Digital Muscle, the wildly successful hub formerly owned by Dan Solomon. When Dan sold the site to Jake Wood and Wings of Strength, they needed someone someone big, really big, to run it. Shawn was that man. He had done so much to put Generation Iron on the map, really bringing that operation to the forefront, and he’d done such great work with Shawn Ray TV, that it was the next logical step. This is also why Shawn co-emcees the Mr. Olympia press conference alongside Masters Mr. World Robert “Bob” Cicherillo. Shawn is everywhere today – and – back in the day, he was the most photographed bodybuilder in the history of FLEX Magazine.

This is why I love the holiday season. It’s a time for giving. There’s a great deal of charitable spirit in the air. Sure, we could sit here and talk about the big names competing at the 2020 Arnold Classic, but that would make us, just like everyone else. Do we really need to say what a giant Maxx Charles is, how awesome it is that 9x Arnold Classic Champion Dexter Jackson is competing, or that Big Ramy will be coming from Egypt with 1st place on his mind? No, that shit’s as obvious as Phil and Kai never competing again. The truth is, I’d like to write about Shawn’s act of kindness.

I mean, it wasn’t too long ago that Dave interrupted that historic interview between Shawn and Ahmad Ashkanani. At the time, Shawn was working for Muscular Development and Ahmad was living out a dream. You must understand, there’s huge support for bodybuilding in Kuwait. After all, that’s where Oxygen Gym is located. The fact Ahmad had done so well in America, to be interviewed by an IFBB Hall of Famer, and for a world class publication, no less, must have been a huge honor. When Dave interrupted greatness to get an interview for his modest website, that caused a major commotion. But forget about Dave, imagine Shawn being able to put that bad memory behind him, and still give Dave the benefit(s) of his presence. I mean it’s one thing for Shawn to forgive and forget, but to lend his name and likeness, and even more so, to actually have to interact with Palumbo, that’s bigger than big, that’s huge!!