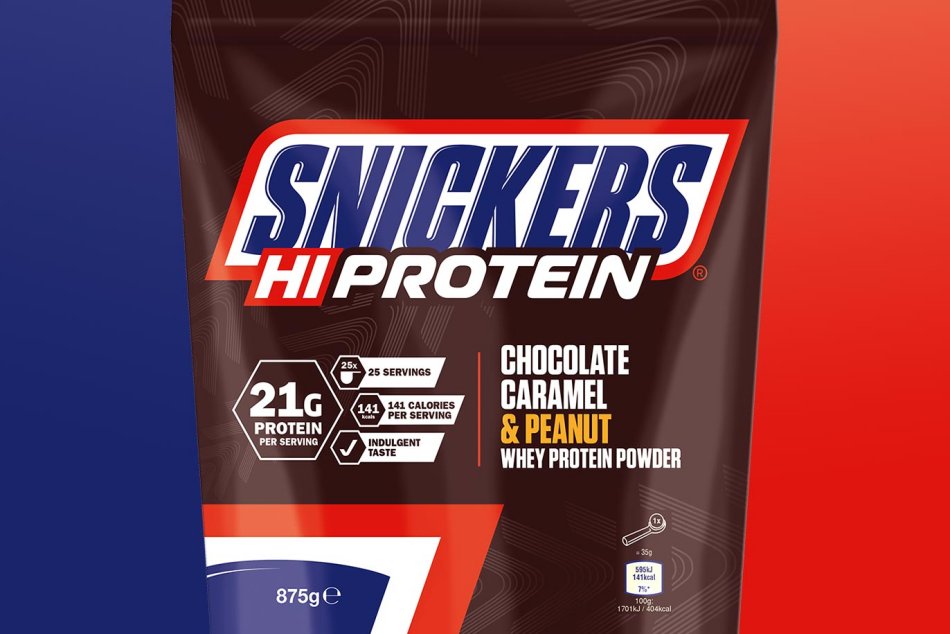 For those of you who haven’t heard, the Mars Candy Company has launched two new products that seem to be an attempt to step on some industry toes. What I mean by this is that they launched a Mars as well as a Snickers protein powder.

I know what you might be thinking and I think we’re on the same page if you were just rolling your eyes.

My question is “WHY?” Is there really a need for this? Does Mars really think that people are going to be jumping ship to buy their protein powder flavors over what’s currently on the market? I would assume many would look at it as marketing hype. I don’t even think people who buy Snickers bars would be interested. I mean, let’s face it, those who eat Snickers bars regularly probably aren’t interested in their health and fitness – or even adding lean muscle mass for that matter.

To be completely honest with you though, I’m not all that surprised at this launch. If you remember, Mars turned some of their candy bars into “protein bars” a while back which ultimately was just a bar such as Snickers with some added protein to it. Would I say it’s disrupting the protein bar market? Absolutely not. But putting it at the register of gas stations and grocery stores is a great play being beside other candy bars that don’t contain protein.

Will the launch be a success? I don’t think so but let’s discuss this a little further.

What is Snickers Protein Powder?

The true name of this product is Snickers HiProtein powder. It’s supposed to taste like the actual candy bar and contain around 140 calories, 4g of fat, 5g of carbohydrates, and 21g of protein per serving. Is this a healthier alternative to their candy bar? Sure. Should this change your current supplement purchasing behaviors? I don’t see why it would.

The Snickers protein powder is a chocolate, caramel, and peanut flavor system (hence all the flavors you’d predict based on the actual candy bar). Do I think it will taste just like the candy bar? I would hope so but I highly doubt it. Most protein powders on the market are never spot on with their flavoring and claiming to have a product taste like a well-known candy bar could be self-inflicted brand suicide. They also decided to make the Mars and Snickers protein powder in resealable bags rather than 2 or even 5lb tubs. Each bag will contain 25 total servings.

My Opinion of What Mars Should Have Been Done

Rather than being totally negative about this launch, I want to add how I would have launched the product or how they should have positioned a candy bar flavored protein powder. Too many people like to complain without a better strategy. So, here is my strategy.

It’s my opinion that this would have worked out much better in the favor of Mars versus having the investment of producing their own line of protein powders, sitting on inventory, and hoping the market likes what they did with the protein powders.

But Wait Just a Minute… Not So Fast

Thinking of trying the new Snickers protein powder? Well, it’s going to be a little difficult to find it currently. The launch took place over in the UK and if you want to give it a try, you’re going to need to find a distributor or retailer over in the UK who offers worldwide shipping. Otherwise, you’ll need to be living in the UK (which if you are, kudos – let us know how you like it).

Will I be trying the new Snickers protein powder or even the Mars version? Nope. I have zero interest in it. I don’t eat either one in their normal candy bar form so why would I want a protein powder that tastes like the bar?

Do I think the protein powder will be a hit? I can only speak for the US market as I’m not too familiar with the UK market, but I don’t see it being a big seller anywhere they put it. My opinion comes from what I said earlier. People who eat the candy bar variants are not overly concerned with their health and wellness or they wouldn’t be eating candy bars. They probably aren’t interested in improving their physique or building lean muscle mass.

Then on the flip side, those who are fit and healthy, generally aren’t grabbing a candy bar during any point of their day (maybe some Sour Patch Kids – but I digress). They are absolutely interested in gaining muscle mass and improving their physique and while a candy bar flavored protein may be enticing, why would they switch to a brand that knows nothing about our industry and move away from a product they are used to consuming and trust the brand? It just doesn’t make any sense, right? I mean, if Jack Daniels came out with an endurance product, would you use it? Probably not.