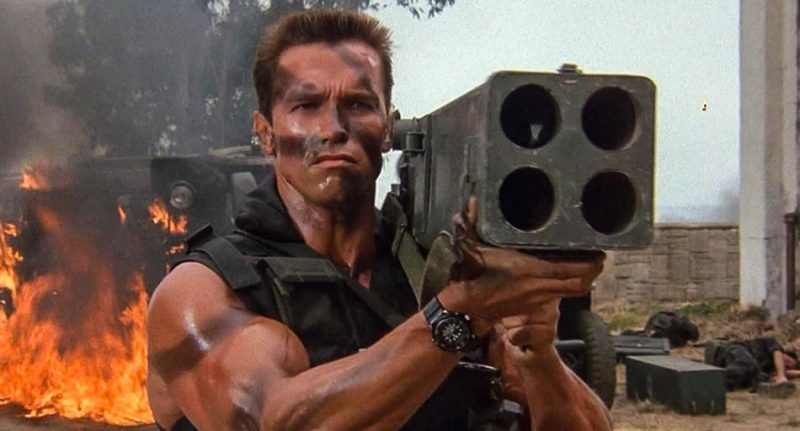 What do many bodybuilders (and even female pro’s) have in common? Their love for firearms. Being a professional isn’t all fun and games. The stress of training, dieting, and making sure they get enough rest can easily consume a bodybuilders day. However, I’ve seen many bodybuilders finding time to go out enjoy their 2nd Amendment right.

Bring out the big guns

As if 22+ inch arms weren’t big enough to be considered “guns,” now IFBB professionals like Branch Warren and many others are hitting the range for some fun. While firearms are not toys, in the hands of these behemoths, they look like children’s soldier toys. Branch Warren was even spotted on a web series called “Noir,” for a segment with Colion Noir, himself. They were running and gunning and having a blast going through different shooting courses and tests of skill.

As a lifetime firearms enthusiast and 2nd Amendment supporter myself, it got me paying more attention to the social media platforms of many IFBB professionals. Surprisingly enough, MANY of the women (if not more women than men) are shown sending lead down range at their nearby indoor/outdoor ranges. Many of them even conceal carry (legally) in their state—which I am a huge advocate that everyone does if you are willing and able. There will be people who are offended that bodybuilders conceal carry or even the fact that they own a firearm. But the law is the law and so long as they abide by it, they can legally own and carry a firearm.

It should be noted, that all safety rules were being followed by the individuals in their posted videos (I know there are going to be some internet gun trolls who like to make comments on videos, which they did in many of the posts).

I keep coming back to Branch, simply because he is probably one of the most outspoken bodybuilders on this subject. He’s a hunter as well as a regular at the shooting range. He even posts about cleaning his AR-15 (back on February 26, 2017). Some will say “what are they afraid of?” Many will dislike them simply for exercising their 2nd Amendment rights, and they are within their rights to have such an opinion. But, the fact of the matter is, when you speak with many of these bodybuilders or hear them speak on the subject, they all bring up the same point—which is “it’s better to have one and not need it than to need it and not have it.”

Clearly as mentioned above, some of these bodybuilders carry every single day. Others, find shooting firearms as a hobby and a way to destress and get away from reality a little bit to have some fun. Some have even gone as far as to compete in 3-gun competitions where you are timed shooting at targets and you are forced to move around a course in order to engage all of the targets. This involves the use of a pistol, shotgun, and rifle at various stages shooting at anything from a small four-inch diameter steel circle to a full-size human upper torso.

While this form of entertainment and enjoyment isn’t for everyone, neither is playing bingo or reading a book. To each his or her own.

IFBB and the military

I know there are others, but off the top of my head, those popped up as ones I remembered for the sake of examples. There are also many athletes competing in the NPC who are active in the military or who have served. You can even look at those serving in law enforcement among the IFBB—most recognized would be Ronnie Coleman. Personally, I’d like to thank them right here and right now before I go any further for their service to this great country.

I understand that not everyone is into firearms or even cares about guns in general—and that’s fine. But, I thought it was something interesting that no one has ever brought up or wrote about in the past. We like digging into the lives of many competitors and following their journeys around the world, so it’s only fitting to bring up a piece that some might have never known.

Whether you carry every day of your life or are deathly afraid of firearms is your choice. However, for me personally, I’m of the mindset that I’m out to protect my family from whatever evils are out there looking to do harm. I put that responsibility on my own shoulders for the protection of my family and those around me. If this is you, I commend you. If not, I just pray to God that nothing in this life ever happens to you or your family. The world is a scary place these days and I’m not willing to play the odds that the police will arrive in time. While we cannot live in fear every day, we can prepare ourselves in the event we need to execute a plan for personal protection.