Newer PostArnold Schwarzenegger Smoking Weed
Older PostWhat’s the Long-Game for Bodybuilders?
Share on FacebookShare on TwitterShare on LinkedinShare on Pinterest 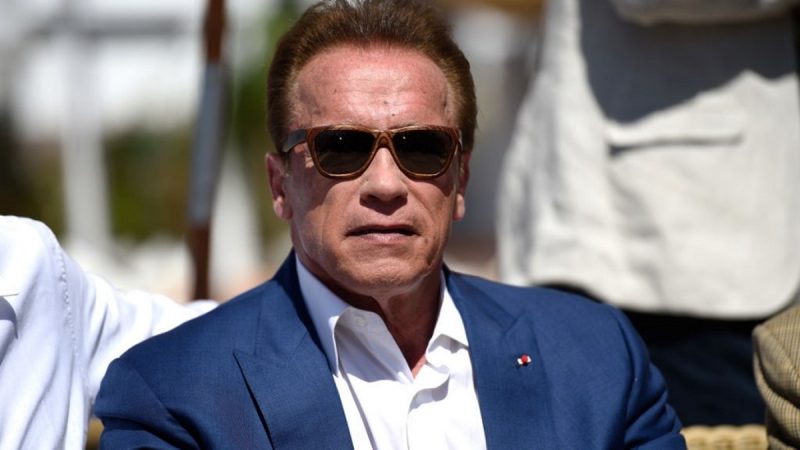 First and foremost, thank God that Arnold’s strong as a tank and that nothing serious happened this past weekend in South Africa. With that being said, there’s no question that high profile individuals, especially in this day and age, require more security than normal laypeople. There’s all sorts of whackjobs to deal with, not to mention far more aggressive paparazzi. When you stop to think about it, celebrities can’t go shopping like the rest of us, they can’t go pick up a dozen eggs at the local market, and in some instances, they can’t even get to their mailboxes, out to their driveways, or even peak out their front doors to see if the day’s overcast or not. Many celebrities create large compounds for themselves, complete with movie theaters, golf courses, and amusement parks for their kids). Sadly, the children of celebrities don’t get any leeway, either. The paparazzi and crazy fans will turn their lives upside down too.

High-profile people want to feel like normal human beings, but they’re anything but. Unfortunately, fame comes with certain strings attached. In many cases, celebrities will frequent and/or endorse eateries, shopping centers, and vacation resorts, for one and only one feature, their anonymity will be respected. I’ve seen stars swear by the most unoriginal, even plain-looking places, just because no one bother them there – and they love it! I grew up in Miami and in the 90’s the biggest allure to South Beach, was that it was a place where celebs could be people. The clubs, restaurants, and cigar bars were all built with leaving these folks the hell alone!

I used to think, especially as an adolescent, that celebrities loved the machine-gun-like flash of the cameras, the random people asking for autographs, and being mobbed wherever they went. The truth of the matter is, celebrities get blinded by the flashes, they don’t want to be approached (even by fans) when they’re out with their families, and the idea of being mobbed, gets old, and fast. Just think about it, for a second, what the hell’s so glamorous about being mobbed? You can’t move your car, let alone get out of it, and you have a ton of crazed people banging on your windows, shouting your name, and wanting to get at you. Getting mobbed, however, is part of being a celebrity and they just have to deal with it. Some celebs, like Kanye or Tommy Lee, hit a breaking point, and then all bets are off. Most, however, just try to run. Those stuck in expos and/or festivals, are just that, stuck. They depend on their staff and their security to ensure their well-being. In addition to their own personal crews, celebs are also accustomed to having in-house protection and staff to supplement their own. That’s standard protocol.

On the other hand, I can totally understand event coordinators miscalculating the starpower of new talent. This, in fact, must happen all too often, especially with the Instafmous and bigtime Youtubers. For example and disrespect to him, but I can’t imagine Luimarco getting mobbed at Publix or picking up Starbucks. Some of these internet stars, might be get huge hits and their stuff might go viral, but they may not be easily recognized. Others may disguise themselves well and even go out in public and blend with the everyday folk; however, when you have someone who’s face is their brand, like Arnold, it’s very difficult to be laid back, especially when it comes to security. Anyone who is known simply a name (e.g. Arnold, Stallone, Prince, Hogan, etc), speaks further as to their starpower. In the UK they have royalty; in America, our royalty, are our celebs. Also, this wasn’t Arnold’s first time in South Africa, hell he’d been going there since the 70’s and that’s where Pumping Iron was filmed, so… I just can’t figure it out. I mean how could they NOT know?

Let’s talk more about Arnold, though. Arnold Schwarzenegger is so popular, that spell check will tell you the correct spelling of his name. He’s the face of modern bodybuilding, a former governor (for a key state, no less, CA), and he’s worked in various U.S. presidential administrations. He’s a world celebrated movie star, director, and consultant. His very name evokes a variety of emotions, everything from Pumping Iron to Kindergarten Cop and Terminator. Schwarzenegger is a pop media icon, who crosses over various generations, and is considered a legitimate force in all. For example, Kobe Bryant was a great basketball player and a horrible rapper. Kobe’s name in basketball is GOLD, while his name in rap circles is – DISCOUNT BIN. Arnold on the other hand is a serious politician and elected leader, a serious actor, and a serious athlete. All of these things are abundantly clear and make it all the more difficult for me to believe, that his security was taken so lightly.

I’m sure Arnold had his own security detail, as he does in Columbus, but promoters and event organizers should be expected to add to that. And when I say add to that, I don’t mean by using the Top Flight Securities of the world. In reality, a person on Arnold’s level should move around with a real entourage, wherever he goes, but especially in public places. His immediate staff should insulate him, followed by his personal security detail, and then, by his event-provided security. The fact that Arnold was only protected on his flanks and front, leaving him totally exposed to being attacked from behind, shows a horrendous breach, which I’m hoping resulted in some serious wake up calls.

Now, putting things into context, this wasn’t anything major – this time – but what if next time it is? As Jerry Ward correctly pointed out, a dropkick is more for show than actual harm. It’s uncertain if the assailant intended to do any kind of permanent damage, but should that really matter? The fact is, he assaulted Arnold. I mean, it might matter in terms of sentencing and what not, but in terms of breaching Arnold’s security, that’s what this article is all about. The fact anyone could get that close would be unheard of in Columbus (or anywhere in America), Australia, or Europe. Even after the attack, Arnold’s security formation didn’t alter its previous position(s). Also, the assailant’s takedown, left much to be desired.. The fact Arnold wasn’t knocked down and walked away like nothing had happened, is just another miracle, but this attack cannot be taken lightly. If anything, as previously stated, it should be a wakeup call to event promoters and coordinators, that celebrities require heightened security and anyone who wants to interact with them needs to be carefully screened. I don’t even know if this event had metal detectors at the doors, or at the very least pat-downs and bag searches, like in Columbus. I’m almost afraid to ask, because I think I already know the answer.

If your event isn’t ready to all but guarantee a superstar’s safety, then don’t invite them to come. It’s simple as that. I hope you enjoyed reading this article, here at Iron Magazine. I look forward to reading your comments.