Newer PostHow BIG Can You Get Naturally?
Older PostArnold Schwarzenegger Breaks Down His Most Iconic Characters 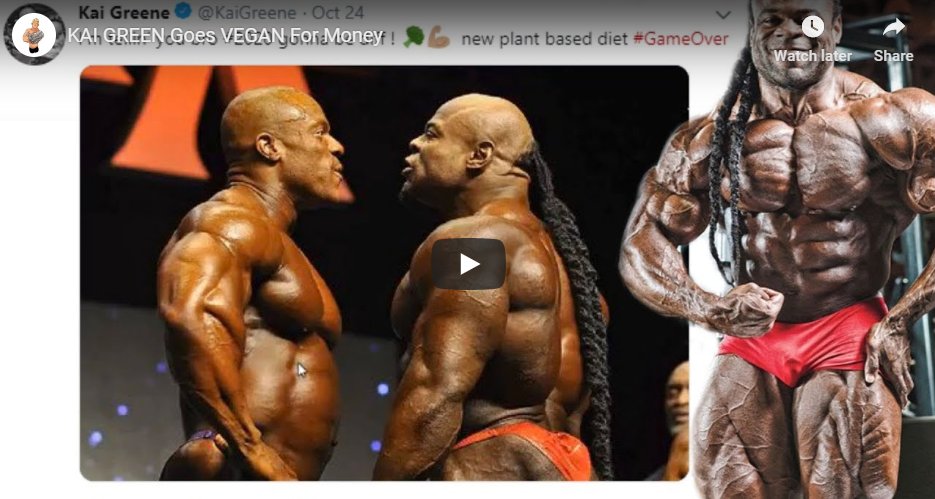 Who is paying Kai Greene to go on a “plant based” diet? Kai Greene is experimenting with veganism after being deeply moved by the new Netflix film The Game Changers. From filmmaker Louie Psihoyos, the documentary chronicles former UFC fighter James Wilks’ transition to a plant-based diet following a traumatic injury as a way of returning to peak physical condition.