Newer PostYou Risk it All When You Have Athletes as the Face of Your Brand
Older PostWilliam Bonac, Neil Hill – The War Must End!!
Share on FacebookShare on TwitterShare on LinkedinShare on Pinterest 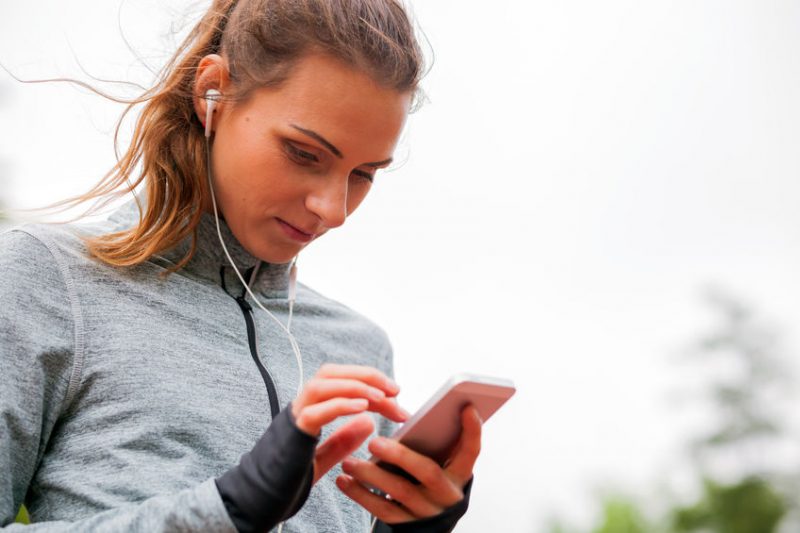 Throughout the years, people have always worried about newer technologies. There is always a fear that somehow newer technologies may come back to backfire on us. This concern was voiced over the development of the printing press back in the 16th Century. Fast forward to today, and you have some of the same fears with today’s advancements, and one of those being social media. I am all for taking advantage of what technology has to offer, if the downside doesn’t outweigh the benefits.

Back in the day, I used to have to walk to school barefoot in the snow, and uphill both ways. Not really, but many of you can probably already see where I am going with this. I will attempt to put this out there without sounding like an “old ass parent” as David Hogg likes to put it. Social Media has ultimately allowed the bodybuilder and fitness enthusiast to become extremely uneducated when it comes to diet, training, and more importantly, the use of performance enhancers. Bodybuilders can train and eat like shit, and the result is they just look bad. When poor advice is given regarding bodybuilding supplements or PED’s, a person’s health can be negatively impacted.

Facebook and other Social Media outlets have been great for helping people connect, and they have been a great tool for business marketing. But when people rely on these outlets for their only source of information, this can be detrimental. The word “broscience” is thrown around quite a bit these days. Daily in my Facebook feed, I see guys making some ridiculous claims that have zero scientific backing, while touting that their claims are not based on broscience. When in fact, that is exactly what it is. It is someone’s Facebook “bro” making some suggestion regarding diet, anabolics, or anything bodybuilding related. If there isn’t any literature, besides a social media post to back up these suggested claims, it is fucking brosicence bro!

As a society, we have come to want everything right now. Technology has made sending and receiving information extremely fast, and we have begun to think that everything in life should be available on demand. I for one have become reliant on technology to make life much easier. An Amazon delivery truck makes at least one stop at my home every day. I don’t see anything wrong with this. With advancements, we evolve as a society, but sometimes advancements can cause some things to regress. Before social media, people would take the time to sit and think, or daydream as some call it, in their downtime. This has been replaced primarily with scrolling through social media feeds. This has killed creativity and has made in depth research and reading a thing of the past for most people. People don’t want detailed and in-depth information anymore. Instead, they want a summary, or a video to explain something.

Some may believe there is nothing wrong with skimming through literature or watching a video to become informed about a certain topic. This could be viewed as being more efficient or working smarter and not harder. When it comes to health, fitness, and bodybuilding, choosing the cliff notes approach to learning about what to do and what not to do, is not very wise. Online bodybuilding coaching is in high demand right now, and even from your average Joe that never plans to step on a bodybuilding stage. There are several reasons for this. One, people simply don’t want to research and learn what they need to do for themselves anymore. Secondly, we have become an on-demand society. We want what we want, and we want it right now. So, you take someone that has eaten like crap for 20 years, and now they want a coach to show them how to turn the Dad Bod into a beach ready bod in 30 days. There are plenty of guys out there that are willing to take money from these suckers.

There are many areas that technology has allowed us to cut corners, and that is okay. Bodybuilding and fitness aren’t one of these areas. Anyone can post a blog or video in today’s time, so be very careful as to what information you trust. I can tell you that I see more wrong information than correct information regarding how to train, what to eat, or what to take. Relying on this type of information often leads to disaster. I have always believed that you shouldn’t put anything in your body that you aren’t informed about. There are countless people out there putting chemicals in their body, without any regard to the consequences that are involved. These same people will post questions on how to deal with the side-effects that have erupted from cramming their bodies full garbage food and high levels of PED’s. The response to these questions usually ends with others suggesting ingesting more chemicals to counter the side -effects being experienced. People read these comments and think that this is the thing to do and it’s not. Well, maybe it has become the norm with today’s standards, but it’s pure ignorance and laziness. Therefore, you have countless guys that are taking way more drugs than top level bodybuilders did during Arnold’s era, and many of these same people don’t look like they have ever been to a gym, much less have taken supplements or bodybuilding drugs. Their lipid profiles and liver enzymes will you a different story most of the time.

When it comes to information on bodybuilding and fitness, social media is the last place someone needs to turn to become educated. Sure, there is legitimate information floating around, and legitimate coaches available who can really take a person’s physique to the next level. One would have to be able to weed through all the crap and be aware of what is legitimate and what is not. If someone has this figured out, they have already been researching outside social media. If you aren’t making the progress with packing on muscle or dropping body fat like you had imagined, either your goals are unrealistic, or you are not informed with the right information. My advice is to ignore all the broscience that has saturated social media and the common blog and read some books. Keep in mind that most of the stuff you read online, is there in order to sell you something. It’s your choice to keep spinning your wheels with the progress you make in the gym, or to educate yourself, and truly take your physique to the next level.