Newer PostWe Told Ya So – Phil Heath is OUT!
Older PostConsumer Surveys: If You Aren’t Asking, You’re Going to Lose 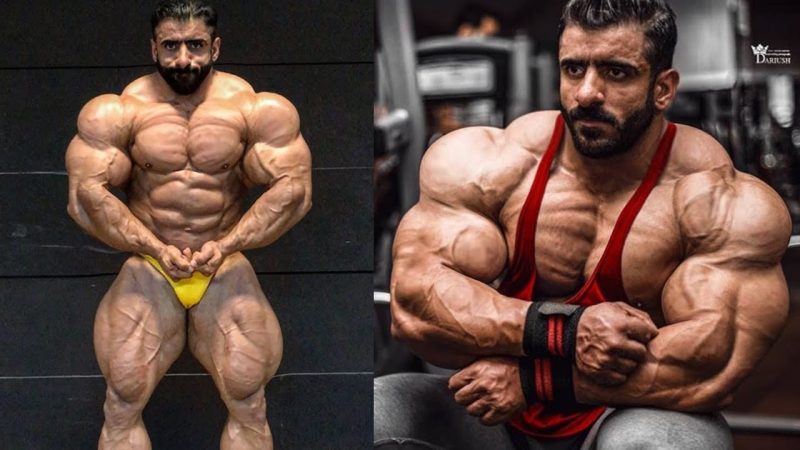 Shockwaves reverberated throughout the world of bodybuilding and fitness, with the news that 212 Bodybuilding legend Hadi Choopan will be competing at the 2019 Mr. Olympia. Hadi was always considered to be a major threat to 212 Champ James “Flex” Lewis and many believe he’s the only man who could stand in the way of Derek Lunsford claiming the vacant throne this year. In terms of foreign policy, however, Iran has perhaps the weakest relations with the United States of any other country in the world.

This very fragile, often tumultuous relationship, has been a major reason why Iranian nationals have such a hard time getting visas to travel here. Just to put things into perspective, Washington actually has better ties to North Korea, than to Iran – just a little food for thought. That being said, all things are possible if you work hard enough, because Hadi was able to get a visa to compete at the Olympia. With the news that Choopan entered the U.S. and will be competing, many believed that the epic showdown between him and Lunsford would make history; however, it seems Choopan will be competing in Men’s Open Bodybuilding. This is a very interesting development, in that Choopan’s calling card has always been the 212. With regards to the decision to compete with the big boys, certain questions need to be asked. Would Hadi be competitive, how much more could he earn, and will we see more 212 guys leaving the division?

Here’s the deal with The Persian Wolf; he’s a monster. Only in the sport of bodybuilding, could you call someone a monster and it mean something good. Here’s a guy who comes in hard as nails, vascular, and has no weak points. He emerged during a timeframe when the world was obsessed with the Middle East, particularly with what was happening at Oxygen Gym. At the time, the fans and press couldn’t get enough of Big Ramy, everyone wanted to go to Kuwait, and that scene was buzzing. Then all of a sudden, it seemed the next bodybuilding hotspot was Iran. Iranian bodybuilders were bringing grainy, ripped physiques to stages all around the world. Even the most seasoned prep gurus just couldn’t explain how ripped and grainy these guys were getting – not to mention the crazy of amounts of muscle. It was during this time that Hadi emerged – he was freak among freaks.

Anything taken to excesses generally isn’t going to result in success. Someone who’s mass to the extreme (e.g Markus Ruhl) will make heads turn, but won’t win the biggest titles. Someone ripped to shreds, ripped beyond belief, will surely make jaws drop, but will usually give up too much size to be competitive. Also, many times, the strongest bodybuilders will look too blocky. Extremes just don’t pay off – or do they? Hadi has taken his physique to no man’s land. He’s packed on slabs of dense, ripped, and symmetrical muscle, meanwhile pushing hardness, definition, and condition the absolute limit. He’s been able to defy contemporary norms and his contest record suggests its paying off – handsomely. With decisive wins at the Asian Grand Prix, Portugal Pro, and the Vancouver Pro, he’s put himself in a very unique position to truly be the #1 contender for what many believed to be a forgone conclusion – the rise of Derek Lunsford. With Choopan, some believe history may be changed.

Back to the Persian Wolf, his demand has skyrocketed as well, making him into a bona fide media favorite. Adding to Choopan’s crazy look and ability to take over the stage, his visa woes have indirectly raised his profile. The fans, the media, and the industry want him, they have been wanting to see him on an American stage, and the more times he’s been denied travel credentials, the greater the demand for his presence has become. Interestingly, though, while he may finally compete, it may not be in the format we had all thought. Unlike most 212 guys, who’d give up too much in terms of height and size competing in the open, Hadi could very possibly be in the Olympia Top 6. He could essentially earn that placing, the far bigger payday, and the accolades once enjoyed by Lee Priest.

The truth is, earnings are a big concern as well. The prize money for the 212 is simply not there, but that’s also because the draw isn’t either. Demand has waned, especially given the retirement of The Boston Mass, what seems to be either the retirement or transition of Lewis, and the fact the division is no longer being offered at The Arnold, has also contributed to what’s being said in the peanut gallery of the industry.. Ultimately, the perceived decline may be just that, but let’s not forget that when The Arnold stopped offering the Ms. International in women’s bodybuilding, the Ms. Olympia was soon thereafter removed as well. Other notables in the division, like Charles Dixon, Guy Cisternino, and even Shaun Clarida, are all mid 30’s and above. Can Derek Lunsford both win the title and herald in a new 212 generation? Those are both pretty big if’s, especially considering that it’s only a question of time until Lunsford, himself, competes in the open as well. That’s where the big money is and that’s where the big title is at. Ultimately, if more and more people follow Hadi’s course, Flex’s potential course, and Lunsford eventual course, what will be of the 212?

With regards to Hadi Choopan, he can be very competitive in the open category. If I had to make a prediction, I’d put him at 7th. It’s not the placing of his dreams, but it’s one spot shy of Lee Priest’s highest Olympia placing. For a 212 guy to be 7th in the Open — that’s groundbreaking. Also, anyone who takes 7th isn’t being dwarfed or pushed around – you can be sure of that! Money-wise, 7th wouldn’t necessarily make a ton of sense, but I also don’t think Hadi can beat Derek Lunsford. Would it be close? Yes. Would Hadi make Derek fight hard – absolutely, but the 212 is as much in Derek’s pocket as ever could be. This is all he’s been eating, training, and dreaming about. No one is taking that title from him.