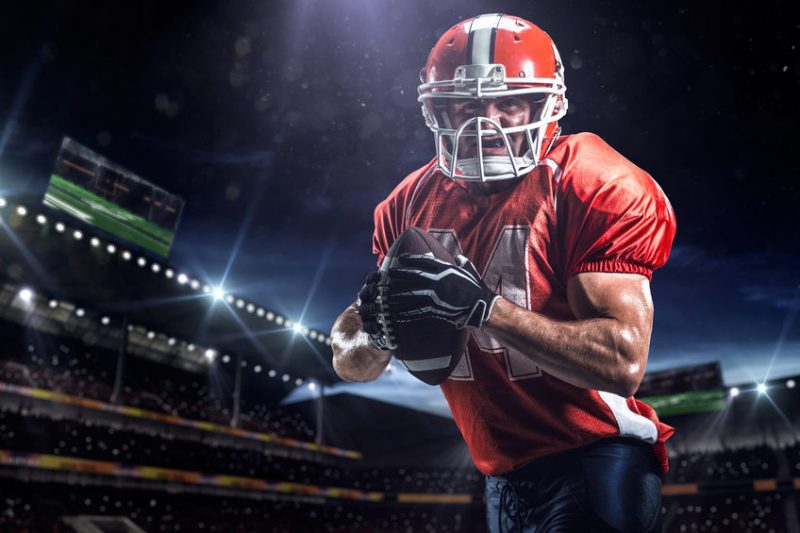 Somewhere in America right now is a reporter salivating over a story they are about to drop on the world about an athlete or celebrity. Something so crazy that it could take them out of the spotlight and demonize them forever. It’s a fact. Look at mainstream media today. Everything is negative. All they try to do is find the negative that people are doing in the world and try to expose them. It’s for that very reason that athletes and celebrities need to be smarter. You can’t put yourself in compromising situations where a story will surface that could negatively affect your career and life.

WTF Are You Doing?

Remember the Kobe Bryant infidelity press? How about the news about Tiger Woods sleeping with just about as many women as Wilt Chamberlain? Michael Phelps’ run-in with the law for smoking weed? All the celebrities who are accused of hitting women, doing lewd acts in front of women, and abusing their “power” in the industry? Or run-ins with the law where athletes or celebrities give the old, “Don’t you know who I am?” statement as if that’s going to help their case. It seems like every month there is a new story breaking that exposes certain individuals when if they were smarter, this would have never happened in the first place.

For starters, the lewd acts and poor choices are truly the fault of the individual. If athletes and celebrities are dumb enough to put themselves in illegal situations, they deserve the consequences and charges brought against them. But not all situations and news is factual and accurate. There are many instances where by putting themselves in a not so smart location can make them an easy target for someone who wants to extort them or gain publicity.

Let’s use the most recent allegations and charges brought against 2018 Mr. Olympia winner, Shawn Rhoden. Good guy, I have nothing bad to say about him and he’s always been very respectful and nice when I have been around him. A female came out alleging that he raped her in his hotel room. Now listen, do we even need to get into how stupid it is to have a woman come up to your hotel room? Exactly what do you want us to believe if news comes out about an alleged rape? Does that mean he actually raped her? Absolutely not. But you need to look at the situation and wonder why you would have a woman come to your room in the first place. Especially with the #metoo movement in full swing. You’re just setting yourself up for disaster.

In Shawn’s case, before a trial was even started, AMI made a statement that Rhoden would not be allowed to compete at the Olympia due to the allegations. While I understand this is crowd control on the part of AMI, they’re literally painting a picture that the man is guilty. Allegations can RUIN someone’s career – even if they are found not guilty in the end. The Olympia is the only show Shawn was planning on doing which means he has no other income other than any sponsorship deals he has. It’s a shame and you can’t help but feel bad for these athletes and celebrities, yet at the same time, you facepalm that they were dumb enough to put themselves in such a position, to begin with.

Then you have accusations of Jeremy Buendia, a Mr. Olympia Men’s Physique champion, being painted as a woman beater. Sure, there are pictures and people saying things, but at the end of the day, if charges are not brought, we don’t know if the allegations are true. But going on social media rants where you’re screaming and acting like a fool certainly doesn’t paint a picture that you’re a calm and cool-headed individual. No, you act like a loose cannon and people will assume based on your actions that the allegations are true. Now sponsors hear about the allegations and it opens their eyes to a side they aren’t used to seeing and now you have sponsors dropping you. See a theme here?

Think Before You Act or Speak

Athletes and celebrities today need not the same filter that we all should have, but a MUCH LARGER one than the general public. Their every move is under the microscope and if you think for one minute if they rip a fart in public and it won’t make the news you’re crazy. They can’t even leave their homes without someone following them taking pictures or looking for the next big headline. You need to be smarter than that!

Stop putting yourself in situations that make you an easy target. In today’s age, people will sue over just about anything AND WIN. You need to think about what you are about to do and then stop and think about it again. How will this look in the eyes of others? Will this open me up to scrutiny? Will this hurt my career? Will this come off as I’m doing something that I shouldn’t, even though there’s no funny business going on? THINK!

I can only speak for myself, but I don’t believe any of us would last one day in the shoes of athletes or celebrities. Sure, it would be nice to have the fame, the money, and all the cool possessions they have. But other than that, your life is viewed through a camera lens. Someone is always taking pictures of you. Videotaping you everywhere you go. It has to be uncomfortable and annoying.

With All That Being Said… Let’s Not Jump the Gun

I’m not here to defend alleged rapists, murderers, or any other form of a heinous crime. What I’m getting at is that we need to let the legal system do its job in many of these instances before we start bashing someone. But that doesn’t clear these athletes and celebrities from being idiots and not thinking about the situations they are putting themselves in. They need to look at things as if the camera never stops rolling and it’s pointed at them at all times. One bad choice can ruin a career and a life.