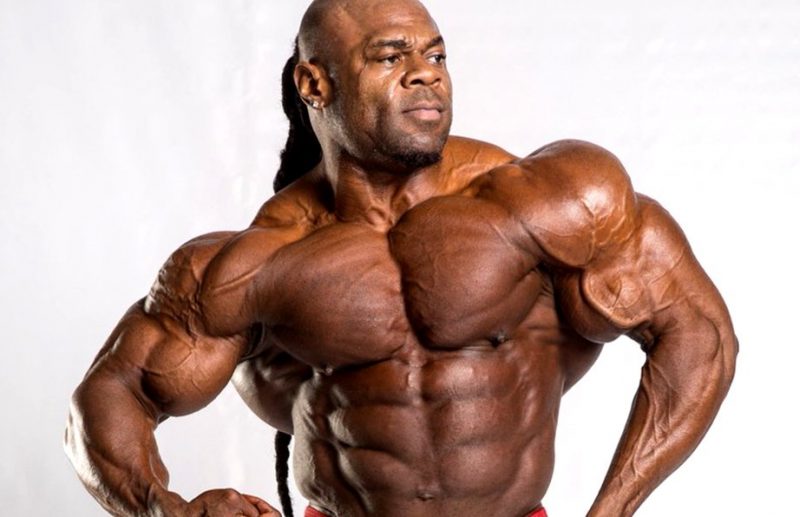 With so much speculation if Kai Greene will return to the Olympia stage in 2019, I decided to toss my hat in the ring with a prediction as well as my thoughts. For starters, as of the time of writing this article, despite what you may have heard, Kai Greene has not received a special invite to compete at the Mr. Olympia competition in Vegas later this year. Should he get the invite or qualify like everyone else, does he have a shot at winning his first Olympia title? Let’s discuss.

Can He Get in Shape Again?

The big question we all need to be asking is if Kai Greene can still get in contest shape and nail his conditioning? Is he able to get shredded while staying full? With a few years since he last stepped on stage, how will Kai’s body react if he starts dieting and what will his timeline now be for his prep? You would assume he’d start his prep early to give himself time to make adjustments, but hopping on stage this year without a show prior to the Olympia might not be in his best interest.

We’ve all seen how quickly someone can fall back in the Olympia placings – just look at Big Ramy and his 2018 finish outside the top 5. Ramy was supposed to be the “next big contender” to win the Olympia and that turned out to be a total bust. And looking at Kai’s Olympia placings over the years, he’s placed second in the previous three attempts (thanks to Phil Heath). Speaking of which…

Will Phil Come Back?

Even though Phil Heath told everyone he was shutting it down to have another surgery on his abdomen and take the necessary time to allow it to heal, he recently hinted that he’s itching to get back on stage. We’ve even seen some training videos he put out with his trainer, Hany Rambod. So, will we see Phil and if so, what will that mean if Kai returns?

We have all seen and witnessed the on-stage beef between Phil and Kai. Should both Kai and Phil return, will we see that rivalry again or will one or both of them show up unconditioned and not contend for the Sandow? I will say this, Phil has been a thorn in Kai’s side for a very long time. Phil is the one person who always stood in Kai’s way of winning his first Sandow. If Phil doesn’t come back and Kai does, could his (potential) win lead to speculation that he knew it was his only way to get a Sandow since he couldn’t beat Phil? So, in essence, he came back to bypass that hurdle?

Personally, I feel that if Kai came back, he would want to go toe-to-toe with Phil. Winning without Phil in the line-up almost seems like the “easy way out” if there was such a thing in this instance. And that’s not to discredit anyone else in the line-up, I’m simply making the case assuming Kai can come back and pick right back up where he left off – which has yet to be seen since we haven’t seen him on stage for so long.

Could His Physique Look Better Than Rhoden?

Obviously, the reigning champion is Shawn Rhoden. While Rhoden is no mass monster, him beating Phil and setting the tone for future Olympia’s makes me wonder if the judging is moving more towards what the Arnold Classic has shifted into and that’s a greater emphasis on overall conditioning and aesthetics rather than looking for who is the freakiest (biggest) on stage while still being somewhat conditioned.

Kai Greene is somewhat blocky due to how far his lats move down towards his waist, so he doesn’t have the same look that Rhoden presents with a tiny waist on just about any pose. And even with that being said, who knows if Rhoden can nail his conditioning again in 2019 or if Bonac, Roelly, or even Curry could shock everyone and steal the show. With Phil potentially out, it completely changes the landscape of the Olympia and it could be anyone’s opportunity to walk away as the Olympia champion.

Kai’s slogan is “thoughts become things” and to close this out, all this talk is probably going to be for nothing. I don’t believe Kai Greene is going to show up to the Olympia at all. He has his hands in so many projects outside of the bodybuilding world that I’m not so sure bodybuilding is something he wants to even dabble in anymore. He’s shifted his focus, and while that’s ok, I don’t believe the stage is anywhere on his radar.

Do I hope he shows up and competes? Absolutely. Just like I hope Phil competes this year. I can only speak for myself but I’m sure many bodybuilding fans will agree with me in saying that I miss Kai up on the stage. He’s one heck of an entertainer, maybe one of the best ever. I think deep down Kai thinks about the blank spot on his mantel where a Sandow trophy would go. It’s been the one trophy that has eluded him for so long.

But again, I don’t think Kai will compete. I know Dan Solomon sat down with him and voiced his opinion that everyone at the Olympia would love to see him back on stage, I just don’t see it happening. If Kai doesn’t think he can win, I don’t think he would even consider entering the show. Only time will tell, and while I have my fingers crossed, I’m not keeping my hopes up. But I hope he proves me wrong.