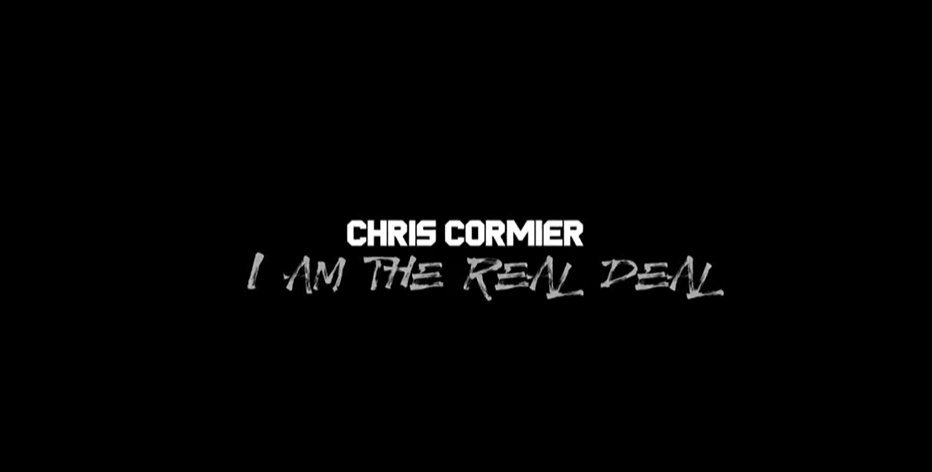 There aren’t many bodybuilders who could have legitimately been crowned Mr. Olympia. There are even fewer guys who many Mr. Olympias agree, never reached their mark. Getting into bodybuilding in the 90’s and reading everything in the 2000’s, I developed a very strong interest and level of respect for Chris Cormier aka The Real Deal.

I remember reading that he was going to go train with Dorian at the original Temple Gym and that together they’d create a physique capable of winning the Olympia. Just imagine that, a top contender being taken under the wing of a 6x Mr. Olympia!! Other champions like Ronnie Coleman and Jay Cutler also concede that Cormier, the 4x Ironman champion, should’ve been the top guy. That’s way more than wishful thinking, that’s powerful!

Many have often said, he never truly hit his potential, a similar remark we’ve heard made about Flex Wheeler. Unlike Wheeler though, Cormier has largely been under the radar, until now. There’s a remarkable, new documentary making the rounds in both bodybuilding and fitness circles, while also gaining mainstream appeal. Unlike Coleman’s documentary, which premiered on Netflix, and Generation Iron’s film which was, initially, available in theaters, Cormier’s film went straight to DVD and Blu-ray; it’s also available for rental on Vimeo. Whichever option viewers choose, they need simply visit http://ChrisCormierTheMovie.com and they’re all set. The convenience factor is perfect and the reviews have been consistently very favorable. This documentary does it right, giving the fans a real look at who their hero is and his journey to the top; it also shows us how marketing has changed (particularly in the last few years), and what this means for other notable bodybuilding stars – whether retired, actively competing, or just getting into the sport.

The film covers it all, it speaks to his bodybuilding contests, and talks about his rise to the top. For those who don’t remember – or – for those who weren’t into bodybuilding at the time, the Ironman Pro was a very significant, long-running contest. You had the Olympia, The Arnold, The Night of Champions (now the NY Pro) and The IronMan. These were the Big 4 of contests. The fact that Cormier held the top spot at the Ironman for four consecutive years, speaks volumes about the dominance he exerted. When you have that kind of success at an event, there’s plenty of people who would like to step up. Whether they do so and fail – or – they never actually show up, is part and parcel of why Cormier was so great. When you win year after year, that becomes YOUR show, it’s YOUR house.

Although there’s a great deal of content on Cormier’s extensive career, competing in over 70 contests, the film also covers his party lifestyle, his trials and tribulations, and it includes major stars who were friends and contemporaries of Chris’s during his heyday. These figures include Flex Wheeler, Shawn Ray, Kevin Levrone, Jay Cutler, Dorian Yates, and many others – all notable names on the bodybuilding stage and media. It’s one thing to have a documentary, as told by a lecturer or even the person in question, but it’s quite another to have big names in the sport backing it up. It adds a great deal of credibility to the film and at a time when people are barraged with gimmicks and fake news, this film is a breath of fresh air.

“I Am The Real Deal,” also is proof positive of the new way of marketing. Why go to theaters or share the wealth with Netflix? All you need is effective social media, a secure website, and different options for a diverse viewership. If someone wants to watch the film once, they’re not stuck with a copy. If someone wants a copy, they can choose from the basic dvd or they can go with Blu-ray. Further, some people may want a copy for other reasons. This is where folks forget the value of collectibles and the edge print media over digital in that regard. You can’t get an mp3 or video file autographed, you can’t frame it. If folks want to own the movie, whether to get the jacket autographed or simply to never open it, they have that option too. Could Netflix potentially pick it up? Sure, but Chris and his team will put it out on their own first. That’s what makes the most business sense. Once the movie has been out for quite some time, they could potentially license it to Netflix, Hulu, and Youtube Premiere – the more the merrier.

With regards to other bodybuilders, whether from the past, competing today, and/or to come, this film is key. The film making approach is key. The marketing behind it is key. But films like this, make good record-keeping so important. Physique-based athletes need to keep their clippings, photos, videos and interviews. They need to keep these files organized and the best option is to do so in chronological order. Technology helps, but it’s still possible to lose content. So many people keep their photos on thumb drives, memory cards, and/or on the hard drives of their computers. Computers go bad and drives and cards can easily get lost, so guard your content carefully. You never know when you’ll retire and who knows, maybe you’ll want to make a movie or at the very least, a cool video that spans your career.

In summation, I’d strongly recommend the Chris Cormier movie. If you’re a fan of bodybuilding, you’ll absolutely love it. If you know nothing about it, you’ll love the sport, and want to learn more about it. Be sure to get your copy or rent the movie tonight.