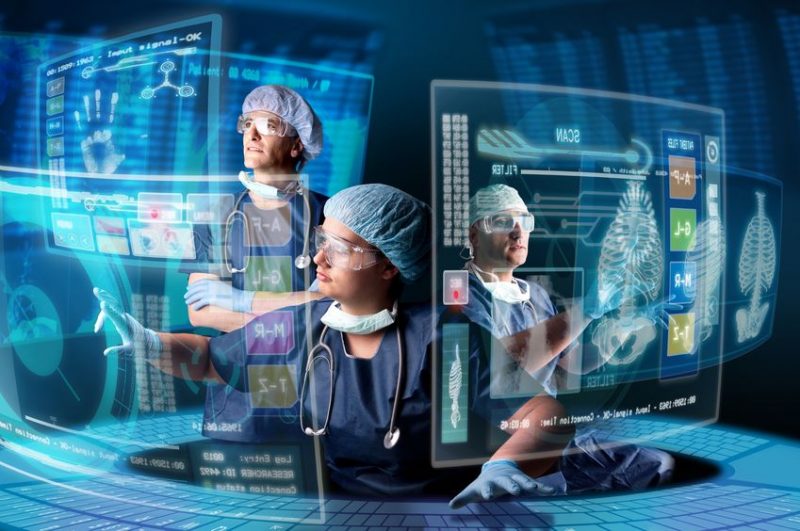 How many of you go to the doctor regularly? There are probably a few hands in the air. How many of you avoid the doctor like the plague? Again, quite a few hands in the air, including mine. Personally, I’ve seen a deterioration in healthcare over the years that has me refusing to go to the doctor. I need to be feeling like I’m on my deathbed before you see me walk into a doctor’s office.

Primary care physicians are simply turning into manufacturing companies where they want to get patients in and out of the door as quickly as possible to bring in more revenue. Never mind the fact that they aren’t getting to the root of any issue that the patient has – it’s all about the money.

I understand that doctor’s offices are in the business to make money – that’s how you stay in business. But the care that we are receiving these days (from some primary care physicians, not all) is extremely poor. Now I don’t want to paint the picture that all primary care physicians are bad, there are some good ones out there. But, unfortunately, I’m seeing more cases of terrible doctors than I am ones that actually care about helping patients fix their health issues.

I remember the last time I went to the doctor and began asking prying questions about my health and such (not that there was anything actually wrong, I was just curious), and the doctor acted like I was asking him to answer a calculus question. He hee-hawed around and never truly gave me an answer on anything I asked. Which raises my suspicion that some primary care physicians these days are not continuing their education and staying up to date on what’s going on in healthcare practices, medicine, and health/fitness/nutrition. One thing he could definitely tell me about was all the different medications I would have available. Shocked? I’m not.

There’s someone I know who is getting up in age and she needs to visit the doctor fairly regularly to handle some medical issues she has. Now, these medical issues really don’t have anything to do her age, they are due to her poor lifestyle choices over many years. She’s been going to the same doctor for over 20 years and progressively each year her health gets a little worse and her medications change.

A large percentage of her health issues have to do with her personal habits. She doesn’t do anything during the day – she sits on the couch and watches television, maybe takes a few naps, and eats her meals (which consist of high carbohydrates, high fats, and high sugars). She does zero in terms of physical exercise. Heck, her idea of physical exertion is walking down the steps to do laundry or walking to the front door to collect her mail. She can’t walk more than five steps without huffing and puffing, and her weight has gotten to the point where it limits her mobility and is causing even more issues with her health. Ultimately, she’s in a downward spiral, yet doesn’t want help and refuses to do anything that would improve her conditions – everything goes in one ear and out the other.

Due to her poor choices, she has high blood pressure, problems with her eyes due to high blood pressure, bad knees and ankles due to the weight put on her joints, issues sleeping due to the amount of weight she’s carrying, lack of oxygen causing her blood oxygen levels to be anywhere from 65-75% nearly all the time, the list goes on and on. Did I also mention that she’s diabetic? In a nutshell, she’s a ticking time bomb due to the way she is living her life.

Can you answer a question that doesn’t involve using a pen to write a script?

Going back to the doctor who this individual visits… She’s not a new physician – she’s been practicing for well over 20 years. However, I don’t believe she is keeping up with her studies and understanding that research is constantly coming out to improve healthcare and allow doctors to better help their patients. In terms of this doctor, I feel as if she is an enabler – and I feel that way about many doctors these days. They don’t want to fix issues, they only want to manage them.

Management is what allows primary care physicians to continue making money. If they cured the person, they wouldn’t be coming in as often to get checked. Have you ever noticed how medications work? You take this medication to fix this issue, but the side effects cause another issue that you’ll eventually need another prescription for. Then the cycle repeats. All you are left with are insane medical bills and a cabinet full of drugs. There’s no interest in helping cure illnesses today, the healthcare and the pharmaceutical industry want to be collecting your money for the rest of your life and make you depend on them. That’s the game that’s being played whether you see it or not.

Primary care physicians are like manufacturing companies where they bring in a patient produce a script, and send the patient on their way – in and out. Don’t ask questions, they don’t have time for them. And if you ask the wrong question, you’re going to leave with another prescription to fill. It’s about quantity, not quality of service anymore. “Hi, I’m doctor so and so, nice to meet you, what are your symptoms, here’s a script to get filled, follow the directions, see you in a couple of week.” It’s as if they learn that while in medical school.

Doctors are enabling their patients to live an unhealthy lifestyle. Or maybe they are too afraid of offending someone that they refuse to state the obvious – your health is a product of your behavior and weight, fix that and you’ll feel better. But instead, here’s blood pressure medication, here’s a script for your high cholesterol, here’s a prescription for (fill in the blank). Never mind getting to the root of the problem and fixing the poor behaviors like terrible nutrition and a sedentary lifestyle.

While there are some doctors out there who discuss the need to move more and watch what the patient eats, that’s pretty much as detail oriented as the conversation gets. Doctors don’t understand nutrition and exercise. Heck, how many overweight doctors have you seen practicing medicine? Probably a fair share of them. So, do you think a patient would really care what an overweight doctor has to say about their weight and that it’s not healthy? Nope. Practice what you preach comes to mind.

Is there a solution?

I wish I had the answer to this question, but I don’t. Healthcare and pharmaceutical has become so large and deep in the governments pocket that I don’t know if we (the people) are able to fix this. I can’t be the only one who is seeing this going on. Yet, I think it’s fair to say that something definitely needs to be done to fix our system.

The healthcare and pharmaceutical industry should be ashamed of themselves for basically turning into money hungry crooks. They no longer care about health. They only care about money. I’m sure this article is going to offend people, and honestly, I don’t care. This is what I’m seeing first hand. And I’m not apologizing for bringing this issue to light and waking people up about what’s going on. Go out and do your own research if you don’t believe me. I’ve been in the offices. I’ve heard what doctors are telling patients. I hear what patients are saying about their visits.

You want to fix the issue? Start taking better care of yourself so you don’t need to go to the doctor and can get off those medications. When they see a decrease in their business and it hurts their wallet, maybe they will start taking our lives more seriously.