France’s Lionel Beyeke – Out of the 2019 Arnold Classic 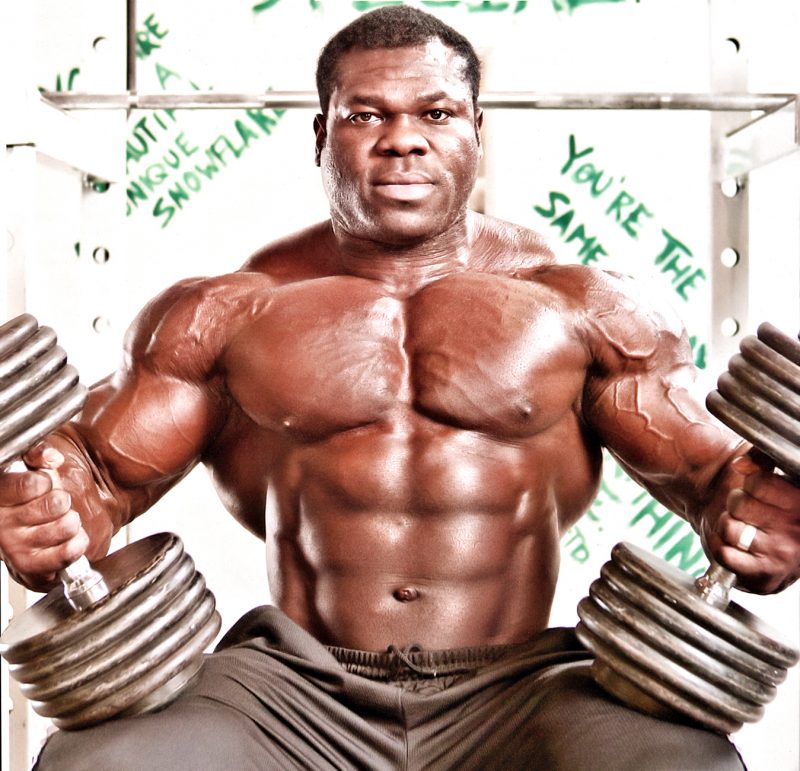 In a late, breaking, news development, France’s top bodybuilder, Lionel Beyeke is apparently out of the 2nd biggest bodybuilding contest, due to passport issues. Travel is a major concern for international bodybuilders and unfortunately bodybuilding fans throughout the French-speaking world are devastated. Lionel is a man who many believed would, one day, go all the way. He has a complete physique, without any lagging body parts, and when it comes to posing, few can stand next to him on stage.

Unfortunately, Lionel has had many issues dealing with getting ripped to shreds the final few days and sadly, though not unexpectedly, the critics have made themselves heard when it comes to hypothesizing why The Fantastic Frenchman won’t be at the 2019 Arnold Classic. In this article, I’ll speak of the many great things Beyeke brings to the table, I will address the issue of rumors online, and I will touch upon what I think the future holds for one of the world’s premier bodybuilders. Buckle up and let’s get this bodybuilding train goin!

Lionel Beyeke is a bodybuilding superstar. From Top 6 finishes at the Arnold Classic in 2018 and 2017, appearing on Generation Iron films, and working with the biggest supplement companies in the world, this is a man who is no stranger to hard work. From the days of earning his pro card and jet-setting around the world, he’s become very familiar with stages in various continents and what it takes to give the the judges, the media, and the fans exactly what they want to see. Beyeke is lighthearted and a pleasure to be around, whether at formal press conferences or just going through the paces at the athletes’ meetings or even less eventful times, such as the weigh-ins. Beyeke is also not on a high horse; usually guys on top can be a little full of themselves and sometimes, the arrogance can be so pronounced, that in turns fans away. Beyeke has always been very gracious to the fans and comes off as a very friendly and sincere person. This is exactly what’s needed, as he gets mobbed at major fitness events, with dozens (if not hundreds) of people wanting high-fives, photos with him, autographs and/or to just pat him on the back. In this day and age, successful fitness stars have to be in the center of all the action. Everyone has a phone, everyone has social media, and superstars can’t ever stop being stars. Social media never stops, it’s almost impossible to hit the pause button. It can get old – fast! It can get very exhausting, but guys like Lionel are grateful, they’re livin the dream!! That being said, haters are gonna hate.

Internet banter is just that. People don’t really, definitively know anyone’s (but their own) circumstances. When Lionel takes to his social media and says his passport didn’t arrive in time – I tend to believe him and so should you. There will always be folks who second-guess a superstar, but good fans, give those they look up to, the benefit of the doubt. The idea that Lionel rested on his laurels and wasn’t ready, is preposterous. Just one look at his placings, what he’s achieved, and especially at what stage of his career he finds himself in, and amateurish notions like the aforementioned break down. The truth is, many of the best bodybuilders have faced travel-related issues and sometimes, it can be as simple as the mail not coming in on time. As the old saying goes, sh*t happens.

The good news, however, is that the Arnold is essentially the first contest of the year, so this is by no means the last we’ll hear of The Fantastic Frenchman. Beyeke will sing again, he will hit the stage, and hopefully qualify for the 2019 Mr. Olympia. Many of his most loyal fans, believe that it will be Lionel who will be the last man standing next to reigning Mr. Olympia, Shawn “Flexatron” Rhoden at the 2019 Mr. Olympia. The French people have not seen a chance like this in a long time, maybe not since the days of Serge Nubret. The truth of the matter is, Beyeke can do it, but yes, I will concede, his condition really needs to improve. That’s not a dig on Lionel, that’s just a truthful observation for anyone looking to unseat Rhoden. Shawn Rhoden didn’t just beat Phil Heath in 2018, he knocked him out. Anyone who thinks they’re just gonna walk into Vegas, get on the biggest stage in bodybuilding, and take the title from Shawn – is, to quote the G.O.A.T., Ronnie Coleman, “smoking crack.”

In conclusion, Lionel Beyeke is out of the 2019 Arnold Classic. Unlike with Roelly, where days ago, speculation swirled and many chimed in with their two cents about him not doing the contest, the statement regarding Beyeke came from the man himself. On a good note, I will spend more time on this topic on this week’s edition of The Iron Duque Speaks (Ep4). For those of you not familiar with the series, it can be found at IronMagLabs.com and on the Official IronMag Labs Youtube channel. We always invite your comments.

I hope you enjoyed this article, here, at Iron Magazine.