Newer PostWhat’s the Long-Game for Bodybuilders?
Older PostArnold Schwarzenegger Assaulted! in South Africa
Share on FacebookShare on TwitterShare on LinkedinShare on Pinterest 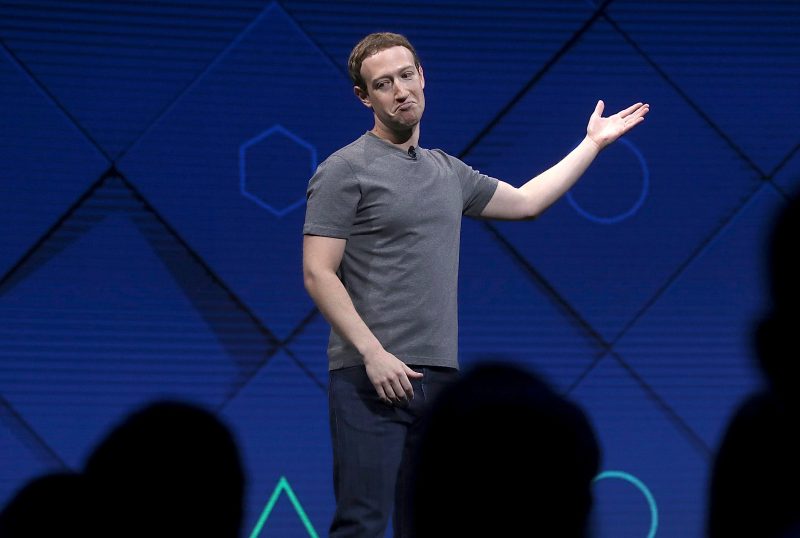 Not too long ago, I wrote an article about Facebook censorship when it came to the health and fitness realm. It appeared as if Zuckerberg thought that transformation images, photos of rock-hard abs, and tight glutes were intimidating and could make his users on the Facebook platform feel bad about themselves. I’m not here to debate his stance, but I’m sure you know how I feel about the topic. But now, Zuckerberg is taking things one step further by rolling out new Instagram censorship (well, kind of).

When you think of fitness influencers and social media influencers in general, a large portion of them are very attractive men and women. Hard to dispute that, right? Now, I’m going to stay in my lane here and only touch on the fitness influencer side of the equation of this censorship as I see the most Instagram censorship taking place in this particular area.

The platform stated that they are going to start reducing eyeballs on certain types of content (images) that are sexually suggestive – even if there is no nudity involved. Let’s think about all of the female fitness influencers out there on Instagram. What are they generally wearing? Next to nothing, correct? Well, they’re now going to get hammered with this new Instagram censorship. These influencers know what they’re doing. Women know that if they wear a sexy top or bra and panties in a photo their engagement is going to go up. But when you think about it, it’s no different than any soccer mom out there posting an image of herself laying on the beach – regardless if she’s an influencer or not. She’s still probably posing for the camera and showing the same amount of skin as the fitness influencers out there posting even if it’s a classy photo that includes her family.

Fitness influencers can expect to get fewer views on their images where they are flaunting their physique with this new community guideline (or should I say, community guideline that was never enforced to begin with). I can’t help but scratch my head with the whole Instagram censorship move. I fully understand that society today is full of a bunch of snowflakes who think it’s ok to be overweight and feel somewhat inferior to their healthy and in shape counterparts. But we’re now going to have Instagram censorship on people who want to show off their hard work? Meaning, these types of images are going to be harder to find on the Explorer page of the Instagram platform.

This move is going to hurt how many followers such accounts can gain as well as their overall engagement and likes on posts. Now, we can’t truly complain being that the platform is FREE and we’re simply playing in their sandbox and need to abide by their rules and guidelines. But things seem to be directed more at “body image” than anything else.

Are We Taking Censorship Too Far?

I want to “pose” a question (see what I did there? lol). With so many people taking offense to posts of those showing off their physique, how is that any different than someone flaunting how much money they have or how successful their business is? Look, I don’t like to flaunt anything I have but that doesn’t mean I don’t have it – I simply choose not to post about it. But what if someone were on social media and they were dead broke yet saw images of people with stacks of hundred-dollar bills, or their new Ferrari, or their million-dollar home? Where is the Instagram censorship in those types of posts?

If we are looking at protecting people’s feelings, looking at images of successful people could just as easily trigger people. I mean heck, we are talking about a nation where most people don’t have $1,000 to their name or in the bank saved for a rainy day. Most people don’t even have $10,000 in their retirement fund. Are those peoples’ feelings hurt when they see someone wearing a watch that costs more than they make all year? Where’s the fairness in all of this censorship? Who are we really protecting?

Look at the divorce rate in the United States. What is the most prevalent reason people get divorced? Money, no? Sure, there may be some people who get divorced because they don’t like the way their spouse looks anymore, but money has been shown to be the main reason. So, are we really fixing anything with Instagram censorship towards sexy bodies?

Instagram is now utilizing a technology that determines if a post should be deemed eligible to be recommended to the Instagram community. I’m assuming it looks for images where people aren’t fully clothed and tags it as “inappropriate” in their system. This will flag it and cause fewer eyeballs to be shown the image. Honestly, no big deal to me – I couldn’t care less either way. But to all of those fitness influencers who count on high engagement and likes, that’s money potentially out of their pocket through affiliate sales or even potential clients who look for a certain criteria of page engagement.

I understand the “clickbait” piece of fitness influencers and see where Instagram censorship would come into play. But is there anything wrong with someone using their image or body to help sell a product? Is it wrong or smart marketing on their part? I’d say smart marketing – sex sells. Guys see a woman nearly naked in a photo while scrolling through their feed and they’re going to stop and take a look (consider us pigs or not, it’s the truth). If there just so happens to be product placement in the photo, we’ll eventually see it.

Instagram censorship, Facebook ad censorship, censorship in general – these are all things that I don’t truly agree with. We all have the right to express ourselves. As long as there is no nudity, no bullying, no actual shaming of someone, who cares? Our society is soft and easily offended. It actually scares me to think about where things will be 10 years from now if this continues down the path it’s going.