Co-Founder of CrossFit to Marry a Murderer? 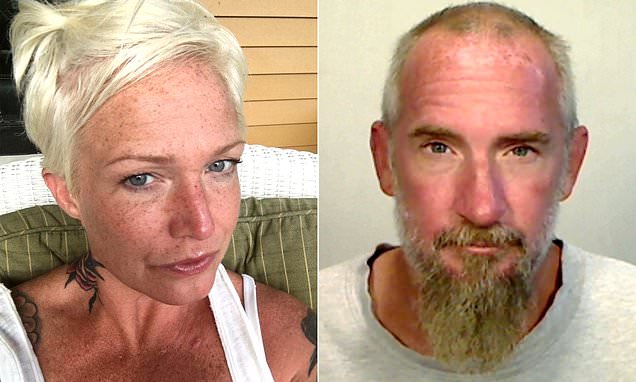 I swear there are just some things you can’t make up and this just happens to be one of those stories. Have you ever heard of CrossFit? You might have, right? It’s only one of the fastest growing fitness communities and workouts out there today with “boxes” popping up everywhere. Whether you love CrossFit or hate CrossFit, this story has nothing to do with the fitness side of the business, but rather the relationship status of one of their co-founders.

If you remember back in 2010 when the news first broke, Greg Glassman and his wife at the time, Lauren Jenai filed for divorce after rumors of infidelity surfaced. This all was finalized in March when Jenai officially filed for divorce. Things turned extremely nasty during their divorce, especially when Jenai was looking to sell her shares of the CrossFit company which caused Glassman to go absolutely bonkers.

The divorce between Glassman and Jenai was finalized a few years later and Jenai walked away from the CrossFit business with a nearly a cool $20 million from the sale of her shares.

Fast track a few more years and Jenai decides to rekindle a relationship with one of her old childhood friends, Franklin Tyrone Tucker – both individuals are 47 years of age at this point. To say this rekindled relationship is strange is an understatement. In fact, she has never even seen Tucker in about 30 years. How can this be? Well, it’s because Tucker is currently locked behind bars on murder charges from allegedly stabbing a person to death. How did the spark begin with these two lovebirds? Ah, you can thank Facebook for that.

Tucker was involved in an altercation in 2017 where he and another man robbed a woman who was living in a tree house (I swear you can’t make sh*t this up) and the man who Tucker was with, slit the throat of the woman – killing her. What were they after? Cocaine and cash.

Tucker seems like a good person, no? So, as these two men were leaving (the tree house crime scene), they got into an argument which escalated quickly to the point where Tucker stabbed the man several times – eventually leading to the man’s death. If you’re keeping score, that’s two murders now. Tucker seems like a trustworthy guy, I can see why Jenai fell for his charm.

Again, Tucker is presumed innocent until proven guilty, but from the looks of it, he has an uphill battle ahead of him if he thinks he’s going to fight this and ultimately be freed. Jenai and Tucker started to get romantic through communication (odd) and decided they wanted to get married – at the Monroe County Jail. How romantic.

I’m slightly confused as to how this wedding is going to take place since Jenai isn’t even able to see Tucker due to the prison not allowing any in-person visitation rights. Jenai and Tucker have been communicating via phone and online. Their online communication is now drastically limited due to Jenai getting a little “risqué” on a video chat with Tucker which got them caught and banned from video chatting (from what the jail said) for the next 100 years. So, what you’re saying is there’s a chance… (LOL)

As if this out of the blue and soon to be marriage isn’t strange enough, that fat $20 million Jenai got from her share of CrossFit isn’t protected as she said she does not want to have a prenup. Her reasoning? She said that she trusts and loves Tucker and based off of that, she felt it would be inappropriate to have a prenup included in their marriage.

This all makes sense, right? I mean, you get $20 million from selling your half of the CrossFit business after getting divorced, fall in love with a friend you haven’t seen in 30 years, you plan to get married to this guy, you love and trust him, which oh, by the way, he’s on trial for murder, and you want to spend the rest of your life with this man (who could be in prison for life) with no prenup. She was even going to throw down $1 million to cover his bail before it was denied by a judge. Can I toss in a WTF here?

Bartender, make it a double! This story belongs on the Jerry Springer Show. There’s no way this is going to finish with a happy ending (no pun intended?).

Will these two end up really tying the knot? Will Tucker be sentenced to jail (which you can only assume if he does it will be for life after looking at two murder charges) or will he be freed after trial and found not guilty so he can spend the rest of his life with Jenai? That’s assuming he’s not after her money like he was with the woman he helped kill in the tree house in 2017.

What does CrossFit think about all of this? Well, they reiterated the fact that Jenai is not associated with CrossFit and they claim she was never even part of its founding. Interesting.