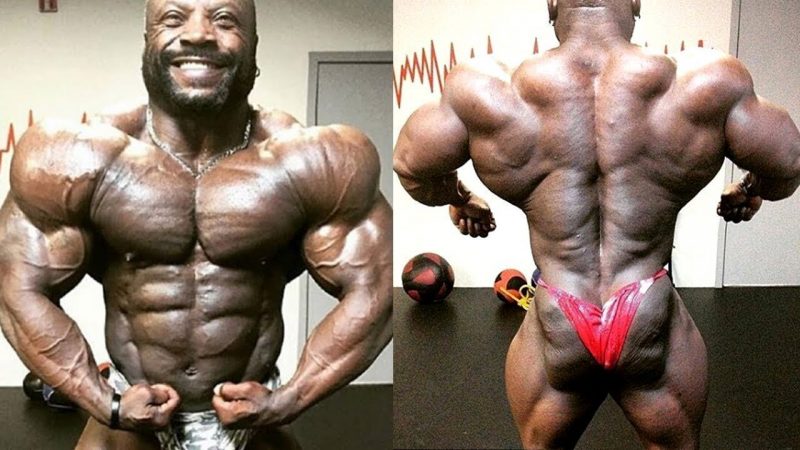 When you think of dense, freaky muscle, a few names come to mind. Dorian Yates – retired. Branch Warren – retired. Jose Raymond – retired. Charles Dixon, 212 bodybuilding freak, not only actively competing, but now, OFFICIALLY, competing in OPEN Bodybuilding at the upcoming 2019 Arnold Classic. The announcement made shockwaves in both the 212 and Open Bodybuilding worlds, as Dixon’s decision is nothing short of a bombshell. The South Carolina based bodybuilder, trained by legendary coach Trey Hodge, certainly has his work cut out for him, but then again so do the Open guys.

Bodybuilding isn’t a height or weight contest, it’s about muscle, symmetry, and balance. The Tank, as he’s nicknamed around the world, will have no trouble standing among the bigger guys, provided he stays true to the formula that won him the Arnold Classic 212 in 2018. In this article, I’d like to speak about my friendship with Dixon, why I think he’ll do very well in the Open, and why I think this may be the beginning of a new wave among 212 bodybuilders in the IFBB Pro League.

I first met Charles “The Tank” Dixon at the Arnold Classic, quite a few years ago. It’s became a tradition to do interviews each year in Columbus, always with his coach (and my also my friend) Trey Hodge. Now, Trey’s role can’t be limited simply as being a coach. Don’t get me wrong, prep coaches are usually responsible for a considerable amount of their client’s success on stage; however, Trey is a close friend and adviser to Tank as well. Further, there was a time when Charles had tired of his placings, condition on stage, and overall feelings with competitive bodybuilding. Everything changed once he started working with Trey – they were truly a match made in heaven. Trey stopped competing to focus entirely on coaching and Tank stopped thinking of retiring and went full throttle on competing. He landed a big supplement deal, started winning shows, and before he knew it, he was being included by the industry’s top handicappers and contest coverage outlets as a man to watch for the Arnold and Olympia. Dixon’s rise to the top has been done the right way and because of it, this move to the open doesn’t entirely shock me. The last time I saw him, was at the 2018 NPC Tricky Jackson Classic. Charles literally brought the house down, during a guest posing appearance that literally pulled out all the stops. I knew then, that something like this was a very big possibility. Over the years, after many interviews, and after many on the record and off the record chats, I’ve come to know Dixon better than most champions over the years and it’s a friendship I’m very lucky to have, both with Charles and Trey.

Ok, so Charles is my friend. I think that’s been abundantly stated, but there’s a reason for that as well. As a writer, especially covering a subjective sport like bodybuilding (perhaps the most subjective of all), I have to put all my biases on the table, otherwise this is a fan piece and not an article for a cutting edge news outlet, like Iron Magazine. I can’t say I’m impartial, because nothing would make me happier than for Charles to win the whole damn show. Objectively that’s unlikely, but being objective and even being a little harsh, I can say that there’s a very good chance The Tank will crack the Top 6. Here’s why.

Charles Dixon may compete in a class where the cut-off is 212, but if he weighs 212 or less – it’s for a second. The Tank is a BIG bodybuilder with thick, dense muscle which can stand up to any open bodybuilder’s! Further, with Trey in his corner, he can come peeled, even if bigger. In fact, without having to worry about weigh-ins, it gives Tank a lot of room to come in considerably heavier. By “considerably,” I’m talkin only 5-10lbs, but even five more pounds of Charles Dixon quality muscle on his frame, will make him look like a MONSTER!!

Let’s also not gloss over the very important detail, that Trey knows everything there’s to know about Charles’ physique, how it responds, and what its limitations are. A lot of competitors – in all divisions – tend to coach hop, so many times they will look totally different year to year, sometimes even show to show. The reason for this is simple; they work with so many coaches that it’s impossible for these experts to know their physiques in time for the contest(s). Each time a competitor hires a new coach, it’s a whole new learning process. With Tank, he’s been with Trey for years and that history will pay off. Conditioning will never be an issue, nor will density. Don’t even get me started on posing!!
Most guys today couldn’t pose in a phone booth if their lives depended on it!! Tank guest poses and brings the house down. He knows exactly what the judges want to see, he knows how to pose for the cameras, and he knows how to pose for the fans. There’s absolutely no question that he’ll out-pose more than a handful of the guys in the Open. It’s also a given that while some guys might be intimidated in new surroundings, that Tank will be in the mix from the second he hits the stage. Also, if he’s part of any posedown, it’s lights out!! Like I said, everyone will be happy – from judges to press to the audience and fans watching online!

With Tank’s decision to compete now formalized and the possibility of 7x 212 Olympia Showdown Champion James “Flex” Lewis on potentially doing the Open Olympia in 2019, I think an impact has been made on the top tier of the 212. It’s not entirely a novelty, as other 212 bodybuilders have tried their hand at Open contests before (e.g. The Boston Mass, Jose Raymond), but for the Arnold and Olympia – that’s a whole new world. Not too long ago, Hidetada also made the jump for a big show and did well. In fact, years ago, even before the 212 (if my memory serves me right), Yamaguishi and David Henry both, took Top 10 victories at the Mr. Olympia, but that was ages ago. It will be very interesting to see where the 212 Arnold Champ places in the 2019 Arnold Classic.

I don’t know about you, but I’m pretty certain that as we speak, plans are being made to bring in the absolute FREAKIEST, MOST INSANE LOOKING CHARLES “THE TANK” DIXON OF ALL TIME to the 2019 Arnold Classic!!! Bet on that!!

I hope you enjoyed reading this article. I look forward to reading your comments, whether here at Iron Magazine or wherever you may see this. Thanks for reading my article.