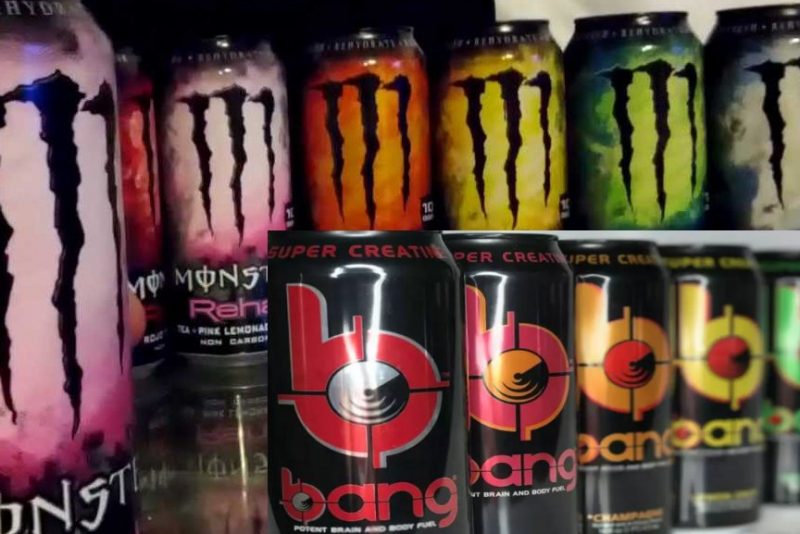 When it comes to the performance energy RTD category, VPX Bang seems to have secured a huge market share with really no other competition out there. They created somewhat of a cult following that has sent sales skyrocketing. That’s not to say VPX Bang through all the success hasn’t had a few punches thrown at it for some of its health claims. With that being said, I don’t see the lawsuits or rulings changing a thing in terms of the growth and sales of VPX Bang. That being said, Monster is entering their space with what they consider to be the new king of the category with their Monster Reign performance energy beverage.

Monster Reign Looking for the Crown

I’m going to give it to VPX Bang when it comes to the flavors available. I’ve tried a few of them for the mere fact that I wanted to know what all the craze was about and they do taste great. Looking at the profile though, all I see is a stimulant-heavy but otherwise underdosed beverage. Their claim to fame is that this “performance energy drink” contains amino acids and creatine. Yet, what they put in the product will do next to nothing in the grand scheme of things.

Monster Reign, on the other hand, is said to contain the same amount of caffeine as VPX Bang (300mg), but have as much as five times the amount of amino acids and CoQ10. This could put the profile in a better position from a consumer standpoint for those looking to actually get efficacious dosages of those ingredients. The flavors being introduced of Monster Reign will be Peach Fizz, Sour Apple, Carnival Candy, and Razzle Berry. Looking at some of the marketing material out there, it appears that two more flavors could also be in the mix (possibly down the road) with Melon Mania and a Lemon flavor of some sort. All of those, in my opinion, sound pretty dang good. But will they hold up against the flavor of similar VPX Bang flavors?

With the lawsuits between Monster and VPX (with Monster being the plaintiff), I can see the tables turning and Jack Owoc (the owner of VPX) flipping the script and going after Monster. Who will win all of the lawsuits at the end of the day? Who knows and quite frankly I really don’t care. Jack has a good legal team and enough money to make it worth his while to go after Monster.

If you haven’t heard of Monster Energy, you must be living under a rock. Go to any convenience store, gas station, or mass market retailer and you will find cans of Monster Energy products. Do you see VPX Bang in those locations? No – or at least not yet.

That being said, Monster has confirmed that their top 200 accounts have already committed to bringing in all of their flavors when they are ready to start shipping nationwide. That will give MASSIVE trial on the product immediately. More so than can be said about the launch of VPX Bang even though they have grown quite quickly in the space.

The suggested retail price of a can of Monster Reign will be $2.79 and will target the same consumers and demographics that VPX Bang is going after. Is this a smart move? I think so. For those who like VPX Bang but aren’t thrilled with the overall profile and dosages will certainly like what they see on the label of Monster Reign. Some have said Monster is too late to the party but I don’t believe the party ever started. VPX has been really the only brand in the space so I think it’s good to have some competition in the performance energy category.

Will the health and fitness community support Monster Reign? I think they may try it, but I also believe those who are the true VPX cult followers will still remain loyal to the brand as their marketing and product line resonates with them (not to mention all of the crazy expo booths and parties at fitness and bodybuilding events). Just one look at a VPX booth at a show and you’ll wonder if they are pushing supplements or simply having a party with scantly-clothed models floating around the booth. But to each his or her own.

Is it possible that retailers in the specialty health and fitness channel will pick up Monster Reign? Eh. That’s tough to say as people are walking through the doors every day picking up VPX Bang so they probably wouldn’t want to hurt those guaranteed sales not to mention they would also need to compete with every c-store location on every street corner around them.

The marketing of Monster Reign is behind the slogan “total body fuel” for its brain and body benefits as well as “Rule the Day.” That’s smart and it will definitely create some hype behind the beverage.

Will I get behind Monster Reign? I’ll definitely give the product a fair shake and see how it compares to VPX Bang. My initial thought is that I like the profile better than VPX Bang and if the flavor is similar, I think it’ll be a home run in my book at least. The price point isn’t bad either. I’m a fan of the Monster Zero (white can) so with this product being similar with zero sugar and zero calories, I might be more inclined to lean towards this product.

Is Monster Reign something you will try or are you a ride or die with VPX Bang? Let us know in the comments.