Newer PostWhat the Hell Could Kai Possibly Want?
Older PostSports Nutrition for Seniors: Is Anyone Paying Attention?
Share on FacebookShare on TwitterShare on LinkedinShare on Pinterest 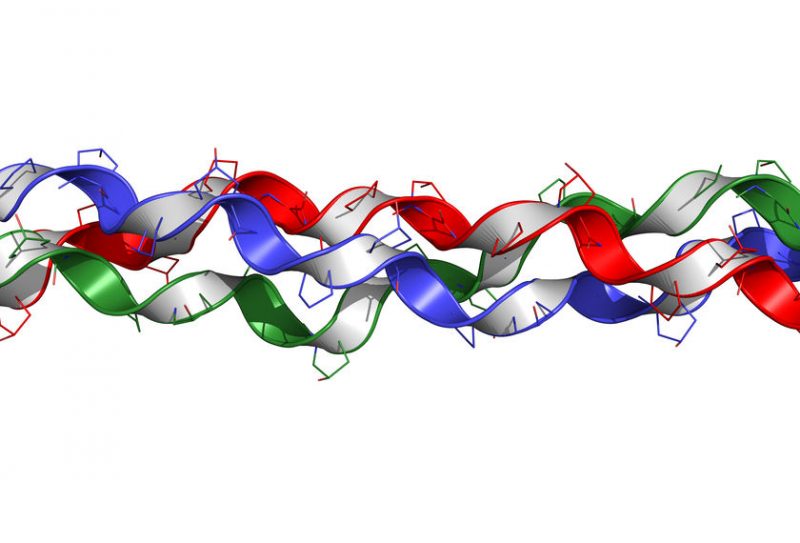 I’m a supplement junkie. I love everything new and exciting from pre-workouts, to BCAAs, to proteins, to fat-burners, to everything in between. One product that I never really looked into that much, yet seemed to be on the rise, was bone broth protein. A lot of Paleo diets include bone broth, so I figured I’d do a little digging as well as trying some out. Here’s what I found.

What is bone broth protein?

Bone broth protein is actually created by cooking the bone, tendons, and ligaments of chicken (or grass-fed beef bones) under high heat and pressure. What you are left with is a liquid full of nutrients that can then be turned into a powder for the sake of convenience or drank as is. This protein source is soy-free, dairy-free, and gluten-free—all things that many people are looking for these days.

Roughly a 22-gram scoop of bone broth protein powder will yield you around 90 calories, zero grams of carbohydrates, one gram of fat, and 20 grams of protein. In the grand scheme of things, that’s pretty impressive considering you would be getting about the same amount of protein in a normal whey protein powder that you would purchase (give or take a few grams). In addition to the macronutrient profile, you’ll also get amino acids as well as things like glucosamine and chondroitin to help improve overall joint health.

What’s interesting, is that from that single 22-gram scoop of protein, it would equate to around 2.5 cups of the liquid bone broth version. So, you’re able to consume less liquid and volume and attain the same nutritional value.

What are the benefits of using bone broth protein?

There’s a large number of people who are starting to get away from whey protein and move towards different protein sources such as plant-based protein. Bone broth is just another alternative they can add to their list, especially if they have specific dietary needs, concerns, and allergies.

Bone broth protein has the ability to improve joint health (as mentioned earlier), aid in weight loss due to the protein source being low in calories, decrease inflammation in the body thanks to the amino acid glycine being present, as well as decrease hunger and improve satiety due to the high protein content.

Should you add it into your protein mix?

Is it worth trying? I think so. It gives you another feather to put in your cap and allows you more options for your protein intake. Some people mix their bone broth protein with water, milk, juice, nut milk (almond or cashew), and coconut milk, while some even put the powder in their baked goods (such as cakes, muffins, cookies, brownies), cereal, smoothies, or oatmeal.

Obviously, you would want to get a bone broth protein flavor that would best resemble the flavor of whatever you are adding it to. So, for instance you would want to use a chocolate bone broth protein powder if you were planning on putting it in brownies or a chocolate cake batter. If going in something like oatmeal, you can be a little more flexible on your flavor options and branch out into flavors such as banana, cinnamon, or vanilla.

While the flavor of bone broth protein isn’t fantastic, I’ve certainly tried worse whey protein powders on the market from some well-known manufacturers. All of the bone broth protein brands that I have tried I purchased the chocolate flavor—not only because I like chocolate in general, but to keep the flavors the same to compare. Did I have a brand I liked best? Yes. But, would I use any of the ones I tried if I had to? For sure.

What is the downside to bone broth protein?

The biggest concern for most people is going to be the price. Bone broth protein powder is about double the cost of a whey protein powder. Sure, you could make your own bone broth by boiling the bones yourself (and many people do), but that can take you up to 48 hours until it’s ready to consume. For that reason, many will gravitate towards the powdered version out of sheer convenience. And I can’t blame them, I’d be doing the same thing since I’m too lazy to make my own.

Would this be my first choice to take in more protein to gain lean muscle mass? At that price point I’d definitely say no. However, as an alternate or an in-addition-to product, then absolutely.

Lastly, we need to understand the fact that there aren’t any specific studies done on bone broth protein. All of the studies done have been on the nutrients in which are found from the bone broth itself. Hopefully down the road, we will have some solid and concrete information on the true benefits of bone broth protein as a supplement and if it truly is beneficial to use, or if you could be tossing your money down the toilet and could get those nutrients from a less expensive source. Only time will tell.