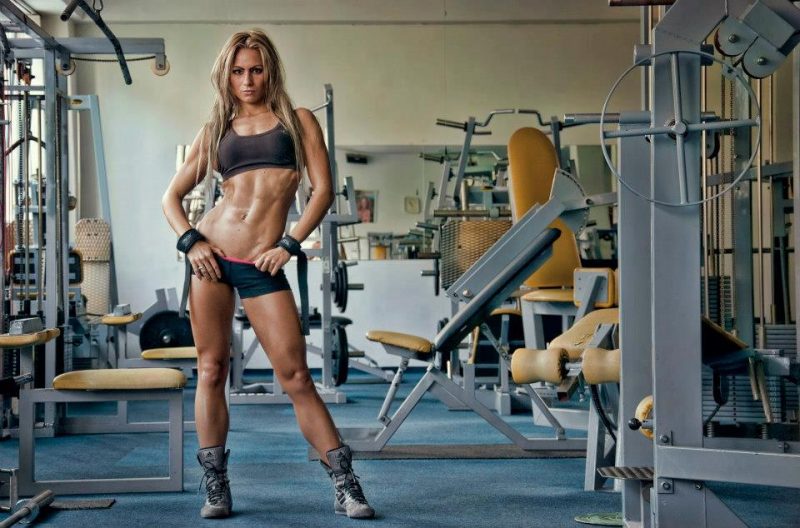 Bodybuilding is a sport all about hard work and discipline, it’s not a place for cookie cutters and bums – unless you’re ready to suffer, you’re simply not going to do well. That being said, competitors trust in their coaches, many believing the old wisdom of “you get what you pay for” and the Darwinian concept that only the fittest survive. Whenever someone gains your trust and you then use that trust to cheat them or exploit them, you’re an even bigger scumbag than someone who steals photos or candy bars.

Theft is theft and there’s no excuse for it, but when you take someone’s health and play with it, just to put more money in your pocket, ruining their dreams, crushing their spirits, and potentially harming their health, you’re garbage. Imagine if you had a diabetic client and you gave them a diet that spiked their insulin. Maybe you had a client with clearly stated allergies and “your” diet sends them straight to the ER. Perhaps there’s a person with preexisting conditions and the training program their coach assigns, forces them to further aggravate said condition, resulting in permanent harm. You and I couldn’t do that to someone, we couldn’t live with ourselves, but that’s because you and I – are hopefully – decent people. Sadly, there’s a lot of outrageous people in the industry and it’s important to keep an eye out for them.

I’m very passionate about this issue, so it’ll be a challenge to gather my thoughts in a nice, organized article. I may be a little all-over-the-place on this one, but I’m sure you’ll have no trouble following along. I’m almost positive, you’ll be a livid as I am, by the middle of the piece.

There’s a wide gamut of people holding themselves out as coaches, these days. There’s the huge-name, superstar coaches, the whole 4-7 everyone knows around the world. Those guys usually, only work with the top 20 bodybuilders and pro physique-based athletes in the world. You’re unlikely to get DM’ed by them or have them approach you at a level 1 NPC contest. Those few coaches aside, there’s a tier system – at least as far as I’m concerned. There’s the big regional/national names, there’s the more local credible coaches, and then there’s the dangerous, straight-up big-talkers, who know absolutely nothing. That last category will find you, you’ll rarely find them.

The coaches who don’t know if they’re on foot or horseback, may do a show (usually in a second or third tier federation), but chances are, they won’t even place. Nonetheless, they’ll get some kind of a trophy, certificate, or award – and they’ll milk it for all its worth. A good telltale sign, is a coach who only has photos in one pair of trunks or one pair of board shorts, only at one venue. Seasoned competitors have done a number of events, worn a number of suits/trunks, and would have no trouble pulling up their phones and showing you. Most reputable trainers/coaches, also have their certifications on their wall or they have great testimonials, some can even list all the folks they’ve helped get nationally-qualified and/or achieved pro status. These indicators won’t make or break a case, but they certainly do help paint a picture.

To be totally honest, I’m not one of these people who believes that you have to have competed to be a great coach – or even, to be a guru. I also don’t believe being a great coach requires a prerequisite personal training course or certificate; however, these are things that might spare a competitor from a bad situation. Testimonials also help, but let’s say 90% of the testimonials a coach got, were atrocious – he/she is likely to only show you only the favorable 10%. It’s really a very difficult time to be a new competitor, to be a competitor in general. The internet makes doing business so much easier, but it also makes it so much easier for good people to get scammed.

The danger of incompetent people writing meal plans, training plans, and supplement protocols is terrifying. What’s worse is when these nitwits take others coaches plans. I’ve heard, from credible sources (who I know and trust), where they’ve seen one wannabe give the same plan to an entire team of people – no matter if it’s men or women, young or old, bodybuilder or transformation client. Anyone can fall into this trap; there are no real tell-tale signs to avoid it. Further, clients rarely (if ever) communicate with each other on a team, much less compare meal plans or supp protocols. Those who are even at greater risk are online clients, because they never even see other, fellow clients of the same coach (e.g. for check-ins), they’re totally at the mercy of the coach and oftentimes, totally, in the dark.

There’s no BBB (Better Business Bureau) to report bad coaches, there’s no consumer rights groups for scammed clients, and in many cases, these “coaches” can and do change their refund policies (if they even have them to begin with) arbitrarily. Money and getting it back is one thing, but what about metabolic damage? How is that undone? What if someone pulls a muscle doing a lame brain’s workout plan? What if a woman’s voice changes because of a ridiculous supplement dictate that any other coach would’ve laughed at? Once a woman’s voice changes – it ain’t goin back. You have about as much of a chance of that happening, as squeezing toothpaste back into a tube.

Questioning and second-guessing, however, aren’t words in a hardcore competitor’s vocabulary. If and when they put their trust in a coach, it might be too late before they jump ship. Even when results don’t come about or when the competitor feels like crap and their bodies are telling them something’s wrong, it’s still very easy for these hustlers and swindlers to turn it on the competitor.

Competitors and aspiring competitors should read this article and share it everywhere. There are great dangers out there, just a few keystrokes away. Be guarded, maybe even a little paranoid, because after all, it’s your health on the line – and your money.

Also, if you’re a seasoned competitor and you see a competitor being taken for a ride, RISK some backlash and even some drama, and try to help them. People who stay quiet, avoid headaches, but they could also be a friend to someone who really needs one.