Alq Gurley – Could A Comeback Ever Happen? 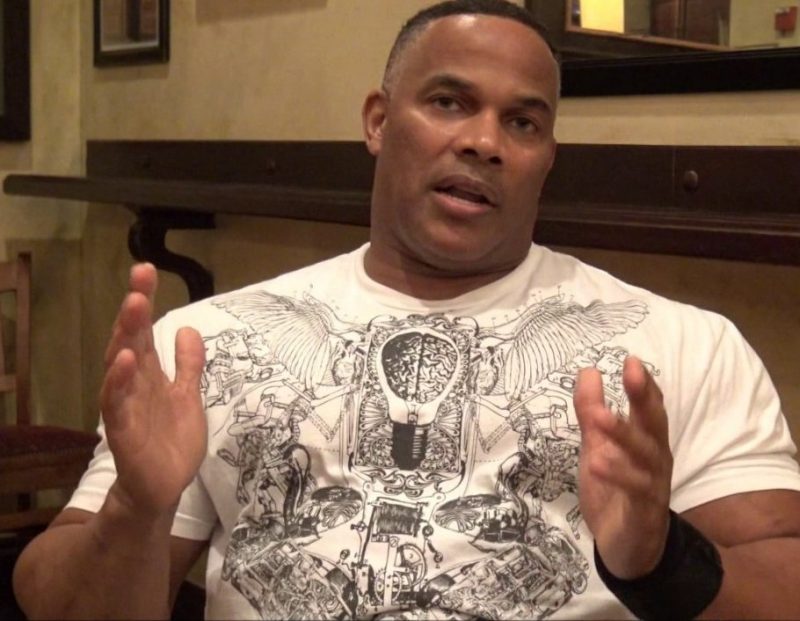 Going back to an era of bodybuilding, where magazines ruled and no one had ever heard of social media, much less the internet, a young man from Philadelphia wowed the sport with a stellar physique than could potentially go all the way. Al played all the major sports from track to football, was very familiar with weight-training, and had a very strong work ethic, from his earliest beginnings.

I’ve written countless articles about how people used to think, used to operate, but Al, actually, lived it. Most “gyms” today, would be a joke back in the day. Hardcore gyms like The Factory in Louisville, The Dungeon – Titone Pro Gym in Missouri, or the king of them all, Bev Francis Powerhouse Gym, are incredibly rare. Back in Al’s days, there were a lot more, real gyms, for real athletes, and not just everyone called themselves a bodybuilder. Between the training, the eating, and the hunger (that’s just simply not present in most athletes today), guys in the old days just didn’t give up – even if it meant losing out on stardom by a single point. Giving up, simply wasn’t an option, so when Al Q came up a point short in ‘89, he came back with a vengeance, and won the Overall at the 1990 NPC Nationals. I was honored to have interviewed Al in Boynton Beach, FL, in 2017, and got a ton of insights from speaking with him. Even in 2017, Al looked like he could jump on stage within a relatively short amount of time. The question for me then, as well as today, is if such a comeback could ever happen?

For starters, a comeback could mean any number of different things. Probably, the single biggest way, would be competing. One event I, and countless others, would love to see come back, is the Masters Olympia. I think a competition like that would make it a heck of a lot more realistic for guys like Al Q to return. Not only would it be a great title for him to battle for, but I honestly think he’d do very well. Also not too far from his native Philly, my good friend Rich Siegelman has the IFBB Pro League Baltimore Pro Masters and my mentor, Gary Udit, promotes the amazing IFBB Pro League Pittsburgh Pro Masters. In terms of contests, there’s definitely great places Al could compete in, today.

That having been said, when you win the Overall at the NPC Nationals, win a Universe title, and crack the Top 10 at the Mr. Olympia, competing isn’t your one and only option for a comeback. In fact, Al Q also interviewed with the legendary Ron Harris of Muscular Development in 2017. Both the StrengthAddicts and MD interviews remain favorites among countless bodybuilding fans and that says a lot. Not everyone is consumed by the postings of the Insta-Famous. A lot of people, particularly bodybuilding purists, look to guys like Al Q, Mighty Mike Quinn, Lee Labrada and Samir Bannout, and they simply can’t get enough. It would also not to be accurate to pigeonhole or label these guys as nostalgia acts. While it’s true that people want to hear about the old days, they almost equally want their take about contemporary times. Competitors, today, want to hear from the legends, and they want to learn from them.

Back in ‘17 we got the word out and hopefully in ‘19, this article makes the rounds, and gets a few more people talking. I’d love to see Al Q do a podcast with Tad Inoue, maybe join Scott Mcnally, or maybe get interviewed by Shawn Ray for Shawn Ray TV – how cool would that be?!?! Heck, why not a Lonnie Teper interview while we’re at it? Competing aside, Al could do a series of great interviews in 2019, but ultimately he should have something to promote on these interviews, and therein lies the big question – what?

I don’t know about you, but if Al decided to write an e-book, for example, I’d not only buy it, I’d read it several times. I read paperbacks by Dave Draper and Bob Paris, just to name a couple guy I looked up to, to the point the covers were falling off. But with e-books that wouldn’t be an issue and you can read them anywhere. It’s really the way to go. You self-publish, put your book online, and do all your interviews from the comfort of your own home. Once you do all the interviews online, who’s to say you couldn’t take the show on the road, do some seminars, maybe even speak at some shows and/or become a motivational speaker. The possibilities are absolutely endless!!

Let’s all hope Al gets a kick out of this article and seriously considers getting back in the mix. At the very least, I hope that some of the media personalities mentioned, reach out to him – Tad especially. I think Tad has the journalistic ability and the knowledge and insights in bodybuilding to do a fantastic interview. Dave Palumbo is another big name, who would do a fantastic job as well. I also hope Al doesn’t mind me putting him on the spot like this, but he’s an absolute legend and everyone should know who he is, what he accomplished, and what he’s working on in the future.

I hope you enjoyed reading this article and look forward to your comments.