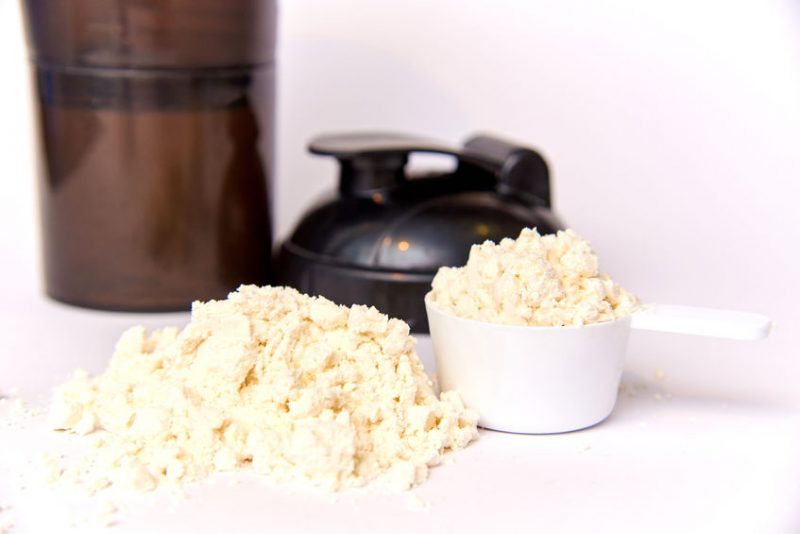 If you’ve ever tried a plant-based protein, you may have been left wanting more from a flavor perspective. Personally, I have yet to find a plant-based protein that I actually enjoyed the taste. They were all very bland and some down-right disgusting. I vowed I would never touch another plant-based protein for as long as I lived and would strictly use whey protein. Well, then came along almond protein powder and ruined my plans.

Is almond protein powder the next big plant-based protein?

Those looking to get away from whey (for whatever reason) have been dabbling in the plant-based protein market. While some have found a new love for such products, many had the same negative experience that I did. One brand, however, seemed to crack the code (or nut) when it comes to plant-based protein innovation.

Noosh is a brand that started their business venture with products like almond oils and almond butter spreads. Almost by mistake, they stumbled upon the fact that they could press the almonds and form a powder. The owner of Noosh was quoted explaining her findings as, “What we found was that when you press the almond to get the oil [referring to the production of another one of her products], you also get powder. When that powder is micronized and de-fatted [through a cold, double expeller pressed process which uses no chemicals or processing], it becomes a protein powder.”

That powder could then be transformed into a healthy plant-based protein option which would suit a market that has shown growth year over year. They’ve even jumped on the keto train with a keto + MCT oil coffee flavored almond butter as well as a birthday cake flavor (which both flavors are pretty unique when it comes to spreads).

If you MUST use a plant-based protein powder, why would you want to choose this particular brand? Well, as I mentioned earlier, the majority of plant-based protein powders taste horrible. Noosh owner has said that “if you tasted pea protein, you might find that the taste might not be as pleasant as you might want it to be. For ours, it has a little bit of nuttiness, but it is really smooth and you can’t really taste it.” That’s a huge advantage over other plant-based proteins on the market. And the demand has been so good for this specific almond protein powder that Vitamin Shoppe rolled it out into all of their locations nationwide.

Are there other almond protein powders on the market? Yes. Are they all created equal? No. A point of differentiation with Noosh almond protein powder according to the owner is that “most of our competitors use cheaper broken pieces and halves [of almonds]. We find that if you used those types of almonds that have already been cut, the almond starts oxidizing, so you don’t have fresh product. So, when you use a whole California almond [like Noosh does], you get the best quality almond that’s also the freshest almond.”

Will this hurt the whey market?

Listen, we are talking about apples and oranges here. Whey will (at least for the time being) be the gold standard for powdered protein sources. It’s been around forever. It’s tried and true. And it works. Unless someone needs something dairy-free I don’t see a reason for someone looking to make the jump over to almond protein powder. Now, that’s not to discount the product or protein source by any means. It simply comes down to the fact that whey protein powders are utilized by a large majority of consumers today and they’re happy with their buying behaviors.

Have you tried almond protein powder or would you consider trying it? Let us know in the comments.