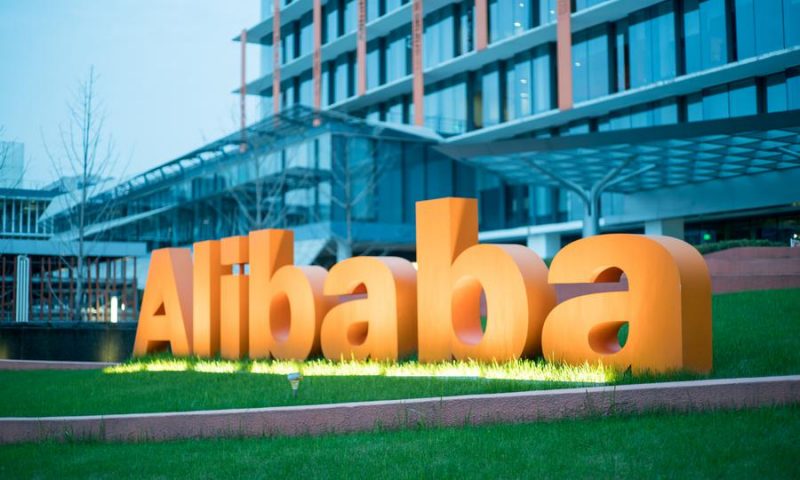 How many of you have heard of Amazon? Probably every single one of you. Heck, you have probably ordered something from them in the last 30 days. Now, how many of you have ever heard of Alibaba? Maybe only a few of you. The Alibaba Group is a Chinese e-commerce platform that is direct competition with Amazon. While both e-commerce businesses are showing year-over-year growth, Alibaba is nipping at Amazon’s heels.

When looking at both businesses, it’s a battle between Amazon owner, Jeff Bezos, and Alibaba owner, Jack Ma. Both basically have more money than God at this point but in a market where everyone is looking for the next big thing, will Amazon stay on top or will Jack and his team push full steam ahead in 2019 and close the gap between the online giants?

Both Amazon and Alibaba have multiple services or brands under their umbrella. Obviously, we all know some of Amazon’s such as Amazon Prime, Amazon Fire, Amazon Kindle, Amazon Drive, and others. Alibaba also has various brands such as Ant Financial, AliPay, Alibaba Cloud, 1688.com, AliExpress and more.

If you would take both businesses and put them on top of each other, they would almost fit identically. Yet, the opportunity for Alibaba to grow quickly exists simply by the numbers. China has around 731 million internet users while the US only has around 286 million.

Here in the US, we look forward to Amazon Prime Day. It’s a day where powerhouse Amazon has a huge sale on nearly their entire site it seems. People flock to the internet to see what deals are up and how much money they can save. It’s similar to a Black Friday or Cyber Monday event (which we will discuss shortly). The sales from this “shopping holiday” in 2018 was $4.19 billion for Amazon. Not bad, right? I mean, heck, any business who does $4.19 billion in sales in such a short period has nothing to complain about.

But wait… Alibaba has their own one-day sale in China called “Singles Day.” In that one day, they did $30.8 billion in sales. No, that’s not a mistake or typo. Can you say complete and udder annihilation in sales? There’s no comparison. If your jaw didn’t hit the floor, this probably will. Looking at the 2017 statistics for Black Friday and Cyber Monday sales in the US, the numbers only reached $10.6 billion (I didn’t have the 2018 figures at the time of writing this article). Add that to Prime Day and you’re still only at $14.25 billion. Alibaba is straight up a beast.

Groups have been looking at the trends of both Amazon and Alibaba and they say that for every $10 spent online, $5 is going to Amazon. This is almost a monopoly. Amazon’s hold on the US consumers is intense and it’s only growing with each passing year.

When looking at Alibaba, they have more than 80% of every purchase made online in China. Yet, it is said they still have a lot of room to grow as they have only hit around 53% internet penetration.

In 2018, Alibaba joined other gorillas in the market like Microsoft and Apple by reaching a market capitalization of more than $500 billion.

While Amazon is still, overall, larger than Alibaba, there should be concern on the face of Jeff Bezos that Jack Ma has a target on his back. Can Alibaba steal sales from Amazon in the US? I’m not an analyst nor do I have a crystal ball, but I think it’s going to be hard for American’s to change their ways and habits and shift from one e-commerce retailer to another, especially when they have been with Amazon for so long and believe in the brand.

With Amazon having multiple brands and American’s using them every day, it creates another layer of security for their business in the long-term (assuming they don’t screw something up). Consumer’s flock to Amazon not only to make purchases but to price-check items found in retail locations to see if it’s a good deal or not. Now, if one group should be threatened by Amazon and Alibaba, it should be the brick and mortar retailers.

As we’ve seen in our own cities and towns, businesses (especially small businesses) are closing left and right. They simply cannot compete with online and their foot-traffic overall has gone down due to American’s changing their buying behaviors by having the ability to order something online without ever needing to leave their house, fight traffic, find an item in the store, wait in line to check out, and then drive back home. When you can purchase online and get free shipping and free returns, it’s extremely difficult to fight that uphill battle.

Can Alibaba kill Amazon? I think many others will be squeezed out before Amazon, but I don’t see Amazon going anywhere. Bezos said himself that Amazon doesn’t have immunity from going out of business. He understands he has a target on his back by not only Alibaba but many others. It’s a matter of if Amazon can continue to innovate and create positive customer experiences to keep the everyone happy. But I don’t think it’s out of the question that in another decade Amazon could be overtaken in sales dollars by someone like Alibaba. Only time will tell.