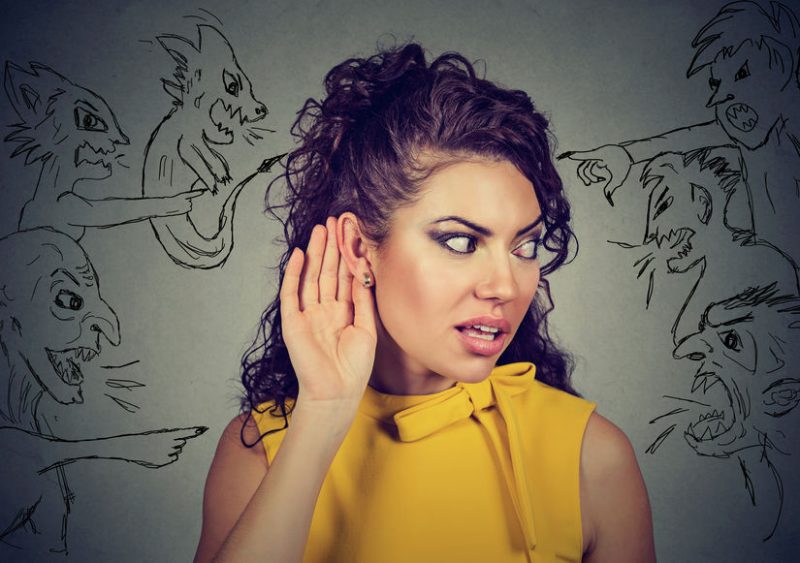 These are the same individuals who will read one sentence of something you wrote or heard you say something or mention your opinion and from that, they think they have you all figured out. Like they’ve known you for years. It’s hilarious when you think about it. People who within five seconds of reading something or hearing something will instantly turn against you and write and say hateful things about you.

Haters more times than not are only keyboard commandoes, hiding behind a computer screen and who never show their face. They’d never say half the things they say about you to your face. They bang at their keyboard in an attempt to slander your name and break you down. Many of the reasons haters hate are because they never need to face you or see you in person – they can do all their talking from behind a computer screen.

Many are losers and those who are complacent and have no real goal or vision with their life. There’s a joke that they are people who live in their parent’s basement, yet many times that’s actually the truth. Below, you will find three main reasons haters hate. Understand them so you can let haters roll right off of your shoulders and not affect your progress and success.

Social media is one of the most hateful places on the planet. Why? Because it opens the door for criticism and hate without ever needing to know, see, or understand someone. Reasons haters hate on you could be several reasons, none of which even make any sense. They could see a photo of you and instantly form an opinion.

You could have purchased a new car and a hater wants to say how crappy the car is and such and such car is so much nicer and you wasted your money… when in actuality, that’s their dream car and it pisses them off to see you being successful and achieving your goals and dreams which ultimately led to you purchasing the vehicle.

You are ultimately a reminder of what a failure they are and why they aren’t you. The underlying reasons haters hate is because they want to be you. They envy you. They want to be in your shoes and live your life. And many of them refuse to actually put in the work to move in such a direction where they too can become successful. As the saying goes, “They hate you cause they ain’t you.”

2. You are a threat to them

One of the very popular reasons haters hate on you is because you are a threat to them. You are their competition and they see you as a major threat to their life (in a competitive way, not a malicious way), their business, or their personal brand. They could have feelings for your girl or significant other and are pissed off that they are with you and not them. They could have clients leaving their business or personal brand to go work with you and it’s negatively impacting their business.

They try to put you down for their own personal or financial gain. But in the end, it’s all their problem, not yours. If they were doing everything right, you wouldn’t be a threat or competition to them. They’d be so far ahead and have so much market share that you wouldn’t even be a blip on their radar. But here you are. And because of this, it’s one of the reasons haters are going to target you and come after you. Stay the course and do you.

Because you are accomplishing things they have not in business and in life it appears like they are hating on you when in actuality, they hate themselves. You are a reflection of who they wish to be. The reasons haters hate can be many things but what it boils down to is that they disapprove of themselves and therefore they lash out at others.

It’s like the co-worker who did something wrong but wants to bring up everyone else’s name to try and save face and not look bad when deep down they know they messed up. It’s a cover. A way for them to feel better about themselves by trying to bring everyone else down to their level.

But you’re smarter than that and know better – therefore, you don’t engage with their attempts to belittle you and tear you down. They will self-destruct all on their own soon enough. The thing you need to focus on is to not allow the noise to pull you away from what you are here to do. Brush it off your shoulders and keep moving forward. You can’t allow the opinion of others who don’t even know you to derail your progress.

Have you personally had haters target you? What did you do (if anything at all) and what did they do? Let us know how it was handled down in the comments.