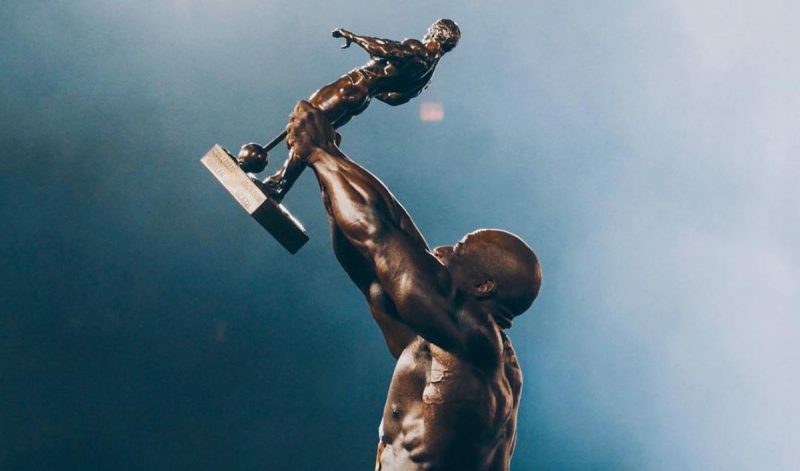 Following his loss to Shawn Rhoden at the 2018 Mr. Olympia, Phil Heath mentioned that he was once again needing to go under the knife to fix his hernia. This time, he announced that he needs time for his body to heal and doesn’t want to rush back on stage and not only risk doing damaging the same area but he also does not want to come in less than 100% again. So, where does that leave us for the 2019 Olympia if he’s shutting it down?

There are many contenders who could step up and claim the title for the 2019 Olympia, but I think there are a lot of moving parts to what could be a spectacular event. The following article will outline some of the people I believe could be real contenders as well as some potential disappointments.

It’s hard to not look at the 2018 Olympia champ, Shawn Rhoden. I mean, after all, he did dethrone Phil. However, with that being said, I don’t see him coming back and winning the show again. Personally, my feeling is the same as what Dexter Jackson did in 2008. I see this being a once and done for Rhoden. His placing varies as much as his look and while he completely nailed everything on the Olympia stage in 2018, I don’t see him having the same look at the 2019 Olympia.

Does this mean I don’t like Shawn’s look? Absolutely not. I think of Shawn the same way I Do Cedric McMillan. Both have amazing aesthetics and lines. They both have a look that I believe is worthy of an accolade and one that I’d like to see the bodybuilding world move towards. However, the big and grainy look has and will continue to be the look the judges want. I’m thinking Shawn will probably land 2nd at best but could even slip back to 3rd.

If there was ever a time for Kai to come back, it would be now. However, he needs to let go of the past in order to move forward. This week he sat down with Dan Solomon in New York at the American Media Inc. (AMI) headquarters. Am I thinking too far into this meeting? No, I don’t believe so. Here’s why.

Kai has had an issue with the powers that be at AMI and it has been said that is the reason he stepped away from the Olympia stage. Do I believe that in totality? Maybe partially. I also believe that Kai was sick of losing to Phil and knew more than likely when standing next to Phil, his hand would never be raised. So, how is the 2019 Olympia any different? Phil’s gone. Kai has beaten every single competitor on that Olympia stage and there really aren’t many contenders there who could really beat Kai. If there was ever a year for Kai to come back, it would be for the 2019 Olympia.

Dan Solomon and Kai are on good terms. They’ve even done some of the commentary together for previous Olympia’s. Being that they mutually respect each other, I can see AMI asking Dan (the new Chief Olympia Officer) to sit down with Kai and see where his head is at and if he’d be willing to compete at the 2019 Olympia with Phil being out and help blow up and promote next year’s show. No one knows the details of the meeting, but I can only assume what I’m saying could be close to what actually happened – only time will tell if the details are released.

After a 4th place finish in 2018, Bonac could be a wildcard going into the 2019 Olympia. He has a great physique and if he can nail his conditioning, he could very well wipe out anyone who stands next to him. William has a similar look to Kai and, personally, I’d love to see a side by side comparison on stage of him standing next to Kai. I still believe Kai would most definitely beat out Bonac on just about all poses, but it would still be interesting to see. If I were to guess where Bonac will place at the 2019 Olympia, it would be 4th place again, possibly 3rd if Roelly comes in and doesn’t hit his conditioning.

The People’s Champ! Winklaar has been impressing fans across the globe and is finally finding his place. While still freakishly big, Roelly has been nailing his conditioning and has turned himself into a true cartoon character on stage. The physique that Roelly brings is something no one else can seem to match from a size standpoint – he can even make Ramy look small.

Here is my prediction for Roelly. If Kai enters the 2019 Olympia, Roelly will place 2nd. If Kai bows out of the Olympia yet again, I believe Roelly (if he nails his conditioning) will be the next Mr. Olympia.

Right now, Ramy is probably on a fishing boat thinking nothing about the 2019 Olympia. But, he should. After a disappointing 6th place finish in 2018, he needs to figure out what his next move is. Will he sail off into the sunset on a fishing boat with his family business or will he double-down and try to win it all and make his off-season as productive as possible in hopes of taking home his very first Sandow?

But honestly, I don’t think Ramy understands what he wants at this point. I think he’s extremely frustrated with his physique and placings and isn’t sure where he truly belongs in the sport. He once wanted to be known as the biggest and freakiest competitor on stage, but when he focused on size, he always came into the show big but out of shape. Then, when he focused on conditioning, he would lose some size and while still looking good, I believe it messed with his head being smaller. He’s in a constant yo-yo effect.

After dumping the Camel Crew and leaving Bader and Oxygen Gym, who knows what Ramy is doing or even thinking. Will he go back to Chris Aceto for 2019 or will he completely make the flip and jump over to the Hany Rambod camp and see what The Pro Creator can do for him? There’s so much left to be seen and right now I don’t think anyone of us knows or even understand where Ramy’s head is or what his plans are. Heck, Ramy probably doesn’t even know.

Placing top 5 at the 2018 Olympia could have been Brandon’s most prized placing. Even topping some of his wins. The fact that he beat out Ramy and Dexter says something – Curry is the real deal. Both he and Nathan De Asha have made leaps and bounds in terms of progress since working with the Camel Crew over in Kuwait. What could another productive off-season yield for Brandon? I’m thinking some amazing progress that could springboard him up in the placings for the 2019 Olympia.

If anyone slips up at the 2019 Olympia, Brandon could crush them. When progress pics of Brandon surfaced after some time at Oxygen Gym, just about everyone’s eyes popped out of their head. If he can make the same amount of improvements this off-season, not only will he win shows through 2019, but he could potentially be top 3 or 4 at the 2019 Olympia contest if Kai doesn’t show up.

What do you think? Will Kai come back? Will Roelly become the next Mr. O?