Will The Conqueror Win the Arnold Classic? 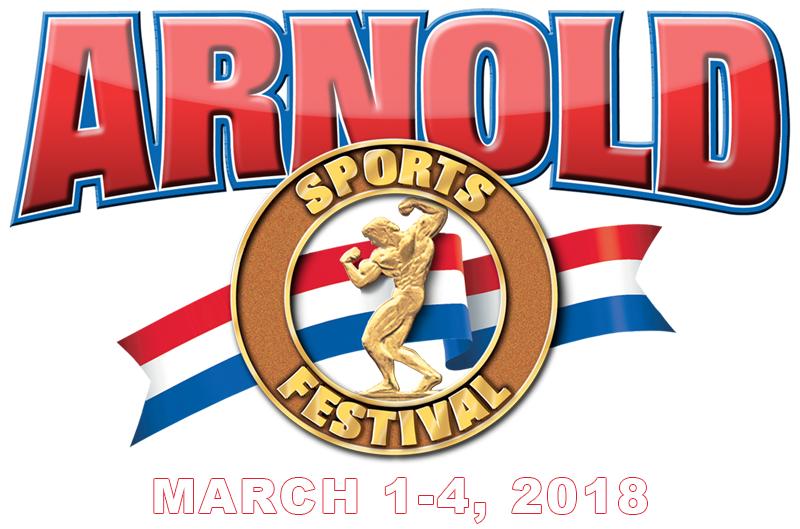 We’ve all heard the name William Bonac. In a relatively short amount of time, the Dutch bodybuilder has earned the respect of his fellow competitors, won a large fan-base, and managed to get the media to want to do videos and articles on him. Recently, he had a very controversial showdown with social media star Luimarco. Despite the fact that the L.U.I. basically said his days at the top were numbered, most fans know better. Very few bodybuilders ever break into the Mr. Olympia Top 3, even fewer are considered as having won the whole contest. Despite the sometimes overwhelming support for Big Ramy, coupled with the fact that he came bigger and more dialed in than ever, many fans (particularly those at the contest) had Bonac ahead of Ramy, and even ahead of Heath!! With the 30th Arnold Classic less than a month away, everyone is wondering just what would happen if William “The Conqueror” Bonac were to emerge victorious in Columbus, OH.

The Mr. Olympia is the greatest show in bodybuilding; this is the competition that determines the greatest bodybuilder in the world; however, the Arnold Classic is the undeniable 2nd biggest show. That’s important because whoever wins the Arnold – generally – goes into the Mr. Olympia with a considerable amount of momentum, fan support, & media hype. That last note is key, as it sells more tickets, sells more advertising, and creates a field day for the print, digital, and audio press. Everyone gets excited when someone wins a stacked Arnold Classic and then readies himself for the next six months for the Olympia. Each month builds more suspense, leaked out photos go viral, and message boards light up as rumor mills emerge left, right, and center. There’s nothing better for ratings that a high demand for news, when there’s no news to report. This why Dorian was such a fan favorite. He’d win the Olympia, have a super brief off-season, then descend into his dungeon gym. No one would ever see him or hear of him, but they’d just try to imagine how intensely he was training, eating, and GROWING!! Social media gives us all the information we can process, as it happens, but deny the fans that information and watch their interest skyrocket!! 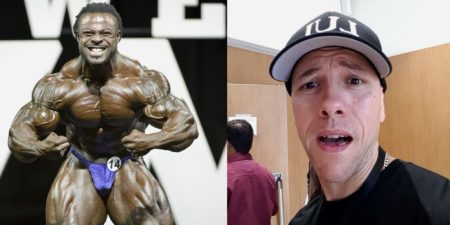 Also, keep in mind that the 2018 Arnold Classic is definitely stacked!! Not only will it mark the return of Dennis “The Big Bad” Wolf, but it will also have Dexter “The Blade” Jackson. Dexter, who will compete at 49 years of age, has won five Arnold titles and the 2008 Mr. Olympia. Additionally, the 2016 Mr. Olympia runner-up Shawn “Flexatron” Rhoden will be in the mix. 2017 Arnold Classic champion Cedric McMillan will also be in the show defending his title. Unlike, 2017, this year’s Arnold will be an all out war, with new, young guns, as well as seasoned (highly decorated champions). If Bonac wins here, he’d have notable momentum, coupled with his 2017 3rd place. That having been said, there will be two notable competitors missing – 2017 Olympia runner-up Big Ramy & 2017 Mr. Olympia Phil Heath. That makes for even higher stakes, because in a very real way, Bonac must win in Columbus to remove any doubts from the fact he’s a legitimate Top 3 Olympian.

Although the stakes are high, Bonac has little to worry about. If he can bring the same physique as the Olympia, he should win the Arnold. A mistake for him would be to get bigger. We’ve seen what happens to aesthetic masters like Flexatron and even more recently Regan Grimes when too much size is added too soon. It’s most definitely a very tempting proposition, but it’s definitely not worth the risk of sabotaging a great, winning look. 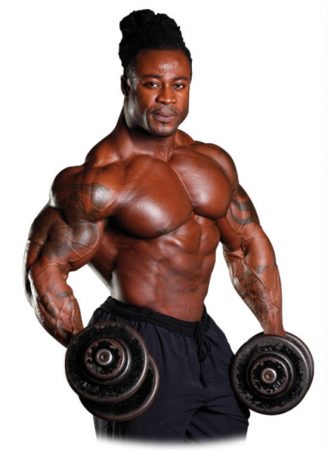 I’m a firm believer than anyone in the Olympia Top 5 could win the show. When discussing the Top 3, we’re talking about an elite among an among an elite. The differences between the athletes among the three best in the world can be so minor, that I don’t think anything should change. When you’re dealing with microscopic differences, a massive overhaul is the last thing you want.

Let’s not forget one of the most pertinent lines in bodybuilding, attributed to Bob Cicherillo: “sometimes it’s apples and oranges.” Sometimes, the best thing you can do is keep being the best orange. One day, there will be a time when the judges are in a mood for oranges and then the apples will have to settle for the silver and bronze. Whether an athlete goes to the top on size or symmetry, they need to remain true to their physique.

William Bonac’s camp probably knows all this, but there’s no harm in reminding them. The Conqueror is a bodybuilder who may very well win in Columbus, then win Las Vegas, pulling a 2001 Ronnie Coleman feat, denying Phil Heath his 8th Sandow, and starting a whole new reign. Only time will tell what will happen in Columbus, but the fans are sure in for a treat!!
Be sure to visit us at the Muscle Enhancement / Muscle Gelz booth at the 2018 Arnold Classic Expo. Buy some Muscle Gelz, get a t-shirt, and meet Gregg “The Ramblin Freak” Valentino. See ya there!!