Will Soccer Ever Get Mainstream Love in America? 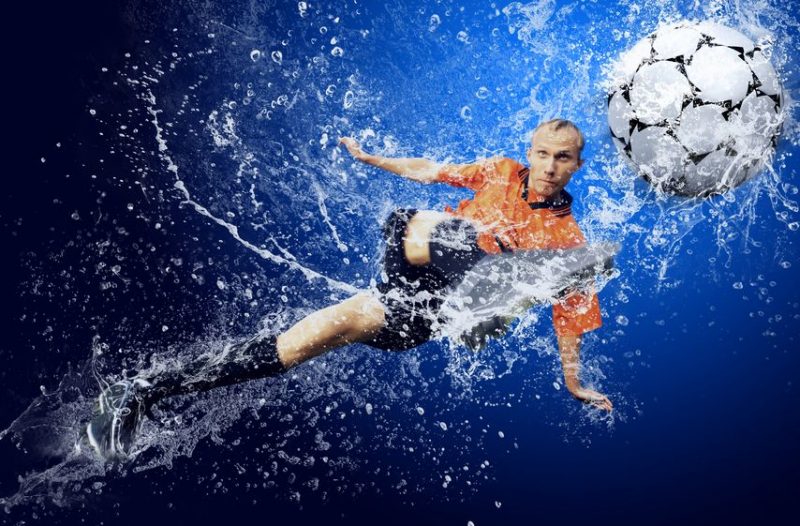 Right now, three American cities have been blessed with three professional soccer teams – Indianapolis, Louisville, and Cincinnati. These new franchises have earned widespread, overnight support, with impressive venues to boot. For Louisville, it’s the first pro team to play there and it’s creating a very strong amount of buzz. The questions is, can soccer replicate this success in more American cities, earning widespread support?

In a country dominated by baseball, football, basketball, and even hockey, it’s unlikely that a new sport will somehow get to that level. Soccer is the sport of the world, with the U.S. teams improving significantly over the years, and many youngsters falling in love with the sport through gaming systems (e.g. playing the many versions of FIFA). Also, many public school, college, and intramural programs are offering soccer, especially because it’s relatively inexpensive to play – both from the player’s end, the venue’s end, and club’e end. So the question remains, can soccer ever become a mainstream sport in the United States? In this article, I’d like to discuss the effects of the internet, social media, and gaming insofar as increasing support in America. I’d also like touch upon America’s standings internationally, focusing on the World Cup. Finally, I’d like to discuss the marketing possibilities given the possibility of soccer taking hold in America.

When I was growing up, soccer was simply not an option. No one liked soccer, no one talked about it, and I can’t recall a single school that offered it as an official sport. Further, it never dawned on anyone to play it on their own. The one sport we played often was kickball, very similar to baseball, at recess. Others would even throw a Frisbee around before ever thinking to play soccer. Then in 1990 I remember traveling to Chile and seeing how the World Cup dominated every aspect of life there. I saw news stories discussing the hooligans waging hell throughout Europe, the intensity among fans at games, and just how great some of the players were. To dismiss the game as simply a foot-based sport, would be the understatement of century. The games were long, goals were rare and hard-fought, and there seemed to be endless list of rules. It was also pretty eye-opening because of the fact that much like baseball and basketball, soccer really struck me as a poor man/woman’s sport. If golf and tennis were the sports of the elite, then soccer, basketball, and baseball were the sports of the people. I saw it everywhere and although some teams like Real Madrid had millions to play with, countries with less resources (e.g. Cameroon in particular) were smashing through heavyweights like Argentina and Colombia and giving the United Kingdom a very real, very frightening run for their money.

Years later, when I attended high school, i saw a lot more of the sport. Many of my friends from Latin America, Asia, and Europe all played soccer. You had three, distant regions of the world, all united by this very powerful sport. They played it, followed it, and watched it whenever they could.

Sports are definitely cultural and the longer the interaction between a country and a sport is, the more staying power it will have on its people. That being said, there are ways of breaking through. The advent and sophistication of computer games and gaming systems have been instrumental in opening up a lot of hearts and minds to wide range of sports and pastimes. Most gaming apps, Twitch in particular, have a very strong amount of international gamers. These gamers bring their own cultural preferences to the apps and interact on a daily basis with their American counterparts. Gaming creates a secondary atmosphere whereby cultural viewpoints can and will expand. An interesting litmus test is the success of FIFA games on an American audience who may never have played soccer in school or even with friends. The same folks who are now playing soccer religiously with international friends, will also be more likely to buy apparel, potentially watch games on tv, and potentially buy tickets to watch soccer games in person. Much like baseball, a soccer game is a social experience. Fans sing songs, wave their hands in unison, and stomp their feet. It’s 90 minutes of nonstop fan interaction that many Americans would respond very favorably to if presented with a more eye-catching preview.

Think about it. Americans are very passionate people, but for most of a basketball game, baseball game, football game or hockey game, the fans remain seated, maybe chanting once, maybe screaming against a call or two. Ironically, soccer is considered to be a boring sport, but it’s anything but that, in person. Soccer is a sport where fans can create and bring banners, never sit down, literally stand on their seats, and lose their voices from screaming and cheering. It’s a nonstop adrenaline rush that often gets lost in translation. The key to changing its perception among Americans, is wholly in how relevant companies market the sport. For example, if a shoe company, an apparel outlet, or sports beverage giant aimed at soccer and soccer players, their products would sell like hot cakes. Even more tempting to business interests, a successful product in the American market, would likely be a successful product in any number of foreign markets, because soccer is worldwide. When a team wins the Super Bowl – they’re world champions, but how many countries besides the United States are represented? You can’t be the best in the world if only one country is playing. In baseball, the “World Series” is a bunch of American teams with 1 Canadian one. So much for the world, huh?

We’re talking about more than numbers though.

Soccer is a sport that involves a great deal of hand-eye coordination, speed, and top notch conditioning. Runners of all sorts would love the sport and there could easily be some interesting overlap. In pretty much every high school and college team I’ve heard of, the football kickers are always soccer players. That sort of novelty is just one of the many ways at creating a major superstar and that one larger than life person who could build the sport in the United States better than any sort of ad campaign. Look at what Michael Jordan did for basketball. Look at what David Beckham did for soccer in the UK. There’s nothing to say the same couldn’t be done stateside.

The question as to whether soccer could become a mainstay in America continues to puzzle many, but I definitely think it’s a possibility. With more emphasis on gaming, more professional teams sprouting up in major American cities, and more cutting-edge ad campaigns, I truly believe that the sport could see renewed interest. I also think that should there ever be a major superstar or a group superstar players whereby footwear, apparel, and other concessions could be marketed around, then we’ll see further growth. Finally, as America moves up the international rankings, particularly in terms of the World Cup pecking order, the odds of the sport becoming a major success will increase.

The reality of the matter is that we, as Americans, are used to winning. If we don’t win every so often, it motivates us to do whatever it takes to become the best. This formula works in just about every sport, from baseball to football to basketball. America even does well in foreign sports (e.g. rugby or cricket), but when it comes to soccer, it’s nowhere near being the best. Losing is simply not something we like to process, especially not often. As soon as American selections improve and perform better against powerhouse countries, then that too will increase the popularity of the sport. For the latter to occur, America will have to have the budget to attract superstar, international players and the program in question must be good enough for these players to want to make the move. When it comes to money, there’s no shortage of it around the world, so money alone won’t get us the team to win the biggest game in soccer.

In conclusion, we’ve discussed a number of ways to build up the sport, attracting better players, and pointing to the very important role marketing plays. That having been said, that may or may not be enough to change the current playing field – pun intended. I hope you’ve enjoyed this article – here at Iron Magazine – and I look forward to reading your comments.