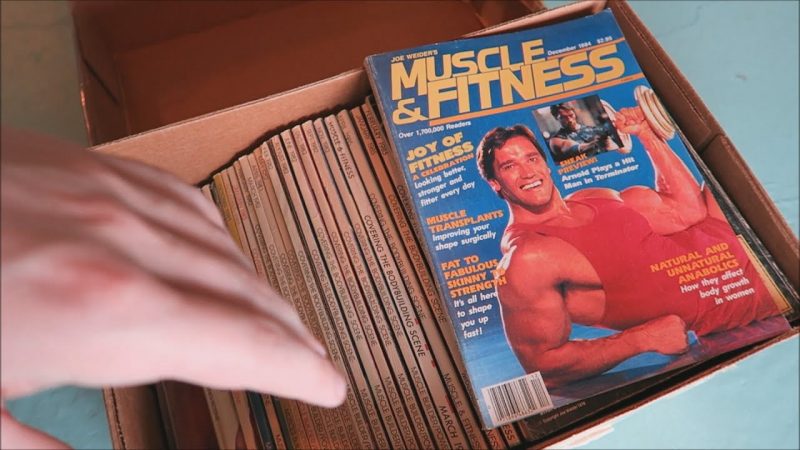 We’ve been hearing the online pundits say it for years, constantly speculating about the day when magazines are never again seen on the newstands. On the one hand, statement like those have to be taken with a grain of salt. If a website owner is saying that, clearly they have a dog in the race. The more quickly print goes away, the more advertising dollars there’ll be for the net. That having been said, some things have become factual. For example, big companies are cutting their ad budgets when it comes to print and small to medium-sized companies are hardly jumping into the void.

As advertisers have begun pulling out, the once formidable staffs of yesteryear have shrunk into skeleton crews, and the magazines have gone from several hundred pages each issue, to barely a hundred. Fortunately, at least a couple of the big magazines had the sense to start small online operations running parallel to the larger print versions. There wasn’t a great deal of time or resources invested on the digital platforms, but at least it was a start. As the shift has changed, the digital option has become the more desirable platform, and print has become a bit of deadweight. What many sales department are now doing, is offering bundle rates, where advertisers get the best of both worlds. It looks attractive to the newbie marketing directors, but to the seasoned veterans, it’s a lot of smoke and mirrors. Print will continue to face very serious obstacles (even in order to survive, much less blossom again). These include the need for immediate news, dwindling circulation, and the inability to hire and keep quality writers and staffs.

Perhaps the biggest and most detrimental issue facing the magazines is the fact they can’t bring news to their readers in any way, shape, or form as quickly as the internet. When it comes to contest coverage, sometimes contests can become very difficult to attend if there’s geographical issues. Also a lot of people have scheduling issues (e.g. work, family, etc). The need for contest coverage is absolutely critical and fans don’t just want to know where competitors placed, they want photos. Great photos require great photographers. Great photographers must have top of the line equipment – from great cameras to high-end lenses; they must also have the skill. The most skilled photographers have been in the game for many years. When you’re dealing with someone who’s skilled and has top notch equipment, then magazines have to pay the big bucks. During the heyday of print, this was possible, at least from a budgeting perspective. As the net became more of a household item, small websites started putting up content much faster. These pages, however, lacked the financial means to get the high-end equipment and they certainly weren’t working with the best photographers in the business. While they could beat the magazines in terms of turnaround, the quality just wasn’t there. Suddenly, over time, something happened. Photographers started playing the field, supplement companies took some chances, and magazines just didn’t switch it up. Had magazines cut costs, downsized, and somehow courted the photographers more, then they may have been able to stave off the inevitable, but the demise of print was a forgone conclusion. Even today, the old guard leading magazines isn’t on the same page as the youth dominating digital.

The only magazine which I thought would survive and continue to do well into the future, was Muscular Development. The reason for this is because the magazine appealed to the hardcore element of bodybuilding. The publication addressed aspects of the sport, training, and prep that others didn’t. The fact they were so hardcore, created a special niche for them. MD would survive, but it would still feel the hurt. As a result, I was right. I was sad to see Muscle Mag go, but I feel there were other factors at play there as well. IronMan was definitely suffering. FLEX was part of the old guard, but with the AMI buyout, their future was safe. Whatever had to be done, would be done, but the business model would be streamlined and profitable in the new era. Today, with FLEX merging with Muscle & Fitness, that publication remains one step ahead of everyone else in the print media; however, it’s no longer 100% bodybuilding. To date, Muscular Development is the last of the Mohicans.

Another big mistake the magazines did, was try to sell online subscriptions. Some were free, but also required lengthy registration processes. What the magazines should have done was offer everything for free, while selling advertising like hotcakes. Eventually some would catch on, but for many who clicked on links through search engines, it would lead to a frustrating dead-end where credit card information was required to move on. This pushed many hardcore users away and into the open arms of online-only publications two or three steps ahead.

As demand continued to wane, circulation was hit hard. Bookstores who’d normally order magazines at 50 to 100 edition blocks at a time, suddenly saw magazines collecting dust in the backrooms. They’d sell 5, maybe 10% of the editions, sometimes not even that. The demand was gone. It wasn’t just for bodybuilding publications, but bodybuilding being a niche sport, that would go a lot sooner than a boating publication, one on mainstream sports, or one on national/international news. Later on, bookstores started putting 2 or 3 copies out at a time, slowly replenishing as they sold out. That lasted for a little while, but ultimately, the publications were no longer even being offered. You could go to a bookstore today, whether at the mall, a convenience store, or at the airport, you’d ask the clerk for a bodybuilding magazine and they’d look at you rather obliviously. They had no idea what was even being asked. It seemed as if they’d just heard an earful of gibberish.

Taking a look back, things had reached the point of no return. Sales were down, advertising was plummeting, the talented photographers were freelancing and circulation numbers were on a downward spiral. Another aspect which we didn’t address, but which has also become a factor is that with less money to play with, magazines were/are no longer offering exclusivity contracts. Years ago, if a top athlete was signed to a magazine, he/she could only work for that publication. Some critics lambasted the practice, but it was actually very good business for the athletes. In a many instances, athletes would get a check for doing nothing. That’s impossible now. In fact, athletes don’t even get paid for interviews, so there’s little reason for them to drop everything they’re doing to go work with the magazines. The situation was starting to look dire. There wasn’t much hope left. Fortunately, Muscular Development carried on, largely thanks to the vision of Steve Blechman, the last of the old school bodybuilding editors. To this day, Blechman will not stand down, and with the help of online editor in chief, Ron Harris, MD remains a defiant force in a world it may not recognize.

In the end, no one knows definitively knows what the future holds, but things don’t look good for the print media. There’s always a chance it’ll make a comeback (e.g like vinyl or bell bottoms), but it’s unlikely. Digital is the future and nothing will change that. With the exception of MD, the only way bodybuilding publications will survive, is if they merge with exercise and fitness publications and/or if they focus more on the digital end and far less on print. If it were up to me, print would never die. I used to love buying magazines and still keep quite a sizeable collection. They’re great for autographs and look awesome framed on a wall, but the demand for them today, among Millenials (in particular), is non-existent.

In closing, if magazines are to stick around they either have to have a very special niche or change with the times, otherwise, the future is in question and any chance of being profitable & successful, looks bleak.