Why I Discourage People from Fat Burners 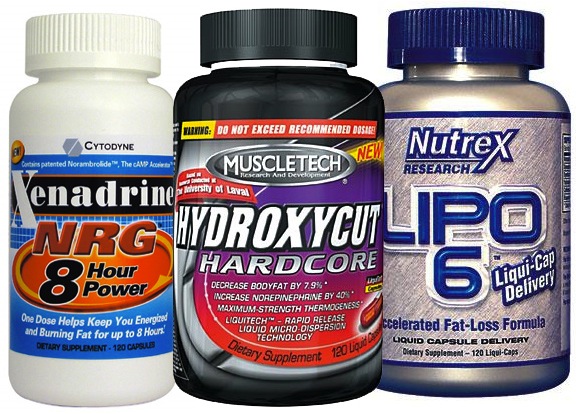 I’m probably going to get some hate for this article, but this is my opinion and what I have found to be true for most people I have spoken to and encountered as well as clients of mine who have tried fat burners in the past without my recommendation. Fat burners are a crutch. Plain and simple. Do they work? Sometimes. Are their effects lasting? Generally, not in the least bit. Why? Because other than supplementing with the fat burner, nothing else has changed.

Let’s chat about the ingredients found in most fat burners on the market. When you look at them, most contain stimulants such as caffeine. Honestly, big whoop. Almost all pre-workouts also contain caffeine, but we don’t consider them fat burners.

Another common ingredient is some sort of diuretic. What this does is pull water from the body giving it a leaner and harder appearance. This, however, is only temporary and will not last long at all.

The last commonly used ingredient in fat burners is a thermogenic. The purpose of these is to produce heat and increase your basal metabolic rate which overall increases your energy expenditure (even while at rest). Again, temporarily.

I’m going to call a spade a spade here and it’s probably going to hurt some peoples’ feelings. If you need a fat burner, you’re probably eating junk and not exercising with much intensity. I get it, we could all use a little help dropping body fat, but the majority of the people heading up to the registers or buying fat burners online can’t control their daily food intake. This can be either because they simply don’t care, or they aren’t educated enough on how to do so – which is fixable.

If you aren’t changing some of your bad habits (lack of exercise and poor nutrition) these fat burners aren’t going to do you much good. They might give you the results you need quickly if you are getting ready for some type of event where you want to look slimmer or if you want to drop a few quick pounds before you head to the beach on vacation, but shortly after your last dose, your weight will start creeping back up.

You need to start focusing on your fitness and nutrition. If you aren’t exercising, start. If you aren’t eating healthy whole food meals, start. A fat burner isn’t your magic pill that is going to change your life and all of a sudden, you’ll drop weight without much effort. You’re going to need to put in the work not only to lose weight, but to keep it off. Quite frankly, it should start and end in the kitchen. You can’t out-train a poor diet and you certainly aren’t going to lose weight if you’re in a caloric surplus every day – it just doesn’t work that way.

Get your nutrition under control. If you aren’t sure where to start, speak to a dietician and have them work up a plan for you to follow. When your nutrition plan is solid, you will put yourself in a much better position to lose weight and keep it off. Most people quit when they don’t see results, so make sure you work with someone who can get you the results you desire. If you want to do things on your own, use an app like MyFitnessPal to track your meals and make sure you’re hitting your daily numbers.

The results had by fat burners go just as quickly as they came (if not faster). The water weight that was lost due to the diuretic will come back and the scale will start going up. The thermogenic that once had you expending more calories even while at rest will have your metabolism go back to normal – this can also have you increasing your body weight if your nutrition and exercise hasn’t changed.

Fat burners are a quick fix for a very complex issue. I’d like to say it’s the magic pill to have everyone lose weight and keep it off, but that isn’t the case. Companies would like to tell you that in their marketing, but it’s all BS. If you’ve heard it once, you’ve heard it a million times – if it sounds too good to be true, it probably is.

Nothing works unless you do. If you aren’t willing to put in the time and effort, your weight loss journey is not going to end well. You’re going to get frustrated and quit. Therefore, I want to nip it in the bud before anyone out there starts down the path of fat burners without knowing the truth. Trust me, I was the naïve one back in the day where I believed everything a supplement company put in their marketing. I’d walk into a supplement store and yell, “take my money” just as quickly as the next sucker. And I don’t want that to happen to you. We all work too damn hard for our money to simply throw it away on something that won’t yield lasting results.

So, before you buy into the next great fat burner, get your fitness and nutrition right. Then, and only then, if you need a little boost would I recommend a fat burner.

Newer Post
Be A Freak in the Sheets with These 3 Supplements
Older Post
Theresa Ivancik – Feminine, MUSCULAR WOMAN!!