Why Does Bodybuilding Seem Bigger, Abroad 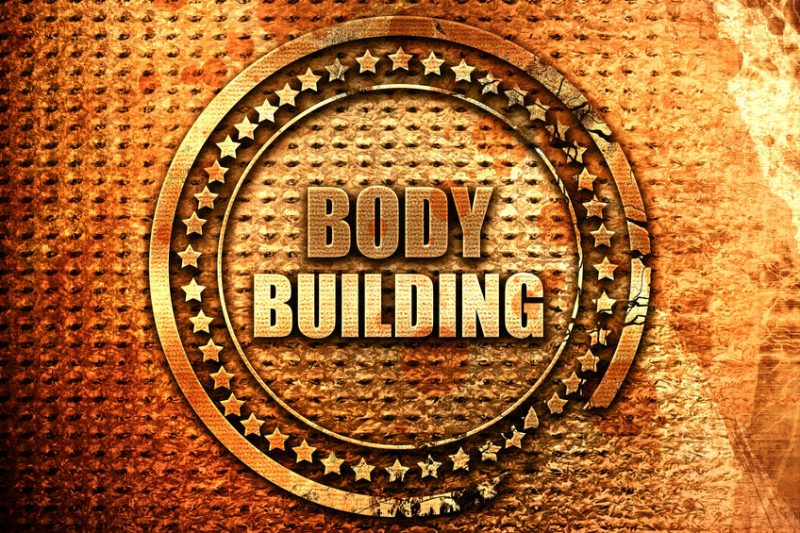 There’s a very interesting cultural phenomenon taking place before our very eyes. Truthfully, the phenomenon has been happening for, perhaps, the last fifteen years, internationally. As Americans, we’re very much wired to the worldwide web, particularly social media. We’ve all but given up on print media, with entire magazines disappearing. Let’s take a moment to fully digest that last sentence. I’m not talking just any magazine, but rather giants in the world of press publications. Poof! Gone! Just like that. Americans aren’t buying magazines, newspapers, anything print. If they want it badly enough, they’ll go (pretty much) loiter at a Barnes and Noble, read the publication while at the store, and then leave.

I still buy magazines and if I do read something at BN, it’s after buying a cup of coffee, but I digress. The reality of the matter is, no one is buying magazines or subscribing, and even BN’s future is uncertain, because no one is really buying books anymore. BN could easily go the way of Muscle Mag International, Borders, or find itself merging with another chain to stay alive. That having been said, what if I told you that print is alive and well, even thriving, in some international markets? What if i told you that the popular bodybuilding magazines we all grew up on, are still sold at newsstands and they’re selling out. Part of the reason that print is still big internationally goes right to the point of this article. So here’s what we’re talking about in a nutshell, why does it seem bodybuilding is bigger abroad, and is it?

For starters, the internet, more particularly social media, has offered people the ability to communicate on far more effective manners than yesteryear. Businesses have tapped into the popularity of apps and platforms to promote their good and services. That having been said, places like Europe, Asia, and even Australia remain leagues apart from the United States in that the family unit (on average) is still considerably stronger. Families still eat together, spend time together, and the slave like, ball and chain reality so many in The States have with their phones, is simply not a shared a reality. Culturally, many countries of the world have town squares, where people go to sit at benches, read the paper, play chess and/or just admire nature. There is a sophistication factor where education is applauded and the social dynamic is quite different. Europe and Asia weren’t dominated by television, like the United States was. This is not to say that they’re any better or worse than us, but they are most definitely different. Their appreciation for quality is something that’s not lost upon the population because of fads and trends.Take heavy metal. In the 1980’s and early 1990’s, band like Ratt, Dokken, and Slaughter were selling millions of albums, selling out arenas, and at the center of it all. They made music at the best studios, with the best producers, and worked with the best artists to release the best looking albums. In 1991/92 a band called Nirvana came around and by 1994/95 most the biggest bands of the previous era, were lucky to play the bar at the local Holiday Inn. In Japan, most of Europe, and throughout Oceania, these bands popularity never waned, their fans didn’t stop going to concerts, and in many cases, they won more supporters. This is because fans abroad could appreciate the new and the old, without having to pick one. Why pick? Why pick if both are great?

The example with the American bands of the 80’s and the new bands of the 90’s is almost perfectly analogous to the situation which played out with the internet and social media. The fact is, there’s a great balance between print and digital, and most of the world has embraced it.

Bodybuilding is a niche sport, here, but in many countries, particularly those where print is alive and well, the sport is actually considered a sport. The everyday interaction that mainstream society has with physique-based sports is far greater and the fact there’s more interaction, creates less awkwardness and more knowledge as far as what eating clean, lifting weights, and going to bodybuilding shows is all about. If you think about it, one of the biggest obstacles hindering the acceptance (or at least the tolerance) of bodybuilding by the mainstream is fear of the unknown. If someone has gone their whole lives seeing a bodybuilding magazine next to the finance newspaper, the local newspaper, and a paparazzi magazine, then they will be less inclined to pass premature judgment on an entire sport or way of life. There is an undeniable, unspoken, but irrefutable legitimizing quality of mainstream interaction – even at the subconscious level – with just about anything.

Just take one look at who sponsors bodybuilding events, bodybuilders, and the bodybuilding press. In America, for the most part, the fitness industry is the only major advertiser in fitness-related events and publications. Each and every year, more and more people get interested, but that level of interest is several out of pace with the growing number of new businesses springing up to the cater to that small demand. What you essentially have, is more and more people (companies) sitting down to a table, wanting a slice of a pie that never gets bigger. Abroad, however, there are more major non-fitness industry related companies sponsored the sport, more money to go around, and as a result of the latter, the sport grows.

Another big factor abroad is a little something called respect. Here, in The States, the social media has created a familiarity with superstars that’s made for some rather awkward situations. Now, this isn’t limited to bodybuilding, not by any means. There was a time when professional media would stand a respectable distance from celebrities, with some outlets going even above that, only taking photos or video when the celebrity gave a subtle nod or wink. Those days are long gone, especially given the fact that the mainstream public has a voracious appetite for news, they want their news almost instantaneously, and they readily put quality over accuracy. This demand for news content, even when news isn’t actually happening, has created media to go out of their way to deliver – delivery anything they can – just so long as they meet that demand. This reality has created an atmosphere of aggressive reporting, which in turn has caused celebrities to be far more defensive, and in many cases downright rude. It’s truly a cause and effect type situation. That mainstream climate has also been felt in the smaller, tighter-knit fitness community. I’ll expound.

Many folks on this side of the pond approach bodybuilders who they’ve never met with a level of confidence which is unsual for first-time meetings. The reason for this phenomenon is because of the frequency, more like downright obsession, most Americans have with social media and how they use it in their capacity as fans. Whereas as recently as 10-15yrs ago, no one in the media would have asked about supplements, even off in an off the record situation, now you have you fans approaching bodybuilders and talking about that and anything else that comes to mind. For the simple fact that a superstar “likes” your comment and/or even replies to it, on IG or Twitter, that’s not akin to a budding, real-life friendship. The amount of time a follower follows someone on IG, is not the same as knowing someone and being their friend, but this basic thought process is not playing out. This extends beyond awkward questions to awkward embraces and even beyond. If you’ve never met someone, never spoken to them on the phone, and have no frame of reference for who they are, if they’re sane, decent and/or well-intentioned, could you imagine such a person approaching you at a busy, noisy expo, asking you impertinent questions, and then expecting a hug? That’s insane!!

In foreign (to American) markets, the social media experience is different, as is the fan interaction with celebrities. The latter, coupled with the different demand for print media and the mainstream media’s attention to bodybuilding, is creating a very favorable climate for the growth of bodybuilding. We’re also seeing more big name bodybuilders traveling abroad (e.g. Kai Greene in China & India), because of the fact that celebrities are treated more like they should be. Their comfort should be a major concern and is a concern by their fans. There’s less of a frenzy effect, less demand for nonstop news, and more of a sense of calm and patience. I’m not suggesting we change who we are or how we think, but I’m merely observing how people think and act, elsewhere.

I hope you enjoyed reading this article here, at Iron Magazine. I look forward to reading your comments.