Newer PostBodybuilding Saves Lives
Older PostDoes Where You Shop, Determine What You Get?
Share on FacebookShare on TwitterShare on LinkedinShare on Pinterest 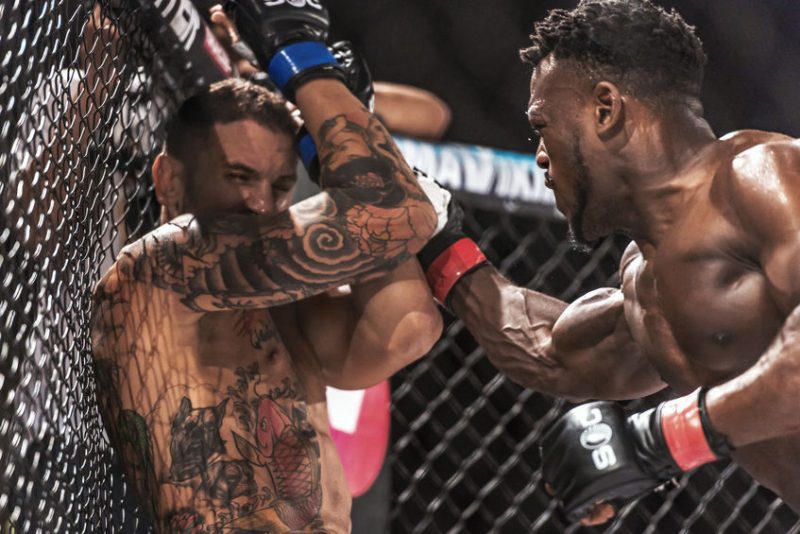 Americans have had a long love of boxing that goes back more than a hundred years. Some of the greats transcended the sport. Rocky Marciano defended his heavyweight title for half a decade, never losing a match, retiring undefeated. Other greats like Joe Frasier won the gold medal at the Olympics and had a very impressive run as heavyweight champion. Perhaps the most significant boxer of the 20th century, was Muhammad Ali, often times called “The Greatest.” Ali was a boxing legend, a political figure, a philanthropist and here in Louisville, KY, a mega icon. Major streets are named after him, major venues carry his name.

Other great boxers like Mike Tyson, Evander Holyfield and Lenox Lewis, also hold distinctions, as well as Sugar Ray Leonard, Julio Cesar Chavez, and even Oscar De La Hoya. Nowadays there’s heroes too, like Manny Pacquiao and Floyd Mayweather Jr., but boxing no longer has the same punch (pun intended). Far fewer people trek all over the world for matches; the networks don’t go crazy for the sport any more and sponsors are fewer and far between. We mustn’t forget the Rocky series, either. Just one look at those movies and the adrenaline they brought about. The degree to which boxing’s hold on mainstream sports was held, was undeniable. They could have picked any sport to base that blockbuster on, but they went with boxing. It was a sport that brought the West face to face with the East, NATO vs Warsaw Pact, rich vs poor, favorite vs long-shot. Boxing was all things to all people, it used to be one of the ultimate tests of manhood, but nowadays, it’s a shell of what it once was. A sport called Mixed Martial Arts, or simply “MMA,” has taken the fighting world by storm. Under the leadership of visionary Dana White, MMA, particularly UFC (the only federation worth discussing), has created a level of entertainment that boxing simply cannot compete with – not now, not ever. The reasons for MMA’s sheer domination, break down into three major points. First, it’s right by the athletes, second the judging is fair, and thirdly, there’s an undeniable entertainment factor that’s imperative to the success of the sport/franchise.

UFC is right by the athletes. Contest records matter and there’s a very solid chance of upward mobility. There’s a few ways to take that last point. Upward mobility can be defined in terms of making money, having exposure, and landing sponsorships. Yes, UFC fighters have a world of opportunities before them, especially for those who keep their nose clean – fighters who aren’t involved in brawls or getting arrested, for example. So long as they carry themselves like professionals within the octagon and outside of it, then they will have real success. Those who work hard, consistently improve, and treat the media and fans correctly, will usually do very well. There’s another way to look at that upward mobility, however. In UFC, you improve as a competitor when you defeat better and higher tiered fighters; you will eventually get a title fight. That day will come because of your record, because the fans will demand it, and also because the champion will want to fight the best, as well. In boxing, however, much like the movies, the champ can hide from the #1 contender. If the champion prefers to fight powder-puffs, has-beens, or rank amateurs, he totally can. The promoters may not like it and they might not book the fight, but generally the promoter has the champion and the #1 contender, both on their roster. There was a very popular boxing promoter/manager who was essentially a gangster (figuratively speaking) – he controlled both camps in most major fights. He wasn’t the only one, though. There have been many, in fact, over the course of time. These promoters didn’t care about doing the right thing by the sport or the fans – some of the managers, even, didn’t care about doing right by their own clients. Most people just wanted to get paid, and paid big! All they cared about was making money. That’s a bad scene!

In addition to not allowing for the best fights to take place, boxing also has a shady past. Many, whether legitimately or unfoundedly, believe the sport to be dirty, fixed, and/or corrupt. These accusations can be very difficult to prove, but all that’s needed is looking at some judges’ scorecards, some controversial split decisions, and then simply ask some pressing questions. One example that comes to mind is the original Canelo Alvarez vs Floyd Mayweather Jr. fight. That was hardly a nail-biter – it was Floyd all day; however 1 of the three judges saw otherwise. What she saw is anyone’s guess, because it wasn’t reality. Nonetheless, she gave Alvarez far more credit than either of the other two judges. In boxing, you can’t overturn a judge’s score. It’s not like football or basketball where you can go back and look at the tape. Even in those sports, it’s very hard to get a judge to budge if he/she doesn’t want to – BUT – if there’s clear cut evidence on video, they more than likely will rule in favor of the great weight of the evidence – but not in boxing!! Once doubt is raised in the way matches are decided, that’s a very hard sentiment to rid from the sport. The boxing commission and their rulings have also left a bad taste in many fans’ mouths. If the fans, athletes, and corners don’t exactly have glowing reviews about the sport’s highest ruling body, that doesn’t exactly instill a heck of a lot of confidence in the future. One last major disservice for the athlete is the number of belts there are. There’s at least five major boxing titles per weight class in the world. The only way to be the undisputed champion is win them all. The five key titles are the WBO, IBF, WBA, WBC, and a 5th one being, The Ring. Someone can be The Ring and the IBF heavyweight champion, yet still have a WBO Champion, a WBA Champion, and WBC Champion, all calling themselves the heavyweight champion of the world. Talk about confusing!! There’s also no guarantee that the WBA Champion ever has to fight the WBO Champion. You could even potentially have six different champions of the same weight-class. How confusing is that? These are six completely different federations, one can’t force the other on what to do, either.

With MMA, however, the top contenders get the title fights. There’s also transparency in judging and thanks to the consolidation of power, the UFC is the only federation worth competing in – there aren’t four or five other parallel outfits – hell, there isn’t even a second one. There are no judges making ridiculous calls, fight after fight, without any sort of fallout. Boxing is totally out of control, but MMA under Dana White, has someone directly overseeing all operations who wants to grow the sport the right way. There is no dark cloud looming overhead, no concerns of corruption, and there has never (in the history of the sport) ever been even the slightest belief of fight-rigging, throwing matches, or even ties to organized crime. Even if boxing is totally in the clear of these assumptions, even they’d been clear all along, the bad taste remains; it’s a blemish that may never quite be wiped away from the sport.

Perhaps the biggest reason that MMA overtook boxing as the chief fighting sport in the United States, and quite possibly the world, is entertainment. Boxing got to a point where heavyweights were barely punching anymore. Top card boxing matches started to look like episodes of Dancing With The Stars. UFC fights are all out, guys get bloody, and sometimes refs have to pull them apart, even during the last seconds of a grueling fight that went the distance. The press conferences are lively, the trash talk (before, during, and even after fights) is real. UFC is fun to watch at every stage of the process. To see boxers essentially hugging each other, dancing around without even throwing punches, much less being able to connect them, is boring. Some of the best boxing of the 1990’s and 2000’s was on movies and old Rocky reruns. The Tyson arrest/trial/incarceration of the early 1990’s also hurt the sport, followed by the ridiculous ear-biting scene that made headline news and ruined his comeback. As time went on, the lighter weight classes gave some entertainment; they still had some fight in them – from De La Hoya to Mayweather – they were keeping the once dominant sport alive. I couldn’t even tell you the last heavyweight title bout I saw in boxing – I’d really have to rack my brain to think of it. And I would really be stumped if I had to say the last time I (or anyone I know) got Pay Per View for for a fight. No one does that anymore. Very, very few people watch boxing any more and even fewer would pay for it.

In conclusion, I don’t see the MMA craze as a fad. UFC is here to stay for the indefinite future. Unless we see a major overhaul of how boxing rankings and officiating is conducted, I doubt the sport will be able to counteract the downward spiral it’s been on as of the last 20yrs. In an ideal world, younger people would have more of a say in operations and promotions, but the damage has been done. Also, there doesn’t seem to be any kind of departure from the old, tired, and failed ways of doing things. I can’t imagine boxing will ever experience the kind of renaissance that restores it to the popularity it once enjoyed. Then again, who knows?

As always, thank you for reading my story. I hope you enjoyed this article, here at Iron Magazine. I look forward to reading your comments, whether here or wherever you may read this article.