What’s the Next Innovation in the Protein Market? 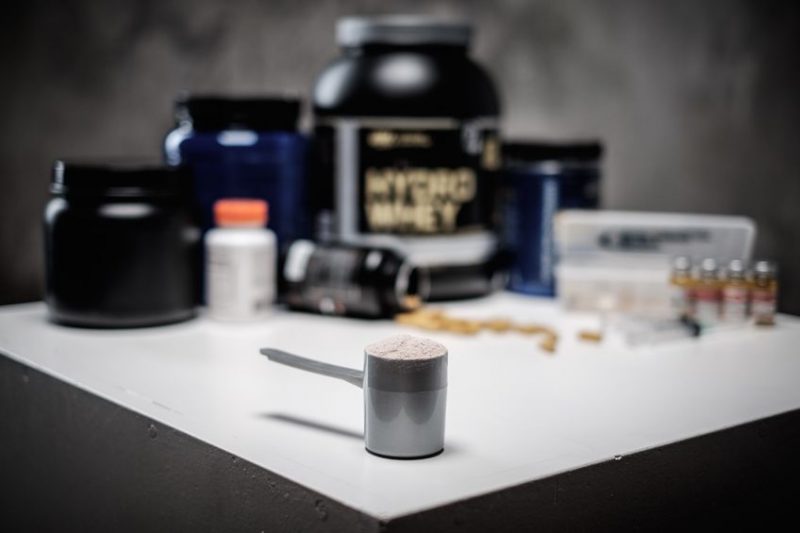 Without a doubt, the protein market is over saturated with competition. Not only that, but the costs for raw materials don’t look like they will be dropping anytime soon. In an attempt to keep protein prices down, many manufacturers are moving towards plant-based protein options. This isn’t anything new, as I’ve been reporting on this for the past year, but now there seems to be some new innovation in the works utilizing plant-based protein—more specifically, frozen desserts.

When I think of things like pea protein, I’m already not enthused to swap out my whey protein for the alternative, yet many others are. One researcher mentioned, “Plant-based protein alternatives are no longer niche products, but rather something that is going mainstream and something that companies are getting on board with.” I guess that means if we aren’t testing the waters with something new, us whey lovers might turn into the protein minority.

Research brought up the fact that here in the United States, we love our ice cream. In fact, we are the largest market for ice cream in the world, which probably explains our obesity problem. Yet, researchers are saying that by the year 2021, we will also be heavy on diary-free ice cream. If you’ve followed my content, you’d know that Halo Top Ice Cream (yes, diary-based but a healthier alternative) has taken over the pint-size market—beating out the likes of Ben & Jerry’s and Haagen Dazs. So, it’s not out of the question that the movement for a healthier version of our favorite frozen treat might move away from dairy all together.

A researcher was quoted saying, “US consumers are greatly attracted to free-from diary ice cream that is fortified in protein, which helps in both weight management and muscle gain. What we are seeing in the US is an increased demand for free-from variants of existing products.”

Shifting Away from Meat and Dairy?

Want a crazy stat? Researchers predict that by the year 2020, the demand for eggs will increase 500%. This is interesting, considering eggs currently make up around 5% of American’s daily protein intake while meat makes up around 33%. Yet, I keep seeing more and more people purchasing their own chickens for on their property and they themselves consume the eggs on a regular basis and some even sell the eggs that they don’t use—so the researchers might be right about the huge upswing in egg consumption. In fact, my one neighbor who is on a health kick was asking my opinion about getting a chicken coop just last week—which obviously I said go for it (so long as he hooks me up with eggs).

The downside to the potential demand put on eggs as a protein source, from what the researchers say, is the limited land available to raise animals such as chickens. A researcher said, “Consumers do actually care about these issues… Particularly [the impact] red meat is having on their health and the environment. We already have seen that many major food companies are getting on board with investments in plant-based protein alternatives… such as Tyson Foods investing in soy and plant-based burgers and Dannon, the French dairy giant, which bought WhiteWave Foods recently, which is a plant-based food company.”

It appears that many big companies are aligning themselves for a new world so to speak. And from what researchers are saying, companies might be trying to get ahead of the curve and be first the market on certain plant-based products—we all know the early bird gets the worm and the most share of the market.

I’m curious how manufacturers plan on flavoring these types of products? If you’ve ever had (yellow) pea protein, it has a very distinctive flavor—much different than whey protein. In fact, it’s almost an earthy taste. Not exactly my cup of tea, if I’m being honest.

Creating dairy-free frozen products through the use of plant proteins does sound pretty interesting, but the bottom line, as we all know, will come down to taste. I can only speak for myself, but I’m willing to spend more money on a healthy alternative to just about anything on the market these days. For instance, I’ve cut out all regular ice cream and settle for Halo Top every once in a blue moon when I’m really craving something sweet. And if you’re familiar with Halo Top, those little pints aren’t exactly cheap. But in the same breath, as mentioned above, Halo Top surpassed all of the top brands’ sales numbers—quite an impressive feat to say the least. So, it shows American’s are willing to spend more than double the cost per serving to get a healthier version of something.

So, will you try these plant-based frozen protein products? I’m willing to give anything a shot once. If I like it, I might keep it in the rotation. If it’s bad, well… then that will be the end of that. Let us know in the comments if this is something you would consider purchasing and trying.

1.) Crawford, Elizabeth. “Frozen Desserts and Snacks Are the next Frontier for Plant-Based Protein, Euromonitor.” FoodNavigator-USA.com, 6 Sept. 2017.