What Does It Mean to Be a Bodybuilder? 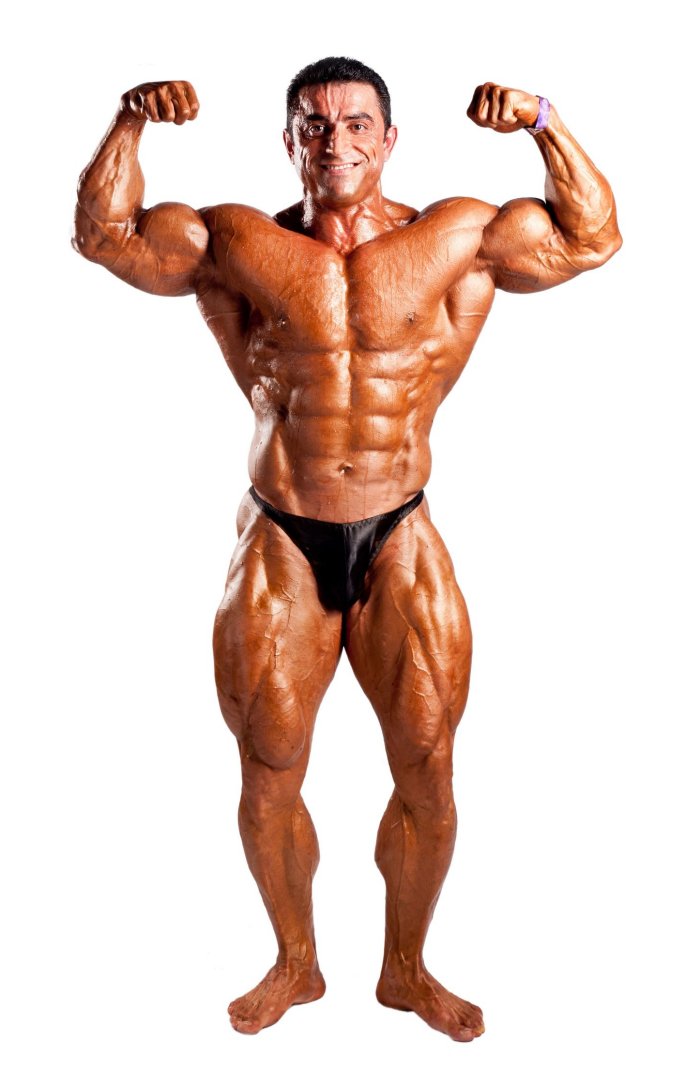 I’m taking a different approach to what the norm today is and I’d love for everyone to weigh in on my thoughts. Today, most consider a “bodybuilder” as a mass monster. Someone who competes on the competitive stage and has mounds of muscle on their frame. Many would say they are considered the guys who use steroids and other anabolics to put on large quantities of muscle.

Yet, when someone who is a fraction of those who are freakishly sized says they are a bodybuilder, many raise an eyebrow with a “What you talkin bout Willis?” expression. How can you be a bodybuilder? You’re only 185 pounds. A real bodybuilder would eat you as a snack. While it is true that someone weighing 185 pounds is much smaller than an IFBB professional bodybuilder who weighs 300+ pounds in the off-season, I believe it’s today’s stereotype that is causing the confusion.

When you look at today’s bodybuilders who compete on an NPC and IFBB stage, you see men (and women) who are extremely muscular, well defined, and insanely lean. We look at the builds of some of the greats – Haney, Ronnie, Jay, Heath, Kai, Arnold, Franco, Lou, Flex (Wheeler and Lewis), Levrone, Dexter, and many other greats. But, what is the true meaning behind the term “bodybuilder?”

When you look up the word “bodybuilder” in the dictionary, you will find the term being defined as the following: “a person who strengthens and enlarges the muscles of their body through strenuous exercise.”

So, do I have the right to say I’m a bodybuilder or no? That would make for a great debate with many minds in the industry (and maybe one day we can have such a discussion in an open forum setting). But honestly, what are your thoughts? If I walked up to you weighing 200 pounds at 5’8” and said I’m a bodybuilder, what would you say? Would you think I’m completely nuts?

What if a guy came up to you who is 150 pounds soaking wet and said he was a bodybuilder? That he went from 120 pounds, added 30 pounds of muscle through proper nutrition and training. Can he call himself a bodybuilder? He’s extremely lean, yet has a considerable amount of muscle on his frame for how small his bone structure is.

Did the stereotype kill the true meaning?

I feel almost as if the way the sport of bodybuilding has been going, that we lost touch of the true meaning of what it is to be a bodybuilder. A person who focuses on adding quality lean muscle mass to their frame through intense workouts. Today, it comes down to who can be freakishly big with a win at all cost mentality when adding size. Have we changed the definition?

Look at women’s bodybuilding. What ended up basically causing the female division to become extinct? It came down to how large some of these women were getting and it changed their structure and eventually, the IFBB did away with it at most of the shows here in the states. Does that mean no one cares about women’s bodybuilding or that their look is no longer considered ideal? No, not at all. It just further shows that the game of bodybuilding is changing and evolving and that the term has been slightly mutated into a more extreme meaning – even though that has backfired on the women’s side of the sport which makes no sense to me.

Back in the day, I would tell people that I was bodybuilding – not in the sense of competition, but that I was in the gym training to get bigger. No one batted an eye. Now, if you post on social media that you’re a bodybuilder and don’t look like Phil Heath, you’re going to be trolled by thousands of people.

Are you a bodybuilder?

In today’s standards, I wouldn’t dare walk around telling people I’m a bodybuilder, I’d get all sorts of odd looks and laughs. Yet, I know that it’s the lifestyle I live.

What do you think? Do you feel that the term “bodybuilder” has morphed from the definition in the dictionary to more of a circus freak show, or do you think everyday people who are training to add mass can still call themselves a bodybuilder? Let us know your thoughts on this topic by commenting on this article. It will be interesting to read how everyone views this topic.