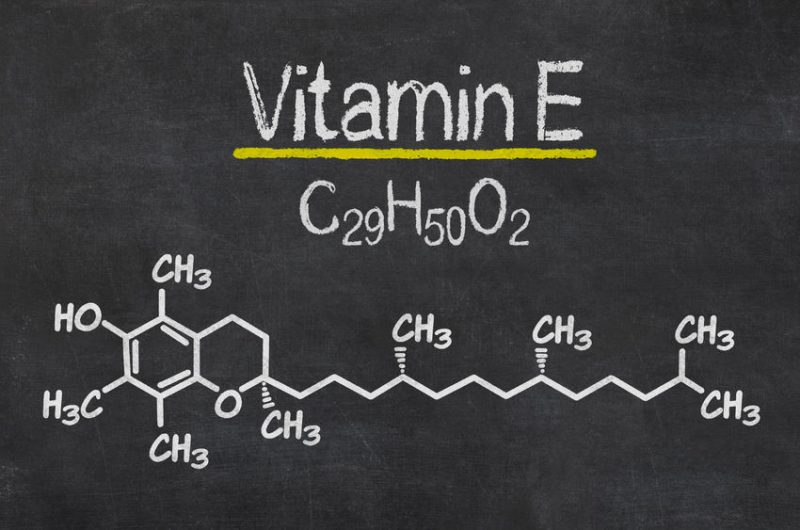 Vitamin E is commonly found in many men’s multivitamins found on the store shelves these days. It’s also called d-Alpha Tocopheryl Acetate. There are many reasons that we should be supplementing with Vitamin E, such as preventing and minimizing many health issues and illnesses, but also improving physical endurance, increasing energy levels, and now thanks to recent research, improving muscle strength and reducing muscle damage.

There are many reasons why we could suffer from muscle fiber damage. It can be anything from free radical damage to muscle-wasting diseases such as muscular dystrophy. Deficiencies in Vitamin E specifically have also been found to cause muscle weakness.

The State University of Campinas in Sao Paulo, Brazil conducted a study looking at the benefit of Vitamin E to help reduce muscle fiber damage in mice. One researcher mentioned, “The use of antioxidants as a therapeutic agent has recently gained renewed interest. Several studies have demonstrated positive outcomes regarding some diseases such as cardiovascular disease, atherosclerosis, allergic disease, neuromuscular disease, and muscular dystrophies.”

For this study, researchers took mice and had a control group that received saline, and a second group which they bred to mimic humans with muscular dystrophy which were given 40mg/kg of oral Vitamin E. Each group was given their respective dosages for a total of 14 consecutive days. Following the study, the mice were tested for different markers such as muscle fiber degeneration and inflammatory responses along with drawing blood samples from both groups.

When looking at the results, the mice who were given the Vitamin E supplement were found to have increased membrane repair, decreased molecular inflammation, as well as lower levels of creatine kinase which is used to indicate if there is an increase in muscle fiber wasting and breakdown.

From this finding, one researcher said, “Vitamin E partitions into the hydrophobic core of the plasma membrane bilayer, resulting in bilayer physical alterations such as fluidity, which increased at the bilayer surface of liposomes and decreased in the interior. Our research suggests that a Vitamin E antioxidant strategy adapted to start before the muscular degeneration cycles begin may be a relevant therapeutic approach for DMD disease.”

While studies in humans have come back showing no improvement or changes, researchers are optimistic that through supplementation of Vitamin E, they can minimize the risk of muscle damage and wasting thanks to the antioxidant properties. Researchers did not comment on the particulars of the human studies such as the dosage of Vitamin E used, the length of the study, and how the study was structured. However, if more research can be done to look at different dosages of Vitamin E and how they impact those without muscle fiber issues as well as with, we might have a better understanding of how to prevent and treat diseases such as muscular dystrophy in the future.