The Undeniable Power of the 212 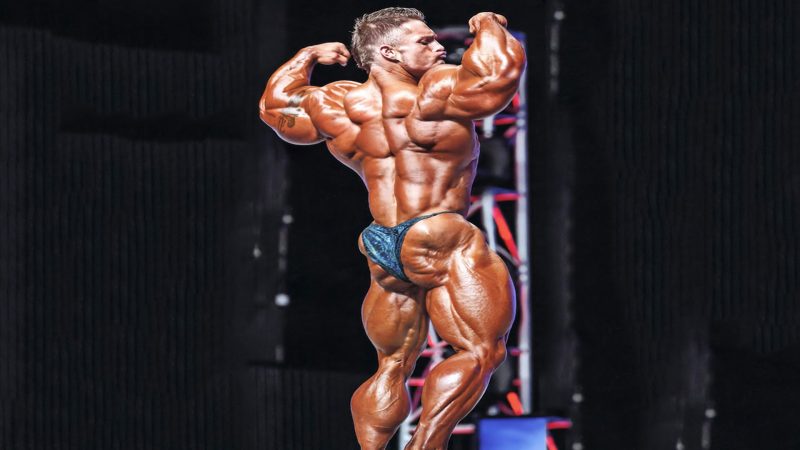 Bodybuilding is the sport we all know and love. I can’t even count the many times I’ve stated that in articles, videos, or backstage interviews. Everyone who’s a part of this sport, simply can’t get enough of it. Whereas people used to flock to newsstands each month, to buy titles like FLEX, Muscle Mag, Muscular Development & Iron Man, now people live on their phones, glued to messages boards, hanging on the every word of popular bodybuilding commentators like Gregg Valentino, Chris Griffin & Big Mike Cox, and even yours truly, Christian Duque. It’s no secret that IronMag.com is the hub for the greatest programs in the sport, but a lot of people have an insatiable, almost voracious appetite for all things NPC and IFBB Pro League. The proof is in the few months (Dec. to February) when there’s a bit of a lull and competitors take a much needed break. The love and passion for the muscle game is simply not in question. People can’t bear the silence! They can’t wait for the next season to start!

The question is, which divisions are more and more people flocking to – and why? It’s been my experience that Men’s Physique is what most male competitors typically elect, but bodybuilding will always be the flagship division. Interestingly, more and more fans are drawn to the 212. They like the open and they’re cognizant to the fact that it’s the Open category of bodybuilding which is the only division at the Mr. O for said title, but the 212 Olympia Showdown, it’s Arnold competition, and the various shows throughout the country and around the world draw and retain sizeable audiences. To what is the steady growth of the class within the division attributable to? I am of the firm belief that camaraderie is key, contest prep is taken more seriously, and drama is kept to a minimum.

Camaraderie is a fundamental component of a successful division. One of the things that draws many to the 212, is the fact that its athletes all get along very well. From my earliest interviews, I was always intrigued by the fact that despite major runs by top guys, there was never a sense of trash talk or tearing each other down. Whereas many others took to social media with negativity, it was quite common to see 212 bodybuilders going out of their way to congratulate each other over great placings. In a very real way, theirs was and continues to be a family, with many speaking amongst themselves privately, but publicly. In other words, their discussions were pubic, but even if media or a fan were to chime in, chances were the athletes wouldn’t acknowledge or reply until they had thoroughly discussed it to their liking. It wasn’t that they were above the press or the media, but they were speaking among themselves – it was very much their time. Similarly, whenever I see them interact among each other at expos, everyone knew who each other was and greeted each other accordingly. Whether we’re talkin the top guys or the more obscure ones. Some guys maybe compete once a year or are from other countries; their profile may not be as high – for whatever reason – as the guys in the magazines, major websites, doing the big interviews, but to the guys in the 212, none of that mattered, because of the bond they have. It was really like a fraternity of muscle.

Contest prep is also something that separates the 212 from the open. If you’re not 212 or less at the weigh-ins, you can’t get on stage. Excuses don’t matter. As long as you’re 212 even at the split second you’re on the scale that’s all that matters. Most of the guys are well over 212 later, but that bright line at weigh-ins must be adhered to stringently. This creates a much higher stake for the 212 guys than their Open counterparts. Further, there’s structural concerns. It’s imperative to do as much as visually possible within the weight constraints of the class/division. This is a great reason why guys will use every pound wisely and why very few will have guts of any sort, hold water for any reason, and why many refuse to undergo dirty bulks where they risk getting so heavy that they will not be able to come down in time to get on stage. Years ago, some guys would put on as much 80-100lbs in the off-season, with the hopes of increasing muscle mass. Those days, particularly for the 212 guys, are long over (if they were ever prevalent to begin with).

The stakes are so much higher in terms of contest prep in the 212, that many guys never have a proper off-season. They may come off some supplements, they may train a little harder, while taking in slightly more calories, but you won’t find them eating at KFC, Dairy Queen, and/or gorging on high fat, high carb foods for entire months of the year. The science behind supplements and the ever-competitive world of contest prep gurus have created favorable conditions for a very serious bodybuilding atmosphere in which many of the 212 guys find themselves. Supplement companies are also very eager to work with 212 competitors because of the fact the fact they’re all business and relentless hard workers.

Drama is not their bag. They could easily have feuds like the guys in Men’s Physique, but the 212 pro’s seem to be cut from a different cloth. They look at that sort of pettiness with disregard. Theirs is a class/division growing in hardcore circles, drawing considerable attention, and pressing upon more and more people. Many 212 guys could have the open guys a run for their money. So will we ever see the best of each side by side? The question is an interesting one. We’ve seen guys at the 212 compete in the open and do very well, proving that size isn’t everything, but things are pretty darn good as is. Don’t fix something if ain’t broke.

As Phil Heath goes for eight, The Welsh Dragon, Flex Lewis, is going for seven. Both champions represent the very best of their divisions, both undeniably growing the sport of bodybuilding. If one thing can be gleaned from this article, it’s that the 212 is carrying its weight. They’re actively making converts out of critics and bringing about a whole new level of excitement and interest in the sport of bodybuilding. It’s absolutely great to have them in the sport. The sky’s the limit.

Thank you for reading this article. We, here at Iron Magazine, want to hear from you. Please leave a comment here, on social media, or wherever you see this article.