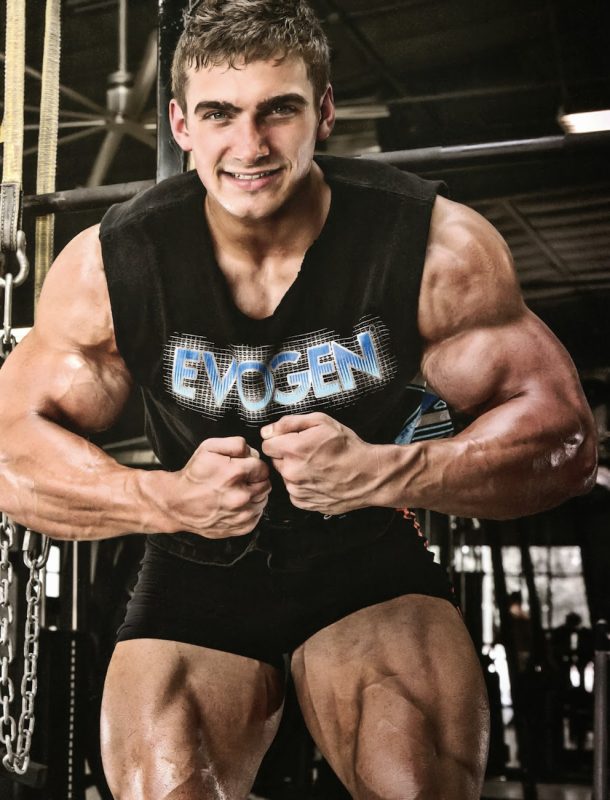 Wow, two athletes in a week. Both Regan Grimes and Cody Montgomery declared that they quit bodybuilding to try their wings in the Classic Physique division. The first thought that strikes a few fans of pro bodybuilding might be that it´s sad because there is something special about no holds barred bodybuilding. There really is. In addition, these two guys had potential to go far, especially Grimes.

Men’s open is unique because athletes who choose this path are, most of the time, aiming to become the biggest and baddest mo-fos possible and in the end hoping to bring a shredded mass monster physique to make damage on stage and make it into the history books. There are balls to the walls mentalities around these “no limit bodybuilders.” A few of the great examples are Dorian Yates, Ronnie Coleman and Nasser El Sonbaty. All these gentlemen were spectacular and didn’t leave any freakin’ stone unturned when it came to achieving their dreams.

However, as we all know by now, at least those who are free from any delusions, that the cost of aiming to live by a philosophy like that can be devastating. We need to take into account all of the bodybuilders who aimed to become the next Dorian or Nasser but never reached the pro level or even won a local show because they passed away in the name of it.

After seeing the bodybuilding culture from deeper spectra and the consequences of pursuing a pro status, I don’t think anyone should be crying that it is vanishing.

As an answer to a changing culture, Classic Physique is growing stronger day by day. And the division is spectacular in its own way by displaying more of an athletic muscular physique with a tight midsection as one of the trademarks which additionally means better health in general.

I believe that the trend will continue with many other bodybuilders switching in the years to come. I also think that the largest crowd will come from the beginners who at one point in time began training to attain a muscular physique which eventually lead them into wanting to compete. In other words, those who became bodybuilders back in the day because there were no other options. Many of these contemporary examples will choose Classic Physique instead. I don’t blame them.

Ok, when someone has the right wood work to become a super bodybuilder in the open division and has a great mindset including hard and disciplined work outs, and who works with someone who knows what to take and not to take, the risks might be worth taking. There might be a bit of history in the making there.

But for the rest and for those who have aesthetic structures from the start, they should probably choose Classic Physique. Of course, one must also consider the health situation. Everyone realizes what it takes to become a really good CP athlete. This division requires gear as well, but not to the extreme extent as the men’s open division. Remember that this relates to the general group and not to single cases.

Another thing that I have seen as the big boys flee is a lot of hate from both gurus and other athletes as well. But it’s just plain evil to jump on guys who are barely around 25 years old because of their choice to move to the new division after the industry has seen what’s been going on with large numbers of people who have already died in the name of bodybuilding.

How anyone can’t respect these guys’ decisions to move to the new class is disgusting. And there’s a lot of envy towards them. One pro I know was babbling about Regan Grimes’ huge following and didn’t understand how he could have so many followers, plus bashing him for training the wrong way; it all sounded like jealousy in my ears.

In addition to the debate and all the guys who bashed Classic Physique and said that they are taking the easy way out, I believe that’s exaggerated. That’s because I can guarantee you that not one of these guys would have trouble training next to a Chris Bumstead or a Arash Rahbar, both when it comes to lifting hard and heavy in the gym plus doing athletic trails. I also think that many open bodybuilders should be happy that Bumstead isn’t competing against them on stage. He could easily beat a lot of them if he wanted to.

It is also important to understand that many haters are so geared up mentally that they can’t think clearly. They are being affected by the dark forces of the bodybuilding culture such as a few media channels and gurus out there who blame all the deaths in the later decades solely on genetics which means they think it’s a bodybuilder’s own fault that he died. According to these evil characters, it’s always the genetics, never the drugs.

There are, for example, risks in Formula 1 racing as well. Racing demands special genetics or abilities that give the driver super reactions to everything that’s going on in the races as well as knowledge of how to handle many dangerous situations. At that level the requirements are extremely tough, but they are making history and becoming legends. But in my opinion, that isn’t anything a regular Joe should be doing. Why take all those risks? Never placing, but still having death lurking around every corner of the race?

That is also the reasons to why there are different races or divisions, because people have different types of skillsets.

There are lines to draw in regards to passions or hobbies, at least in general. No one is basically alone in bodybuilding either. There are often families and friends who love the particular person, with or without muscles.

In the end, it’s pathetic to look down on Classic Physique. After all, they get attention and get cover after cover on the largest bodybuilding mags in the world. They are also attracting more and more people to the industry, both fans and guys who want to become competitors themselves.

Another thing to keep in mind is that the last Classic Olympia was epic for god’s sake. Bumstead and Breon Ansley became big names after that show and also helped to make Classic Physique grow another notch for the future. I Live in Sweden and I see guys in my gym who have stolen parts of Bumstead’s fashion and hairstyle. They are also hitting the same pose… and they look good and seem to be happy and healthy.

And this division has only been around for 2 – years! Praise it for god’s sake, praise it! Accept it or buy anti-depressants, because this golden boy of the industry has only begun, that´s for sure.