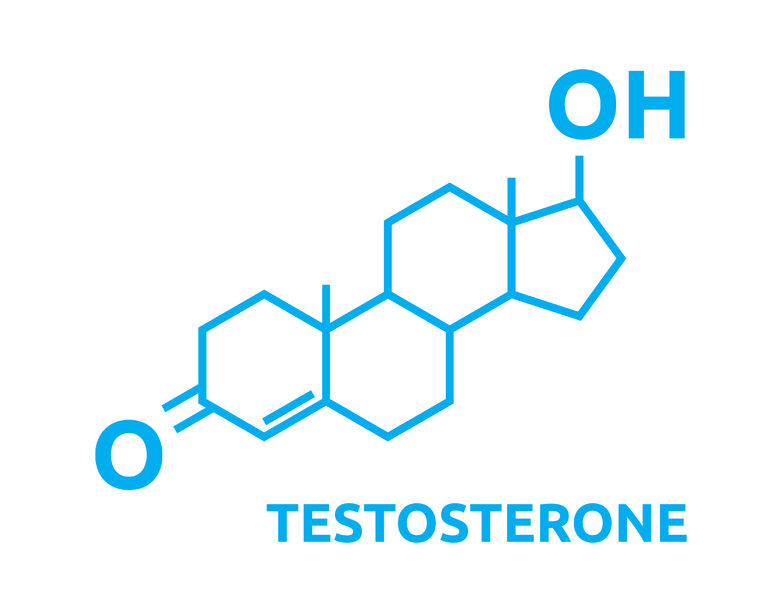 Our industry is under attack. An attack which currently swarms around us like Asian Hornets over a group of helpless insect larva. This group of helpless larva that is the young people in our industry has little hope of surviving the attack without a serious shift in not only their beliefs, but also their mindset. These ruthless hornets represent the growing notion that steroids are responsible for the overwhelming majority of all physical accomplishments in regards to bodybuilding and strength. This cancerous notion has been propagated predominantly by a select few individuals who have become excessively popular in our industry, much to the dismay of hard working, critical thinking individuals who share the same industry. While these individuals, who shall remain nameless, do in fact carry much of the blame for this explosion of harmful nonsense, it has been growing exponentially outside of their direct influence for many months.

I’ve heard it all. One can only be strong and lean simultaneously if they are on steroids. The reason Jay Cutler looked the way he did is because of drug shipments from Mexico. 350 mg of Trenbolone a week is not a lot. Chris Cormier was on juice when he was seventeen, Lee Priest was on the sauce when he was seventeen, etc. The very first thing that comes out of most people’s mouths when discussing professional bodybuilders is that the sport is all steroids and/or they look that way solely because of steroids. This notion has become something of a knee jerk reaction over the last several years. These beliefs are disastrous to our industry for several key reasons. Luckily for the aforementioned hard working, independent thinking individuals within the industry, this mindset is quite simple to contest.

The evil of this new mindset bares its head starting with said young athletes themselves. Young athletes who are new to the sport, regardless of how talented they are, feel they need to begin taking steroids from day one, as if they are equally as important to success as training or diet. Unfortunately for the future of our beloved sport, this hasty attitude towards steroids will surely hinder the long term development of modern physiques. There is much to be said for training naturally for years upon years, in order to build a foundation, both mentally and physically, before delving into the dark side. Training naturally allows one to learn his or her physique intimately, including which tactics work best and which do not yield results at all. It also teaches hard work and not to expect mind blowing results overnight. Using steroids from the jump puts a serious damper on both of these invaluable aspects, which will ultimately lead to a less impressive physique. Early steroid use is much like an amatuer martial artist learning highly advanced techniques far too early. The effectiveness of these advanced techniques will pale in comparison to those used by a martial artist who first mastered the basics.

While the disappearance of truly great physiques is one major side effect of this notion, it is not the worst of the bunch. This obsession with steroid use really digs its teeth into the popularity of bodybuilding. If the general public and/or young people believe that bodybuilding is “all steroids”, how much can we possibly expect the sport to grow? Health concerns are beginning to have a detrimental effect on the popularity of sports like football and boxing, and for good reason. Brain damage has become an increasingly common topic of discussion in regards to these brutal sports. Parents are now reluctant to start their kids in football programs and boxing has become synonymous with brain trauma. We can now lump bodybuilding and steroids into this unfortunate group. There is no such thing as a healthy extreme sport, but the extent to which bodybuilding is considered unhealthy has exploded over the last few years.

So why do so many people believe this exaggerated notion to be true? Much of it has to do with the personal failures of countless wannabe bodybuilders over the years. There are thousands of wannabe bodybuilders all over the world who are pumping themselves full of steroids, yet never accomplishing anything in the sport, or even with their physiques for that matter. Due to the fact that most of these individuals refuse to recognize the importance of genetics in bodybuilding, they love to hear people claim all the pros are on ten grams of gear a week, because it makes them feel better about their own shortcomings. It is ironic how much of a detrimental effect such a simple, infantile concept can have on our sport. The good news is, refuting simple, infantile individuals is not exactly the most difficult task in the world.

The aforementioned lack of genetic recognition that surrounds bodybuilding is staggering. The general public accepts the concept of genetic freaks in every other sport outside of bodybuilding. Usain Bolt can run 100 meters in about nine and a half seconds, while the same distance takes an average fast running man close to twelve seconds. Yet you don’t hear many people claiming this feat is accomplished through excessive steroid use. Lebron James is 6’9”, 260 pounds and about as athletic as a human being can get. Not only that, but he’s thirty-three years old, still the best in the world by far, and has never been injured. You’re telling me this is possible naturally, but Jay Cutler couldn’t be 5’9” and 260 shredded pounds on moderate drug doses?

John Brzenk was undefeated in professional arm wrestling for twenty-five years straight. John is about 5’10” and 210 pounds. He defeated every single man he faced, from all corners of the globe, for two and half decades, including countless men over 300 pounds and a few well over an earth shattering 400 pounds. Not to mention numerous muscle bound competitors who were very clearly on significant steroid doses. They all fell to this unassuming man of fairly normal stature. Why is it so hard to believe that men actually exist who are equally as gifted at building muscle as Lebron is at basketball or John is at arm wrestling?

We all knew kids growing up who were naturally far more lean and muscular than all the other kids. Every single man reading this knows exactly the type of kid I am referring to. That one guy or multiple guys who appeared to be in the gym working hard everyday and on a strict diet, yet never really worked out at all, drank beer and ate Reese’s for lunch. I personally grew up with two such individuals. They were both ripped and vascular with seventeen inch arms and small waists at seventeen years old, eating the worst food imaginable and drinking alcohol on a consistent basis. Not to mention they both put roughly two whopping hours a week on average into the gym at best.

So what would have happened if these guys trained hardcore five to six days a week and ate heaping amounts of steak and rice for five or more years straight? They would look absolutely outrageous and people would chalk their gnarly physiques up to copious amounts of steroids, because their own genetics are poor. God forbid anyone else is more gifted at building muscle than they are. The bottom line is some people are gifted for basketball, others are gifted for football, and some are gifted at bodybuilding. Stop blaming steroids on other people’s physical success simply because your genetics are sub par.

Is there an answer to this harmful dilemma? I think there is. The respected minds within our industry must make a point to refute these ideas whenever possible. Especially when they are brought up by other not-so-respected popular figures in our industry. There has in fact been some solid kickback against these ideas in recent months, which is refreshing to see and certainly a step in the right direction. This steroid obsessed notion swept us like a massive tsunami on a small Japanese town seemingly overnight. Given the speed of its impact, it seems reasonable to imagine it retreating right back into the endless depths of the ocean just as fast as it came, assuming we make a point to say and do the appropriate things as a community.