So You Wanna be a Bodybuilder? 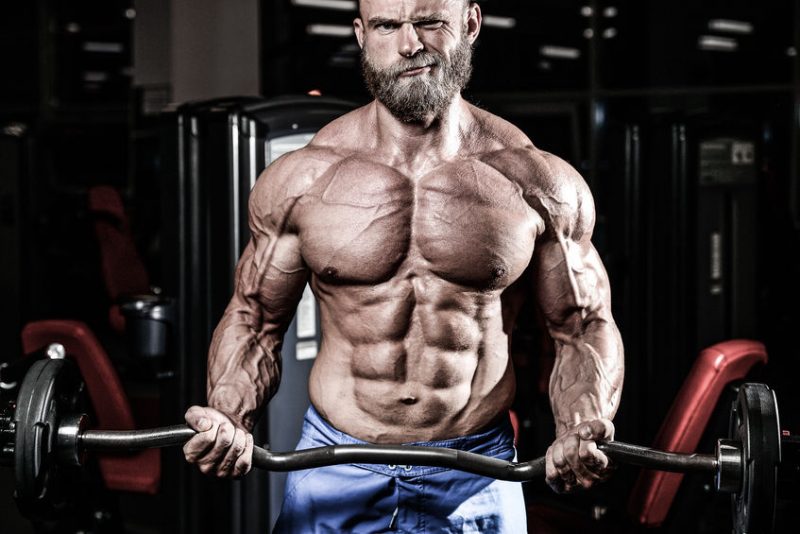 First off, congratulations! It seems like you found a passion in life. I use the word congratulations since many people around us seem to lack that capability, at least if we don’t include checking Instagram or Facebook feeds. At the same time you discovered bodybuilding, which you believe you love, there are many aspects to consider before you begin chasing the golden or plastic trophies… however you want to describe it.

(1.) The first thing to come to terms with is whether or not your genetics are good enough to go far as a competitor. For instance, are you blessed with a small mid-section, broad shoulders, small joints and fairly good muscle bellies? Additionally, how fast do you recover from workouts; can you train the same muscle group twice a week and still feel strong, fresh and grow?

Another thing that might be an indication is if you hear gym people asking you if you compete or if the veterans of the gym might say, “hey man, you should try to compete, you have it son”…then you might be on the right path, as long as they aren’t grooming you just to sell the juice! No I’m kidding, but seriously, these are important side notes to take into account when you are thinking about becoming a competitive bodybuilder. Let´s continue.

(2.) Then we have the subject of gear. After training clean two to three years you have probably reached a few barriers in regards to developing your physique further. Are you willing to take anabolic steroids and other performance enhancement drugs to break the plateaus and reach your goals of placing among the best or being the winner in your shows?

Let´s be honest, there are no successful bodybuilders who are natural in the sense that they don’t use a little PEDs here and there. Even if you´re just on TRT, you´re not a natural athlete. Neither is cutting down in weight on clen, and obviously not combining compounds no matter how small the amounts might be. Listen, to become a good competitive bodybuilder you have to dig into the world of PEDs, learn about anabolics 101 and how to implement them into your training. It is also extremely important to go to a doctor to get your blood work done every second to third month to check if your values are healthy enough to continue.

(3.) The will to learn: I’m not thinking about any “bro-logics” or “bro-science” where you hear this or that dude speak about how to stack test cyp with deca or HGH. No… learn the fundamentals, order books or bibles on PEDs and get your knowledge in as soon as possible. Become an expert in your field so you do everything as good as possible right from the start! The knowledge is of course important in order to know what to take and not to take. After you have a bit of knowledge you can discuss various subjects with the veterans or coaches of the sport, and you will have a deeper understanding of what the hell that they are talking about.

Moreover, you can’t be lazy when it comes to learning the game of bodybuilding. Even if there are coaches who basically spoon feed you out there, I personally suggest highly that you try to learn as much as possible on your own. You have to live and breathe bodybuilding. You will try out different training programs to get to know your body and how you respond to high versus low volume. Try out different rhythms, sets and reps. In addition, there is nutrition and diets. Yes, knowledge in every aspect of bodybuilding takes discipline to learn and implement. Sure, you will pick up things along the way, but again, you also have to stick your nose into literature, articles and columns like the one you are reading now. You are reading this because you have passion for bodybuilding. The question is how much?

(4.) What about finances? Do you have the money for all the foods, chicken, fish, red meat, and all the other supps, and all the gear and to pay for the doc to get your blood work every second to third month? Bodybuilding as a competitive form is very expensive. So if you are at college with lousy finances and really don’t have the time to have an extra job in addition to your studies, or if you are a father or don’t have parents who pay for you at times and neither want to do a bit of hustle and make any monkey business or even pay to get hold of real Somatropin instead of shitty china HGH, then there is a problem. But if you are financially secured and can afford your career then that´s a relief and a step in the right direction to become an elite athlete.

(5.) Additionally, do you have the mental strength? There are a lot of people who might say they train like animals or this or that zoo creature, but the truth is that there are many pussies in the gyms today, kittens who don’t give it their best, or can’t because they can’t take the pain and are afraid of lifting heavy, bailing out before its time for the growing reps in the set – reps which separate the boys from men.

You have to have a killer mindset where the heavy and dedicated work needed to sustain pain and injuries when they occur is the main focus… not just something you read on a corny Instagram feed. Another thing to ask yourself is if can you say no to your buddies when they are planning to go balls to the wall the upcoming weekend in clubs with a lot of hot chicks, who just wait for you to open your wallet and buy vodka red bulls and licorice guppy shots… or maybe snort a line or three with you on the toilet somewhere?

Alcohol, booze, liquor, at least in larger amounts during contest preps or while doing cycles, is a big no no. It will disturb your routine in a negative way and who knows where your mind will be when intoxicated on booze and the gear you´re taking? That lifestyle just has to go, man.

In regards to having the right wood work for bodybuilding or not, there are still a bunch of people all over the globe who do this lifestyle even if there are people who have been competing for 20-30 years and still aren’t pros. People who boiled down aren’t cut out for competitive bodybuilding. There is this quote that says – “it’s the journey that counts”, I call that semi bullshit. If you never reach the goal then what’s the purpose of taking drugs that put a tremendous strain to your organs and get you to your 11th place and a participant medal? Is it really worth that? I could agree only if there were no drugs involved. In addition, most of these guys have families around them, even kids that love them, kids or siblings who love their poorly placed competitive sister or brother. Additionally, they put their health at risk and shorten their lives… perhaps never letting their family see their beloved family member again… just because he or she was so obsessed with putting a plastic trophy in their shelves.

Some might say, yeah but it´s their choice, I call double bullshit on that one. We need to inform some of these people and try to break their illusion so that they can try to find other passions in life that makes them feel alive. Sure keep on training, but competing when you´re not cut out for it causes unnecessary risks which can shorten your lifespan. The same people might say, well smoking and alcohol kills too! No shit!? Just because that is true, it doesn’t legitimize other forms of high risk drug usage.

Bodybuilders who have been hooked up on gear for years, maybe decades, and that has evolved into an addiction also built their characters around their size and lifestyle for a long time. They get to be known as the Big Tom or Big Frank or whatever. It might be hard to stop taking gear since the gained mass will decrease when the cycle ends. In many cases this leads to depression and insecurity – that´s what bigorexia is comprised of. It´s a sad, sad situation, because underneath you’re still there. Under all the muscles and water, it is still you… the guy that everyone around you loves, big or not. If they hadn’t they would not be people you would have wanted to have around you.

Again, are you willing to do everything bodybuilders need to do in order to become one of the best? Are you cut for it? And really, do you have the genetics to go there? You must have a very elitist approach when it comes to defining your abilities in order to go all the way. Because if not, is it really worth it?