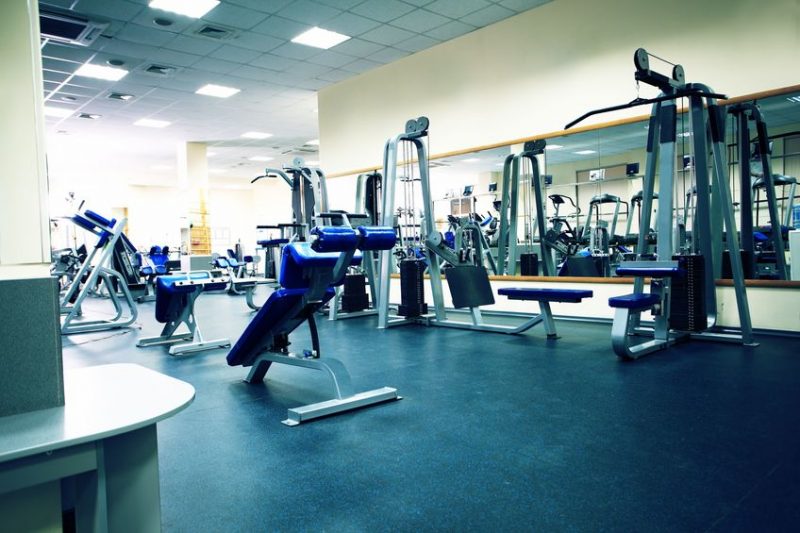 I think it’s safe to say that we’re all well aware of just how expensive the fitness lifestyle is. From the food to the coaching to the travel. For those of you who are competitors, the costs can be rather astronomical, especially when you sit down and start looking at all the receipts. The picture painted starts to look like Mt. Everest; however, in this article I want to talk about fitness people in general and a growing trend that I think you’ll all find very interesting. In fact, I even think you’ll even relate. There’s something I’ve noticed through my extensive travels and through speaking to so many friends and new friends in the bodybuilding world.

And that is the number of gym most people are a member of. I, myself, am a member of two gyms, but I know of people who are a member of as many as three. These folks aren’t competitors, they aren’t personal trainers, and some don’t even have stellar physiques. The question, though, is an interesting one. Why are people spending so much money, when they could easily find just one gym that covers all their needs? After all, finding one gym, means just one month payment. Not only would that be more convenient, it would save more money, and it seems so much more rational.

Well, if you’ve been around the fitness industry and the fitness lifestyle long enough, then you are well aware that what’s sensible, affordable, and practical is seldom the course of action taken. This is an expensive pastime (who many call a sport and/or a lifestyle), it disfavors convenience and favors success – it applauds hard work. Despite the fact that many in the lifestyle are barely scraping by, the last thing they’d do is cut corners on their fitness, meals, or supplementation. Some will actually opt for having no social life, but they gladly forfeit it, just so that they can train and grow to the best of their abilities. Mind you, in most cases, we’re not talking about competitive bodybuilders or even people with stellar physiques. The idea of being able to get stronger, ripped, and healthier is enough of a motivation.

So, the question remains, in the logic of a fitness enthusiast, why is it important to be a member of multiple gyms? The three most important reasons that I’ll cite in this article are (1) equipment, (2) people, and (3) strategy. Let me expound.

Equipment is key for a variety of reasons and not all gyms cater to the same crowds. Bodybuilders, powerlifters, and other strength-based athletes will require more durable, sturdy equipment. Many times, the brand of the equipment will be a good indicator of its quality. For example, Nautilus is as old school as it gets. It was a favorite of legends like Mike Mentzer and Dorian Yates, but due to its high cost, and the fact many gyms have abandoned the hardcore niche, fewer and fewer pieces are seen in gyms today. Physique and strength-based athletes sometimes require more weight than the average lifter, they also want to hit angles that mainstream people may not want to or need to, therefore sturdy equipment is key. It’s also important that equipment allow for versatility, which most inexpensive devices do not. Often times, athletes will find a way, but that’s not to say they won’t be doubly sore and/or in pain from working with devices that are not intended to be used with creativity in mind. Further, cheap machines may also fail, break down, and even create a situation where an athlete could potentially be more susceptible to an injury. Another big factor is sturdiness, especially for stability. Expensive machines are often times much heavier, so the issue of stability is less concerning. Lighter machines are often made of aluminum-like, light metals, which seem almost flimsy. If an athlete loads up the weights (even in a normal, intended way), the machines may shake, fail, and/or wobble. That LAST thing you want mid rep to feel a machine wobble! Lighter machines, oftentimes, must be bolted down, but many gyms fail to to do this, because they assume that their clients aren’t bodybuilders or strength-based athletes. Other gyms may even know physique and strength-based athletes will use their junk equipment, but maybe I’m way off here, but I sometimes think, they don’t care. This atmosphere could easily create a situation where a physique or strength-based athlete could result injured.

In addition to weight-training equipment, there’s also other equipment that comes to mind, particularly cardio. Where hardcore gyms may have everything needed in terms of hardcore machines and a wide range of dumbbells, they may lack cardio. For example, some of the most hardcore gyms that I’ve visited may have had a few cardio bikes at most and maybe a treadmill or two. That’s unacceptable given how much people rely on treadmills, stair masters, ellipticals, etc.

Equipment is by and far a chief concern in belonging to more than one gym. Whether it’s weight-lifting equipment, cardio, tanning and/or even group classes, many folks may opt for more than one gym because it’s unlikely that one gym would meet all these demands effectively.

A second concern is people. Simply put, the crowd at a gym could get pretty annoying after a while. When you first join a gym, everything is peachy keen, because the newness of it all dulls our senses. After a while, though, people’s habits can grow old. Whether it’s loud talking on cell phones, not re-racking weights, wiping down machines or the gym playing really cheesy music all the time – a gym can easily get old. Some will try to switch up the times they go, others will try to blast mp3’s in their ears, and some will simply join more than one gym. Sick of one gym, try another another location (if applicable) for a while, or just maybe switch it up and go to a multiple gym each week – be spontaneous. Competitors also like going to different gyms, based on equipment, but also based on which gyms are more conducive to a particular part of their prep. Some gyms have a very strong social aspect, whereas others are more suitable for just training and being left alone. If it’s peak week, chances are, you’re not looking for a loud, busy gym.

Where you train also has a lot to do with how you feel. I keep a Planet Fitness Black Card membership, as well as a membership to a local gym, which happens to have four facilities throughout Louisville and one in Indiana. I only use this local gym when in town, but PF is perfect for when I’m traveling. Pretty much anywhere I am in the country, I can always find a Planet Fitness. My membership allows me a great workout, a clean place to shower, get a massage and maybe some Tootsie Rolls on the way out. I also have the option to tan in state of the art machines, which are comparable to standalone tanning salons. Planet Fitness offers me great convenience and even if they lack the Nautilus machines, they make up for it when with an abundance of top of the line cardio equipment, tanning, and geographic accessibility. As you can see, being a member of two gyms makes all the sense in the world for me.

Strategy is often key. If you you travel the country, then joining two gyms makes sense. If you’re a competitor, holding multiple gym memberships is also pretty sensible. Years ago, I’d gym hop pretty much every six months, but by having the option to go to various facilities, that pretty much takes care of that. Also, my gym hopping back in the day wasn’t usually graceful. I’d get so sick of a place, I’d leave and never come back. With my current approach, I’m a lot happier, and I have more control of when, where, and who I work out with. Working out should be fun, it shouldn’t be something you dread.

In conclusion, some might think spending $40-$60 a month on gyms may seem excessive, but maybe you might think them spending that much money (or more) on beer, junk food, and impulse buys at the grocery store, is even sillier. At the end of the day, you shouldn’t have to justify how you spend your hard-earned money, but if you feel the need to explain, don’t be embarrassed about belonging to multiple gyms. There’s a growing number of us in the same boat and we’re actually a lot happier for it.

I hope you enjoyed reading this article at Iron Magazine. I look forward to reading your comments here or wherever you see this story. Thanks for reading.

Newer Post
Muscle Memory Is a Real Thing?
Older Post
Should You Give Up Bodybuilding for Love?