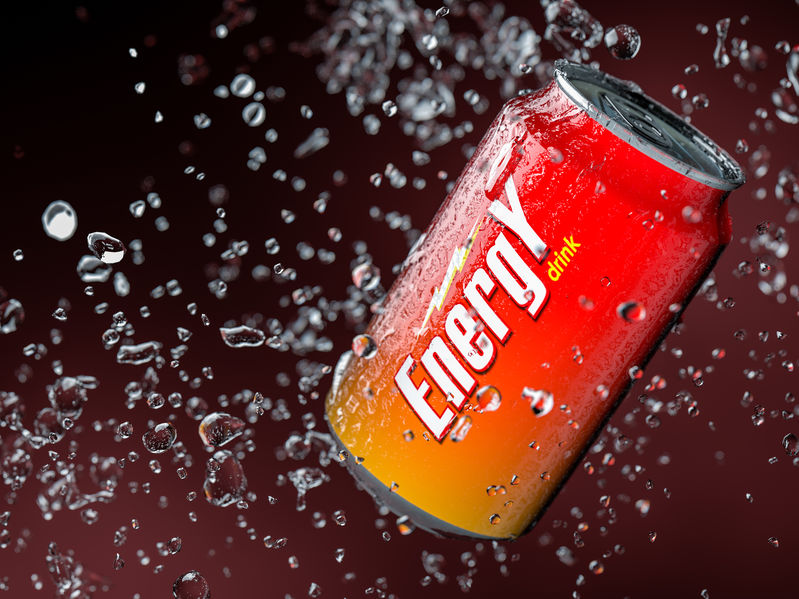 Mainstream media today loves to take things out of context and only give you the information that fits their narrative. Honestly, it’s frickin annoying. Have you watched the news lately? Can you remember any positive things that the news is covering? Majority of it revolves around negative storylines and an attempt to shift our thought process by telling us how we should think and feel. Well, I’m not a sheep, and I’m not buying what they are selling. If they want to change my views, especially on energy drinks, they better come up with more solid facts than what they are presenting currently.

Let me tell you only what I want you to hear

This is how the news (as well as politicians) operates. They throw out a bunch of scary statistics in an attempt to shock and awe us. One example that comes to mind is how last year a gentleman was hospitalized for apparently “consuming too many energy drinks” which caused him to suffer a brain hemorrhage—leaving him with a hole in the front of his skull.

Now, I’m not downplaying the situation, it’s tragic, but I’m not sold that energy drinks alone caused this. What was his health history and background? More than likely doctors never ran and tests upstairs to see if anything was potentially wrong with his brain when he goes for his regular check-ups.

In addition to this story, the National Center for Complementary and Integrative Health (NIH) put out an article on their website stating that between 2007 and 2011, the number of visits to the emergency room doubled from the use of energy drinks. What they lack to provide is the actual number. Sure, a double could be significant. If it went from 5,000 incidents to 10,000 incidents, that’s a considerable increase. However, if the number went from 10 to 20—well, you’re just using statistics to scare people when there really isn’t much of a problem.

They also noted that in 2011, 42% of the emergency visits came from people who were mixing energy drinks with alcohol and/or drugs. That’s like saying bottled water is bad because I mixed Drain-O with water and drank it—causing me to get really sick and go to the emergency room.

There was a teenage boy in South Carolina who, from what they are telling everyone, died after consuming an excessive amount of caffeine. Did you see the keyword in there? EXCESSIVE. If I drank an excessive amount of alcohol, I could die from that too. You don’t see mainstream media attacking Budweiser and Jack Daniels for being “dangerous.” Nope. Because we all know the risk of excessive drinking. So, why would people not know the risk of drinking too many energy drinks, or coffee, or soda, or anything?

Villanova University released a statement where they recommend if people want to stay energized, that they should eat a well-balanced breakfast and foods with soy. Wait, what? Where the heck does soy come into all of this? Soy is the last thing I’m worried about if I want to boost my energy. There are probably 100 other things I’m thinking about before soy would even pop into my head.

Does caffeine affect people differently? Absolutely. If you have health issues, should you consume caffeine or energy drinks? No. Do people do it anyway? Is that even a question? Of course, they do.

High amounts of caffeine can cause an increase in blood pressure, alter blood flow, can cause issues with the heart, anxiety, jitters, disrupt normal sleep patterns, etc. I’m pretty sure those who consume energy drinks are well aware of the potential consequences if abused. After all, they know it can give them high amounts of energy, so unless they are naïve, they understand the risks involved if they take things too far.

Are the risks even higher in people who already suffer from heart issues and high blood pressure? Yes. Does that stop people? No. But, that’s their prerogative and none of my concern—I’m not their mother.

This raises my blood pressure without the use of energy drinks

I’m going to do what I want, regardless of what mainstream media says. And you should too. They want to paint a picture of how bad certain things are yet the death rate is nearly nonexistent when compared to other major diseases, cancers, illegal substances, drugs, etc. Yet, they don’t want to bring that up. Why? Because it would be the only thing they talk about on the news. More people are killed by drunk drivers each year than people who die because of energy drinks. Let’s at least put our focus where it should be—on things that would make a bigger impact on our society.

Enough with the witch hunt. Find something else to talk about with more research surrounding it than drawing straws on the topic of energy drinks. Or maybe actually be a journalist for once and find something of importance to talk about.

Newer Post
A Personal Trainer’s Worst Nightmare
Older Post
If You Don’t Understand the WHY and HOW, You’re Doomed to FAIL