Reflections from the Arnold Classic 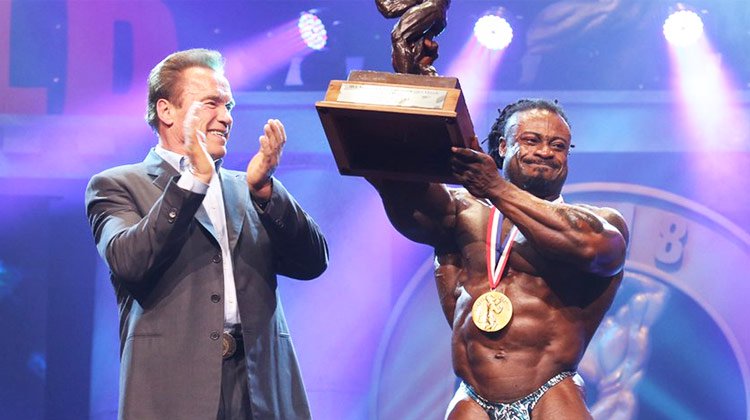 The 2018 Arnold Classic will go down in history. Not only was this the 30th anniversary of Arnold’s namesake event in Columbus, OH, but it brought together one of the most formidable lineups in recent history. Between defending champion Cedric McMillan (a Top 10 Olympian), 5x Arnold Champion and former Mr. Olympia Dexter “The Blade” Jackson, as well as 2017 2nd Olympia Runner-up William Bonac, the lineup boasted a who’s who of top bodybuilding talent. Other notable competitors created substantial buzz just with their very presence, including Steve Kuclo, France’s Lionel Beyeke, and of course, the return of the Dennis “The Big Bad” Wolf to the competitive stage. The 2018 event reminded many that they’d be witnessing a competition, second only to the Mr. Olympia. All the major press networks were present, from Muscular Development to NPC News Online, & everyone wanted to be sure to report all the happenings – both on stage, at the largest expo in North America, as well as at the after-parties and around town. There’s absolutely no question that whoever won this event, would certainly harness a great deal of momentum going into the upcoming Mr. Olympia. As we all know now, Bonac would emerge victorious, but what does this win truly mean for him and for how the 2018 Mr. Olympia will be marketed?

William Bonac won a title against other great champions. At last year’s event, for whatever reason, Cedric’s only real competition came from the late, Dallas McCarver. That showdown forced both men to dig deep and give 110% in pursuit of the title; however, there weren’t any real threats besides them. At the 2018, there were several guys who could have potentially won. Interestingly, most contests come down the wire between the Top 2 and this past Arnold was no different. Despite the fact that McMillan looked impressive, it wasn’t enough. I was somewhat taken by surprise that Cedric didn’t come in better. In the absence of Shawn “Flexatron” Rhoden, I would have thought that contest prep guru Chris “The Technician” Aceto would have been able to spend 24/7 with his top client. Maybe he did, maybe he didn’t, but the defending champion just wasn’t on the same plane as Bonac or Jackson. Others who also looked good, though not good enough to win, included a very impressive Steve Kuclo and Lionel Beyeke.

At some point, we find ourselves looking at competitors that have everything required to be great champions, yet merely reaching the peripheries of the Top 3 / Top 5 is the best they’ll ever know. France’s Lionel Beyeke has long been considered Mr. Olympia material. He has a complete physique, great muscle bellies, great symmetry and is a world renowned poser. Nonetheless, he can never seen to come dialed in. With the exception of one contest in Brazil, a 100yrs ago, Beyeke has proven unable to nail his conditioning – a rather elementary feat he should have mastered LONG AGO! Beyeke’s inability to bring his best package isn’t just frustrating to me, I think, but to the fans and judges as well. I like ya Lionel, so don’t think I’m givin you a hard time, just to name drop, I’m givin you a hard time b/c you could be #1, but I digress.

The 2018 Arnold came down to two men – Bonac and Jackson.

Even today, when I see photos appear throughout social media, friendly debates carry on. Who was better, Jackson or Bonac? These debates are a testament to the level of excellence at this year’s Arnold Classic. First of all, photos don’t decide shows and that’s something fans, including commentators like Luimarco need to grasp. Bodybuilding is not a competition of still poses, it’s a SPORT where holding poses is important, where transitions show posing mastery, and how one athlete holds his/her own with his/her colleagues is factored in. Nonetheless, bodybuilding fans, from Facebook to Twitter to Instagram and message boards, will scrutinize each muscle, the flow of physiques, and the aesthetics. Both Jackson and Bonac exhibit art. Both men, I consider, to be aesthetic greats. Things like definition, vascularity, and separation become the go to differentiators. Both men are a true flashback to the 70’s & early 1980’s. Both men would be make great Arnold champions; both men would make great Mr. Olympias.

The high level of competitiveness at this year’s Arnold Classic also shows us that bodybuilders, even former greats like Dennis Wolf, cannot take more than a year or two off and expect to come back and regain their former momentum. Let’s look back to the 1980 Mr. Olympia, when Arnold decided 8wks out (after feeling snubbed by Frank Zane on an interview) that he’d compete. No one, including Arnold, would ever say that his ‘80 look was his best; however, it was good enough to win. Zane wasn’t a 100% due to previous injury, but that notwithstanding, Arnold had been gone from competitive bodybuilding for years. That simply could never happen today. Today, most top level guys can take up to 6 months off – tops – but if they’ve been out longer than 12-18 months, their prospects of a strong comeback at either the Arnold or Olympia, are pretty bleak. Even in ‘80, Tom Platz said bodybuilding had changed, and he spoke with doubt insofar as Arnold’s chances. Today, you’d be hard pressed to find anyone who’d think someone could come back after an extended hiatus like that, compete, and never skip a beat. After all, this speaks pretty much to the situation with Kai Greene. If anyone thinks he can just pick up from where he left off, some two years ago, and command those same places after so long off the stage, I think that’s pretty naive.

William Bonac’s win in Columbus, coupled with is Top 3 finish at the 2017 Mr. Olympia, should provide him with substantial opportunities. This is an athlete lacking major sponsorships. Although Bonac may not be the darling of the industry news media, he may very well become one. In fact, it wasn’t until Luimarco set his sights on The Conqueror that he started gaining more interest. The youtube star lambasted Bonac, assuring his 500k+ subscribers that he was finished as a Top 6 Olympia competitor. The fact is Bonac won a stacked Arnold Classic, schooed Lui and (hopefully) shut him up. Nonetheless, is that what it takes for one of the greatest bodybuilders in the world to get recognized? The time has come for Bonac to grace magazine covers, get hounded by writers, and mobbed by fans. What if Bonac denied Heath his 8th Mr. Olympia and a new era began in September? It’s not only possible, but at this point, it’s feasible.

The Conqueror has hit the jackpot in terms of placings. Now it’s time for the bodybuilding press to rally behind him. While Big Ramy has most definitely come up over the years, improving his condition, posing, and even getting much better with his English, I had Bonac over him at last year’s Olympia. With Phil looking to tie Lee Haney and Ronnie Coleman this September, it sure looks like Bonac would be the one man who could stop him. I don’t know what the other publications and websites will do, but Iron Magazine and IronMag.com plan on covering this showdown extensively. We all witnessed history in Columbus and we see, in Bonac, someone who could potentially halt Heath. That’s a big statement, but we stand behind it, 100%.

Only time will tell, but one thing’s for sure, William Bonac has his eyes on the prize and he’s comin for the Sandow in Las Vegas!! Everyone should be ready, especially the champ!