A bodybuilding contest is a sports event – that seems like a pretty obvious no-brainer, right?. Athletes prep for shows insofar as how they eat, what supplements they take, how they train and how they pose. There’s an ongoing debate as to whether bodybuilding is only a sport or a way of life, but whatever it is, it’s to be taken seriously. An NPC/IFBBPL sanctioned event has a great stage, officials, judges and press. Another big group to keep in mind, is the audience. There are significant-others, parents, and children. Some say that a contest is a family event, but even folks who may dissent from that notion, recognize that as an athletic event, there should be a certain level of decorum. Everything is about striking the balance. A successful bodybuilding event doesn’t have to mirror a Disney production or meet the burden imposed by political correctness, but there has have to be some limits as far what’s acceptable and what’s not.

All athletes, regardless of the division, are expected to hit mandatory poses. Mandatory poses are essentially the primary focus of the pre-judging. For fans that either haven’t gone to a show or haven’t gone to enough shows to understand the difference between the morning and night shows, let me explain a bit. Most fans, whether friends and family of competitors or bodybuilding enthusiasts, will buy tickets to the night show. In fact, I have been to huge contests, where the pre-judging has a minimal audience. The first part of the show is really for the judges. There’s no screaming, clapping, there’s no time or reason for athletes to exhibit any poor sportsmanship (not that much ever takes place anyways). Pre-judging isn’t meant to be entertaining and a lot of times the athletes are at their weakest, having to nail key poses, hold poses, and transition as gracefully as possible while dehydrated and/or working at caloric deficits. Prejudging is also generally very early in the morning, has no music, no guest posers and no intermissions where folks can mingle. That all being said, the prejudging is where the placings are determined. I’d say 75-90% of the judging takes place there. In close calls, however, the night show could give someone a slight edge to move up a place for two – it’s not unheard of, but rare.

I think any true fan of bodybuilding will want to attend both parts of the competition and as a result, many promoters offer combo options where buying tickets to both shows as a package offer great savings. 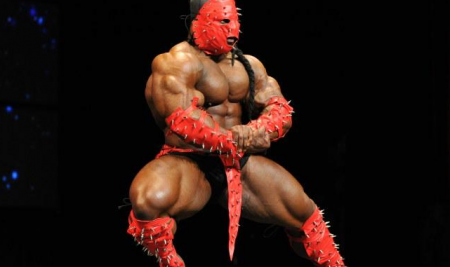 Now that we’ve established what the purpose of the pre-judging is, we should address the fan favorite – the night show. The night show is where athletes have individual routines. The major oversight here is time. It’s key for athletes to get their CD’s to the DJ in a timely manner; it’s also key that their routines comply with the permitted time allowed. A seasoned veteran won’t just free pose to a song, but they’ll choreograph it, hitting key poses showcasing the very best their physique has to offer during key parts of the song. This strategy, here, adds a sort of cinematic effect, creating emphasis where the athlete believes he/she excels. This is also a great opportunity to further any illusion(s) the athlete is trying to carry out. During the pre-judging, the judges have a much better range of vision, nonetheless, a talented poser (in the vein of a Lee Labrada) could make up for height and size shortcomings, by nailing, holding, and accentuating poses to such a degree that mass monsters’ overwhelming size gets all but forgotten. Great posing at night, can be even more persuasive than in the morning. This is why size doesn’t always mean victory. We’ve had jaw-droppng, legitimate giant killers, over the course of history, totally dominate some of tallest, heaviest guys imaginable. For the night show, a 5’2, 170lb bodybuilder could look like a Marcus Ruhl doppelganger and totally steal the show!!

The individual free posing routine could also send some undesirable messages as well. What I’m about to say can also apply to guest poser routines. Music is key. In the 1950’s Southern Conservatives believed that rock ‘n roll was the devil’s music, some believed the same about jazz, decades earlier. Elvis sent the Bible Belt into an uproar, not simply for what his lyrics said, but for how he danced to his music on stage. I like to think that our sensibilities as a society have evolved (or devolved, depending on your point of view) largely since the 1950’s, but we must keep in mind that there are still families and kids in the audience. Some songs, even the clean/radio versions, may be too much when it comes to tracking a posing routine. Again, it’s not just what the music says, but also how the athlete presents it in their posing routines. 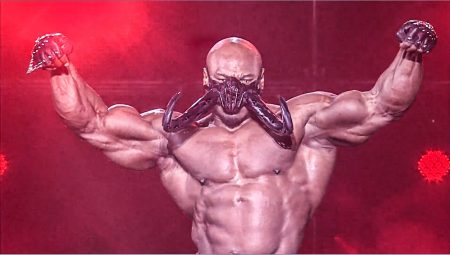 Music glamorizing criminal activity, violence, and/or attacking women, religion, or our country, would be poor choices for an athlete to use. I’m not aware of there being any rules in place, nor am I suggesting rules be drawn up. Politically speaking, I’m liberal on some things (e.g. social spending, foreign policy), conservative (e.g., fiscally), green (e.g., environmentally), and very libertarian (e.g. personal freedoms). I don’t believe we need rules in place in order to keep to basic modicums of decency. The vast majority of people understand that a song calling women “hoes” or a song glamorizing the burning of the American flag, are wholly inappropriate. Sadly, there’s always 1-2 people who either don’t have common sense – or – are so oblivious to even the most basic sensibilities, that they push past the patently obvious, albeit invisible, line of good taste.

I wish I could say that this article is reserved for rookies, for folks completely unaware of our sport runs, but it’s not. We’ve had some top, top, TOP level guys guest pose in what could only be described as “bondage gear.” We’ve had other competitors’ posing greatly resemble what could be seen at a cabaret. Sometimes the judges will say something, sometimes the officials might, other times the fans might give them a look, hoping they get the unspoken, awkward message. What I have found works the absolute best, are coaches and fellow competitors intervening backstage. I have heard of competitors giving each other tips, in a friendly and candid way; this approach goes over very well. Teams also have a great way of keeping the bar high, because they can communicate freely among themselves.

Posing routines are a great opportunity that should be taken seriously. In just a matter of seconds, a competitor can show the judges, audience, and the fitness industry & press who they really are. A great routine can truly explain everything, without ever uttering a single word. The hope is, that the message is an appropriate one, something that truly inspires the audience, and grows both that athlete’s fan base, as well as, the sport itself.