by Matt Weik For those of you who were or are college athletes, you might have heard about or even played in the era where there were regulatio 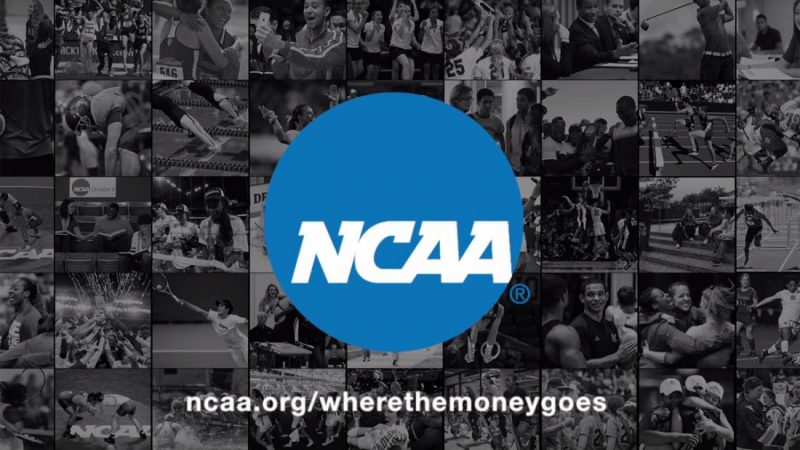 For those of you who were or are college athletes, you might have heard about or even played in the era where there were regulations set by the NCAA regarding how much protein a university could give their athletes. This regulation did not allow schools to give their athletes any “supplements” such as protein bars or protein shakes that contained more than 30 percent of its calories coming from protein. As I’m sure many of you are doing right now, this caused many strength coaches, sports nutritionists, and athletes to scratch their head. However, in January 2017, the protein rule was deregulated—thankfully.

No protein for you!

As some of you might know, I played collegiate tennis. I was already deep into weight training and borderline bodybuilding at the time, and I was always looking for supplements to help me get stronger and put on lean muscle mass. At that stage of my career, I was weighing in around 130 pounds soaking wet (remember, I was a tennis player, not a football player so I didn’t need to be big). However, I wanted to put on size not only to help with performance, but also for aesthetics. After doing research, I found various protein powders that I wanted to try.

Being that the school was given an allowance of “nutritional supplements” I asked if we had any protein bars or shakes. My coach looked at me as if I had a horn growing out of my head and said they aren’t allowed to supply such products. What? That was the most ridiculous thing I ever heard.

Then, years later when I got into the supplement industry, I was running a Team Sports program for a brand and ran into the same issues years after my playing days ended. Majority of the products I had available were not allowed to be purchased by universities (of any division). Products still couldn’t be made of primarily protein or they were deemed “muscle-building supplements” and were considered impermissible by the NCAA and schools would be sanctions against them if they were found violating these rules.

What the rule stood for and why it was deregulated

This rule was No. 16.5.2 (g). It stated, “nutritional supplements containing more than 30 percent of calories from protein are classified as muscle-building supplements and may not be provided to student-athletes.” Similar to what I mentioned above. In addition, there were many other supplements that were deemed impermissible such as creatine, caffeine, BCAA, glucosamine, and many others.

Since the deregulation of the protein rule, the new wording is as follows: “an institution may provide permissible nutritional supplements to a student-athlete for the purpose of providing additional calories and electrolytes. Permissible nutritional supplements do not contain any NCAA banned substances and are identified according to the following classes: carbohydrate/electrolyte drinks, energy bars, carbohydrate boosters, protein and vitamins and minerals.”

Many groups and associations for years have been protesting the protein rule, saying it’s actually harming the athletes by not allowing them to take in an adequate amount of protein—especially with the demand they are putting on their bodies every day as athletes. Now mind you, athletes could go purchase protein products on their own, as the regulation ONLY prohibited programs from supplying their athletes with the products.

One reason why these groups and associations had a fighting chance at getting the rule overturned was due to the risks put on female athletes. These athletes can fall into what is known as the “female athlete triad” where not taking in enough protein can cause low bone density, low energy, menstrual dysfunction, and put these women at a higher risk of injuries.

Another reason behind what got the rule overturned is the fact that the NCAA was pushing carbohydrate replacement products heavily (pretty much as a replacement for protein supplements for recovery). The groups fighting to get the rule deregulated mentioned that, “High-carbohydrate supplements put an already at-risk population at a greater risk of developing metabolic syndrome. Providing these at-risk athletes with a high protein post-workout supplement, plus complex carbohydrate foods would help decrease the amount of simple sugars consumed in their diets. If sports dietitians were permitted to provide protein supplements to their athletes, they would more effectively control the amount and type of protein the athletes receive and precisely match the individual athlete’s nutritional need.”

If you look at football players, in order to maintain their mass, many of them are consuming high amounts of carbohydrates as it’s the only thing they can be given—use lineman for example. Their weight already puts them at risk, and their nutritional behaviors are simply creating a downward spiral for their overall long-term health.

In addition, just because a program cannot provide a protein “supplement” at the time, nothing stopped the athletes from hitting up the cafeteria and consuming large amounts of protein—milk, chicken, meat, fish, eggs, etc. So, in my opinion, it was only a matter of time before the rule was overturned. A solid case just needed to be built to help it be pulled from enforcement.

This is all great news for athletic programs, and I expect to see bigger, stronger athletes in the years to come. In addition, I suspect that these athletes’ overall health will be improved as well. If you’re a fan of college athletics, like me, you’re in for a real treat.