Mushrooms Could Be the Next Big Functional Food Item 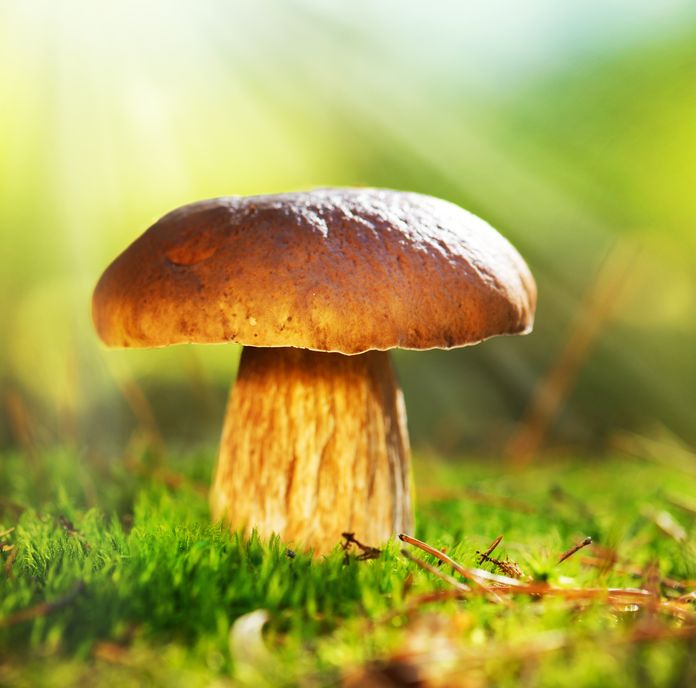 In the sports nutrition world, we are always looking for the next big thing when it comes to improved health and performance—in any way, shape, or form. It appears that mushrooms are on the radar and are being looked at for their health-promoting properties. These fungi have been used for years by many to help improve overall health and wellness, and are now being used in powder form, being made into jerky as a healthy meatless snack, among other uses. Will we see more in terms of functional foods in the future? Researchers say there’s “enormous potential” for such.

Researchers have mentioned that, “a mushroom nutraceutical is considered a refined or partially refined extract or dried biomass from either mycelium or the fruiting body of a mushroom which is consumed in the form of pharmaceutical formulations, capsules, or tablets, as a dietary supplement and has potential therapeutic applications.

Mushrooms are natural matrices of excellence. Their bioactivity has been proved and therefore, their incorporation in foods has been studied. However, these new food products have not yet gone to market and most of the mushrooms and their compounds are mainly consumed in their natural form or in dietary supplements.

Despite interest in such products having grown over years, in Western countries, mushroom products are not as common as in Asia and legislation needs to be implemented to permit an increase in their consumption.”

Will mushrooms become FDA regulated for Big Pharma only?

When looking at the present studies, mushrooms (according to research done on rodents) have a vast variety of properties such as antioxidant, antifungal, antiviral, antibacterial, and anti-parasitic. In addition, mushrooms have been shown to help improve heart and liver functioning. That right there is enough to make many pharmaceutical companies have their pants fitting a little tighter.

With such health benefits, you know the pharmaceutical industry is going to want to lock it up before the supplement industry has a chance to get their paws on it. Like anything that works, the pharmaceutical industry wants regulations put in place so that they are the only ones who are able to manufacture, distribute, and sell any new food science surrounding health and wellness. Unfortunately, their industry is conveniently pulling a reach around with the government to ensure maximum profitability on pretty much any supplement that has been found to work effectively.

Will the supplement industry every jump on board with mushrooms in general? They’d be foolish not to. However, I don’t think we will ever see it in the sports nutrition space. Natural and homeopathic health? Absolutely.

If it would enter the supplement industry (sports nutrition) it would end up being more for overall health benefits than anything. Such as things like a multivitamin/multimineral product that includes some extra ingredients that have been shown to help boost immunity and health.

Being that there really aren’t any side effects to consuming mushrooms, there appears to be a potential to use the fungus in many functional food sources. The only noted side effects that could occur through consumption that have been found would be diarrhea and bloating which end through discontinuation of consumption.

In addition, the literature I found mentions that there are actually some functional uses already being looked into. For instance, they are saying that mushrooms could be used to replace things such as cereal flours. Not only would it decrease the total carbohydrate count in the product, but it would also add in some much-needed fiber and amino acids.

They also mentioned that another functional food they are potentially looking at involves cheese as well cheese-like products that could have some cancer preventing properties.

Will we see such products make it onto the shelves? In my opinion, I definitely see mushrooms being used as functions foods being a viable option and extremely profitable. While I’m not a fan of mushrooms, in a powder form or if added into another food source, you probably wouldn’t even be able to taste them. For that reason, I’d be willing to give them a shot if studies come out showing health benefits for humans (and not just rats). Would you? Let us know in the comments!

2.) Reis, Filipa, et al. “Functional foods based on extracts or compounds derived from mushrooms.” Trends in Food Science & Technology, 10 May. 2017.