Newer PostWhat is a Healthy Snack?
Older PostComplacency Kills: Get Your Mind Right 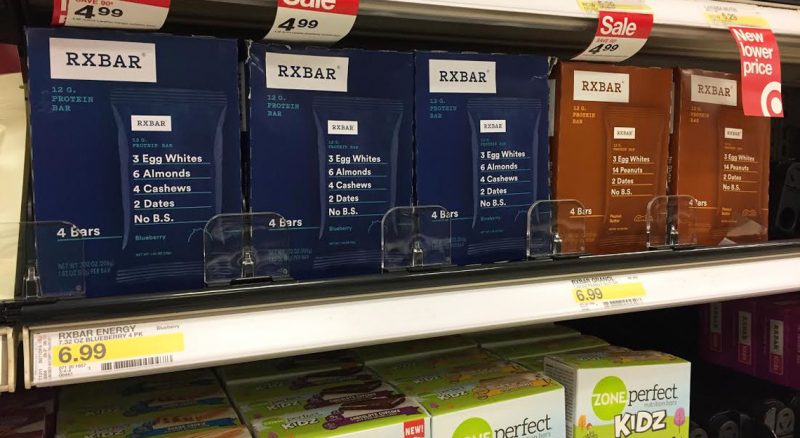 The Kellogg Company is entering the nutritional bar space with the purchase of Chicago Bar Company, LLC. While 99% of you have probably never heard of them, I’m sure you have heard of their best-selling bar, the RXBAR. Kellogg worked a deal with the Chicago Bar Company to purchase RXBAR for an astonishing $600M. But, can a cereal brand help a bar company grow? Here’s my reason why I believe this is going to work out well.

Was this the right move?

Just a little background and history for you… Chicago Bar Company, LLC was founded and ran by CEO Peter Rahal. RXBAR was formed in 2013 when Peter got sick of the protein bar landscape the profiles he was used to seeing and started making the bars by hand before going all in with manufacturing. Sales for 2017 are estimated to be around $120M. Kellogg’s mentioned, “We expect the multiple on projected 2018 EBITDA [earnings before interest, tax, depreciation, and amortization] to be in the range of 12-14x, inclusive of the tax benefits to the purchase price.”

Rahal said, “Joining Kellogg is not only a great cultural fit, but it provides us with the tools and resources to accelerate our growth so the brand can scale even faster than it is today.”

For Kellogg’s this was a great move. New Kellogg’s CEO, Steve Cahillane stated, “With its strong millennial consumption and diversified channel presence including e-commerce, RXBAR is perfectly positioned to perform well against future food trends.”

Could the Chicago Bar Company have continued to grow the brand and eventually sell for a higher price? Probably. However, the deal will work out for both parties quite well. RXBAR will run operations as normal, but will be able to utilize Kellogg’s scale and resources to further grow their brand.

Consumers are spending the money

There’s no denying that consumers are loving the RXBAR. It’s an extremely clean bar that appeals to many demographics who are looking for a nutritional bar that has a moderate amount of protein and real food ingredients. Each bar contains egg white (which aid as a binding agent to help keep the bar together), fruit, and nuts. There is no shortage of RXBAR flavors either with flavors like pumpkin spice (seasonal), chocolate sea salt, peanut butter cookie, coconut chocolate, chocolate chip, blueberry, mixed berry, maple sea salt, mint chocolate, coffee chocolate, peanut butter, apple cinnamon, as well as kid’s bars as well. You can find RXBAR all over the internet, as well as in food, drug, and mass markets across the nation.

The packaging on the RXBAR is brilliant in my opinion. It’s sleek and simple and showcases exactly what the bar is made out of with an edgy tagline at the bottom of the label (No B.S.). Each bar contains around 210 calories with 12 grams of protein. This profile puts it in line with many other top-selling nutritional bars on the market.

How can Kellogg’s help RXBAR other than financially?

One thing that not many people realize is that in 2017, Steve Cahillane left his position as CEO at NBTY (Nature’s Bounty). NBTY was looking to be purchased by KKR which went through in late 2017. Steve landed over at the Kellogg Company where he now holds the position of CEO.

So, how does all of this play into RXBAR and the potential for growth? Well, NBTY owns brands such as MET-Rx, Pure Protein, Balance Bar, and The Best Bar Ever—all major protein and nutritional bars in the space. With the knowledge Steve gained from his time at the helm of NBTY, he can take that experience and guide RXBAR in the right direction for continued growth and scalability.

How this all plays out in the end will be anyone’s guess. We’ll have to sit back with our popcorn and watch from afar. However, I have a feeling they won’t do much to change how things are ran with RXBAR and will simply allow them to piggyback off of the deep pockets that Kellogg’s has in order to market the brand better and potentially get the bar out in front of a larger demographic.

All in all, it’s my opinion that both parties made out like bandits in this deal. Kellogg’s is a huge company with many brands such as cereals, Eggo’s, Pop-Tarts, Famous Amos Cookies, Keebler cookies and crackers, Pringles chips, and many others. Adding RXBAR to their already deep portfolio only gives them a wider range of available product. This acquisition is going to pay off dividends in the end if you ask me. Wait and see.