Is This Ramy’s Olympia or Can Kai Steal the Show? 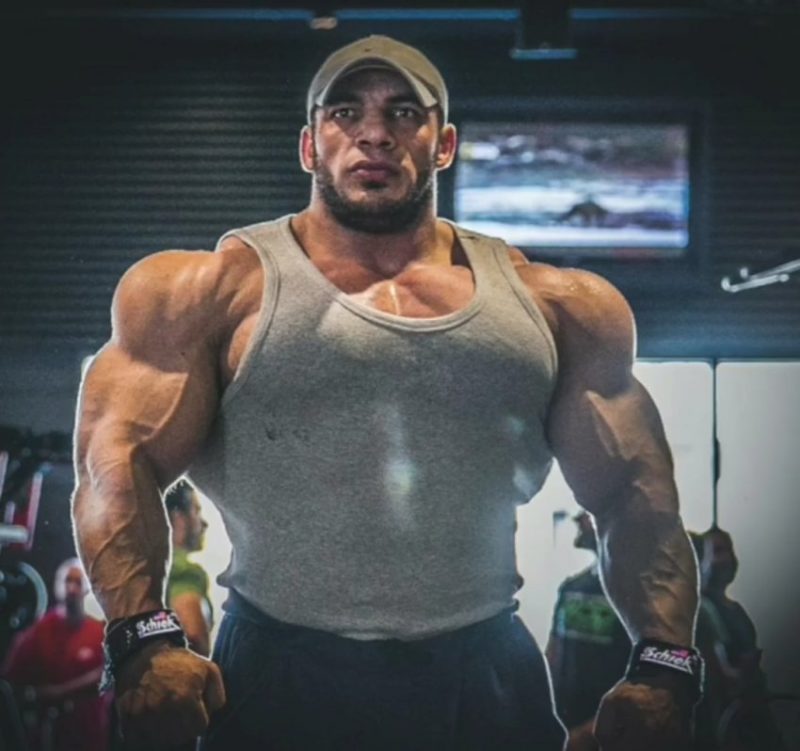 There has been some interesting news hitting the bodybuilding world with some new changes to the Mr. Olympia contest held in Las Vegas. With about two months until the show, there is much speculation as to if this will be the year that we see Kai Greene’s return and if Ramy can nail his conditioning and spoil Phil’s 8th Sandow attempt. What say you?

Bader, over at Oxygen Gym in Kuwait, was kind enough to leak some images recently of Big Ramy during his prep. And from the looks of it, he’s as big as he’s ever been and still very well-conditioned. His absurdly muscular build isn’t anything out of the norm, but he looks to have brought up some of his weaker points and added more of a 3D look that allows his muscles to pop and add a new dimension to his already cartoonish frame.

One thing, however, that the Camel Crew is neglecting to show us is Big Ramy from the back. When standing next to Phil, this is where Ramy took some right hooks with criticism. There aren’t many people who can stand next to Mr. Heath these days and hold their own from any pose from the back. Phil worked tirelessly to bring up his lagging back and has transformed it into one of his strong points.

With all of that being said, we still have quite a few weeks left before the stage is lit and the oil is applied. It’s anyone’s guess as to how Ramy will come into the show. I still think Ramy looked best (at the Olympia) when he was working with Chris Aceto, but that’s my personal opinion. Can the Camel Crew shed off the last bit of fat Ramy’s holding onto while maintaining his size or will we once again be deflated and post-Olympia be talking about how Ramy missed his mark again? Only time will tell.

I’m not putting much excitement into the thought that this might be the year that Kai Greene steps back on stage – at least according to his social media post hinting at a possible return thanks to a new round of judging where the fans get to vote. While I don’t think we’ve seen the last of Kai breaking it down on an IFBB Pro stage, I’m not so sure his hint at coming back to win the Olympia is going to come to fruition.

After stepping away in 2014, it’s hard to not agree that the Olympia and even the Arnold line-ups felt as if they were greatly missing his presence. The fans wanted him. The competition wanted him. Yet, for several years now, Kai has gone down a different path and it didn’t have anything to do with standing on stage in his posing trunks. Kai is an amazing entertainer – possibly one of the best to have ever walked on an IFBB Bodybuilding stage. But, with that much time off from a contest prep, his age, and the fact that the competition has stepped up their game, does he still have enough to impress the judges when in a top 5 line-up? I’m not so sure.

Ramy, Winklaar, Bonac… and of course Phil, all of them on any given day can potentially beat Kai. So, if The Predator decides to come back, he could very easily turn into the prey of many competitors.

But let’s be real for a second, Kai only wants to go back to the Olympia stage with one goal in mind, and that’s dethroning the champ, Phil Heath. Kai isn’t going up on that stage to be voted on by the fans as the “People’s Champ.” And quite honestly, I don’t have any doubt in my mind that if Kai stepped back on stage at the Olympia that he wouldn’t be crowned the “People’s Champ.” The fans love Kai.

Something else that I have been thinking about is even if Kai were to come back AND WIN, would he then ride off into the sunset, never to appear in the IFBB again? Or, would he stick it out and continue competing at that point? Would a win light the fire in him to get back into the competition world? Personally, I don’t think so.

And again, I really don’t see him coming back for the Olympia – even if it’s wishful thinking on everyone’s part. I would say this though, if Kai came back for this year’s Olympia it could very easily be the top-grossing show from ticket sales in history. Combine his comeback to potentially dethrone Phil, the question mark with Ramy, and who knows what Winklaar or Bonac will come in looking like, it could turn into one of the most exciting Olympia’s in history regardless.

I wonder if the IFBB and Jim Manion will give/send Kai another invite to the show or if they have moved on from the Kai craze? From their point of view, they’d be foolish to not try to get him in the line-up. Overall, regardless, I can’t wait for this year’s show. Phil has an opportunity to continue his reign and further his quest to make bodybuilding history. Will you be there?