Is Bodybuilding Beneficial for Your Health? 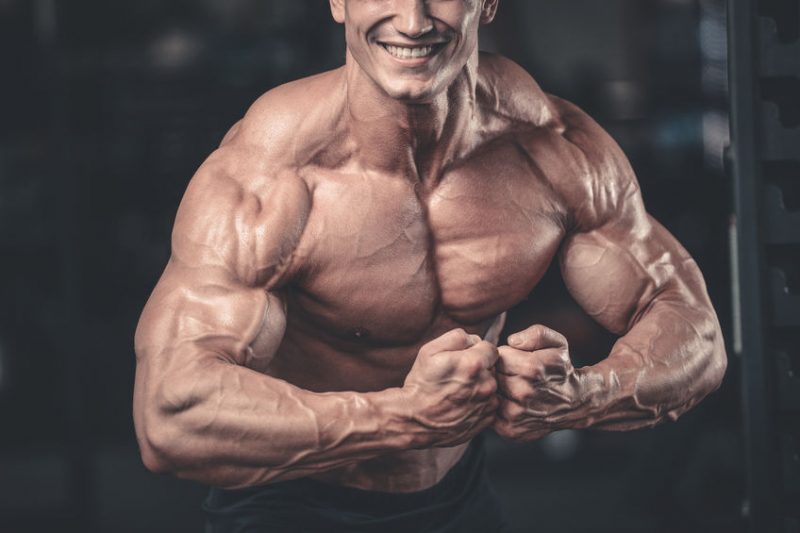 All of us who began training at one point in time implemented the fundamentals of bodybuilding. It wasn’t complicated; we used the basic exercises, nothing fancy. We got progressively stronger by increasing the weights on the bar, and we perhaps broke a personal best here and there.

Not everyone was perfect from the start though. Some trained a little bit too much and without enough rest while others needed to hone their technique. But along the way we picked up things as our balance and motor skills improved. Boiled down, it was fun, basic, a straight up success, and yes, it was healthy.

People started to take notice as we gained weight and our inches increased; our confidence grew. We also learned basic nutrition and why we need carbs and protein in order to get energy and repair the broken muscle fibers to make them bigger and stronger.

As the months and years went by, we sometimes hit plateaus, and it got harder and harder to break the previous records. The body weight was stuck, and the inches on didn’t want to grow no matter how heavy and technical the lifts were. After a while many began to take a glance at the largest elephant in the room, the one who could help to break those illusive barriers – anabolic steroids.

In the end, some of us made business with the elephant, which sometimes led to a few breaking those plateaus while others barely saw changes. Those who used gear for only a short period of time came out pretty healthy without any serious side effects. But for those who continued, it got worse. Some got depressed after the cycles and developed anxiety (also during, in some cases) and social phobia. Remember that these guys were around 18-20, and even if they were predisposed to mental issues, gear definitely speeded up the process. Some also developed joint problems such as busted up shoulders, elbows and knees. The list goes on. It was a mix between all worlds, positive and negative, but one thing was certain: The risks were always there and there were no free rides. Another thing I noticed was that gear defiantly was a gateway to other forms of recreational drugs and also a criminal lifestyle which led many of these guys who were my friends to die at a very young age. This was often related to abuse of recreational drugs.

Would this have happened if it wasn’t for gear usage as a key to an anti-social lifestyle? – In some cases maybe; a few found their way to criminality because of other things. But for many, gear was the starting point.

When it comes to answering the question of whether or not bodybuilding is healthy, the answer depends on what the goals are. And yes, PEDs are part of the most elite sport… at least the physical ones. However bodybuilding stands out as an extreme in comparison.

From a general perspective, pro bodybuilding is not healthy, not even the amateur side of it. The amount of intense training year after year takes its toll on joints and ligaments. In addition, the amount of gear is not beneficial for the heart, liver and kidneys to the extent that it can decrease the lifespan.

At the same time, it’s substantial to point out that side effects are included in almost every elite sport out there. To aim to be the best in any sport will have a few negative effects. For example boxing increases the risks of brain damage; basketball damages knees and shoulders; football has it own set of injury risks.

The important element in all sports is that there´s a glory to winning. Being a champion in an elite sport I one of the biggest efforts a human can accomplish, and hopefully the glory outshines the negatives.

In addition, the risks should be taken by those who can go all the way in their particular sport. Some might ask how anyone knows how far they can go without trying? Well after you get to know your body and are around the sport, you will hopefully come into a deeper understanding if you´re good enough. However, that doesn’t say that you should live the bodybuilding lifestyle. Maybe you shouldn’t use gear since there can be a huge health risk involved, and why if can’t even make an impact even on the amateur level? Is it because of boosting your ego, to get some kind of weird affirmation? Come on man, get real, you are stronger than that! If you don’t have the DNA to go all the way up to the higher ranks, choose the natural side of bodybuilding, you can still love the lifestyle and culture just as much, if not more.

When it comes to athletes with champion potentials there are a few high ranked pros who at least seem to be able to use gear during longer phases, and they recover fairly well after their careers are done. But surely not all. Some of the freaking die on trying.

It is also important to emphasize that pros on the higher levels do regular health checkups with specialized doctors. The pros also have gurus or know what they are doing and don’t use underground juice cooked up in someone’s bathtub. No, instead they use pharmacy grade drugs.

Another thing that everyone who has been on gear and might want to quit one day should keep in mind that it might be extremely hard because one has to get used to less pump, less strength and a depressive state. But remember that humans are extremely adaptable, so it’s just a matter of getting used to the situation and realizing that you are going back to your roots from the early stages of training.

Remember that you are the creator of your life in which you can design your own version of bodybuilding. There is nothing wrong with being natural and having passion on your side that makes you grow both within and outside. And you will have a healthy lifestyle if you follow up with great nutrition and training programs.

No one should get too caught up on the signals of social media in regards to how you should look; create your own philosophy of training. Do your lifts, go to war in the gym, get the pump. But foremost, feel good about yourself!

Back to the main question if bodybuilding is healthy or not? Well yes it can certainly be healthy, but it’s up to you to make analysis of the wood work and what risks you are ready to take. And don’t forget that gear is not the key to becoming a champion; the most fundamental element one is the one your parents gave you – genetics.